9 Things Super Productive People Do Before Noon, According to Research 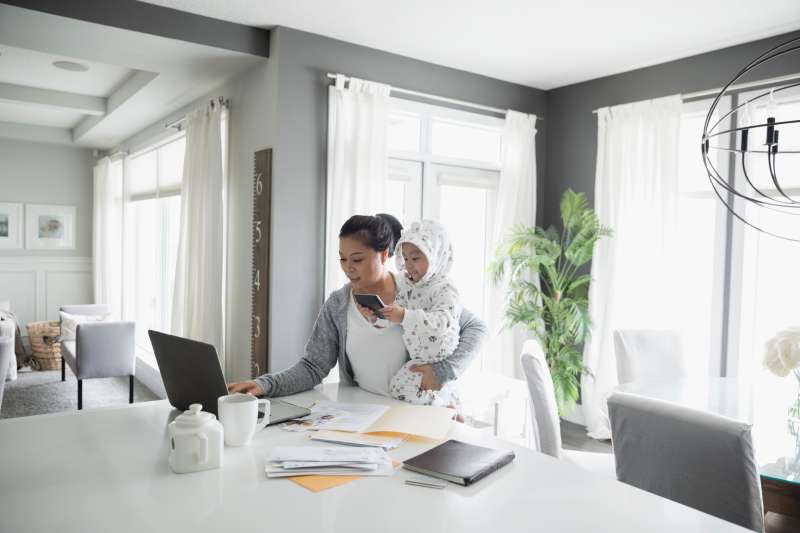 We can’t all be morning people, but according to a recent study you might extend your time on Earth if you could just wake up a few hours earlier each day.

Researchers studied over 430,000 people, aged 38 to 73, for six and a half years to see how their “early bird” or “night owl” lifestyles affected their health and wellbeing . The results proved that health-wise, night owls may be at a disadvantage. They have an increased risk of developing a psychological disorder, diabetes, respiratory diseases, and gastrointestinal diseases.

But getting an early start offers more than just health benefits — being a morning person may increase daily productivity and career growth.

According to biologist Christoph Randler, individuals who perform best in the early hours may be more likely to achieve their career goals than those who don’t. His research, published in the Harvard Business Review, surveyed about 400 university students and found that morning people tend to be more proactive than those who are at their best in the evening. (The jury’s still out on whether being an early bird is innate or can be learned, however.)

Here’s what nine super-productive people do before noon to keep their momentum going all day.

The founder and creative director of Men’s Style Pro , Sabir Peele, swears by splitting up his day to keep his creativity flowing.

“I list a maximum of 10 tasks that I want to crush by noon. To stay interested in what I’m doing, I do the most important tasks at the top of each hour and then handle emails. After I finish two tasks, I do 20 push-ups,” he told Business Insider.

As for the second portion of his day (between noon and 5 p.m.), he takes a different tactic. “I focus all of my attention on meetings and just pure content creation — both of which are extremely time-consuming tasks,” he said.

2. They get in early

Pediatrician Dr. Meghan Brooks, DO, balances motherhood and caring for her young patients day after day by getting ahead of the curve.

“I always get in at least a half an hour before my patients are due. Being able to check their charts and call parents with test results or follow-ups is key,” she said. “And on other days I use that time to drink my coffee and make sure appointments and school forms are complete for my own girls.”

By taking some time for herself each morning, New York-based senior editor and new mom Rachel Bowie boosts her mood and overall productivity.

“It’s so easy to get stressed about my lengthy to-do list when I’m handling diaper changes and my four-month-old’s schedule. So, every morning in the shower I count from one to 180 (three minutes total) and use that time to just be present,” she said. “As silly as it sounds, spending that time appreciating the solitude of my bathroom and a rejuvenating shower instead of letting my brain race through my day has a calming effect that keeps me more centered.”

4. They check their lists twice

The stress of the bustling Bay Area doesn’t take its toll on Candace Jones, a recent Stanford grad building her career in media, because she takes the time to double check her to-dos.

“I live and die by checklists. Before going to bed I update my checklist with items to complete the next day and the next week,” she said. “When I wake up I review my to-do list before checking any emails. This is important because I want to be proactive rather than reactive about what to prioritize.”

5. They soak up nature

Chris Heayns, managing director and founder of Mill Meadow , an eco-lodge resort in England, spends his days making sure his business is a well-oiled machine so all of his guests are happy and revenue continues to grow. So how does he keep his cool?

“I’m up around 5:45 to let the chickens out, then I grab the tennis ball and head out into the morning air to walk the dog,” he said. “The walk in the open countryside (rain or shine) can always clear away any brain haze.”

6. They eat a big breakfast

Sara Donovan, a Broadway wig maker and designer, spends most of her day making her way through NYC’s theatre district prepping actors for their shows, helping designers perfect a new show’s hair design, and working on a show eight times a week.

To stay energized, she starts off with a big breakfast. “I have to get in a good breakfast — turkey bacon, eggs, avocado, toast, coffee — before I leave for the day,” she said. “Working on Broadway, you often have to squeeze meals or snacks in between shows, so having a big breakfast keeps me going strong.”

Between publishing her first book and working full-time as the nutrition director of Good Housekeeping magazine, Jaclyn London, MS, RD, CDN, has a lot on her plate. But to keep herself productive, she actually piles more into her mornings.

“I peruse all industry-related news, peer-reviewed journals, business news or reports and any new emails about an embargoed study first thing every day,” she said. “It may seem like a lot at the time, but when I’m up-to-date on any innovations (big or small), I feel better prepared and it’s easier to get everything done.”

8. They listen to podcasts

Samantha Dong, the founder and CEO of bespoke shoe brand Ally , ensures her jam-packed days get off to a good start by pacing herself.

“Starting my morning with a routine that’s relaxing, enjoyable, inspiring, and allows me to clear my mind is my best tool,” Dong said. How does she do it? “I make coffee, put on an awesome podcast, and prep myself for a busy day building my brand.”

9. They start their day with sweat

Portland-based engineer Arne Bostrom sweats it out every single morning before beginning his workday.

“I get exercise out of the way first thing so that I already have a sense of accomplishment even before I start my workday,” he said.

But he said that waking up at 5 a.m. every day isn’t easy. “Some days it’s hard to get out of bed, but it’s easier to get over that hump if you plan your workout and clothes the night before,” Bostrom said. “Then you can get up, get out, and get going on a productive day.”