A Day in the Life of Jeff Bezos, the World's Second-Richest Person 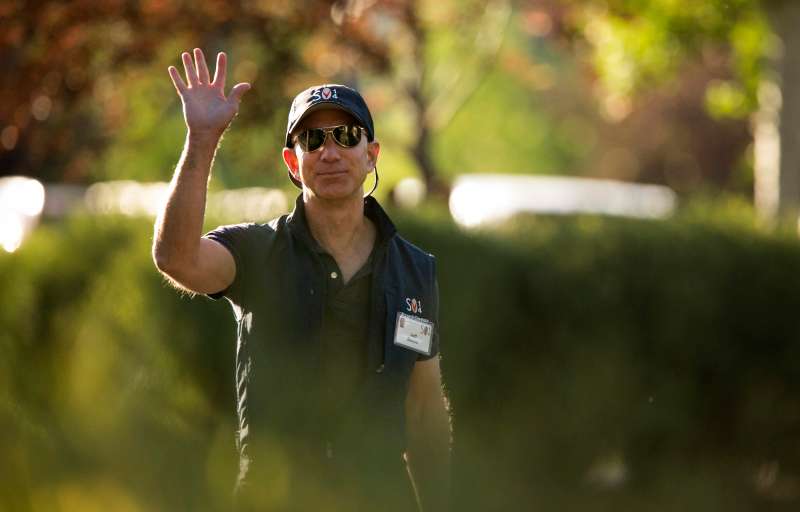 Jeff Bezos recently became the richest person in the world.

According to The New York Times, the Amazon founder and CEO has $90.6 billion to his name.

He beat out fellow billionaire and Seattle resident Bill Gates to snag the top spot.

So what does daily life look like for this tech mogul?

Bezos is a big believer in getting enough shut-eye. He wakes up every morning naturally, without the aid of an alarm clock.

He always starts the day by sharing a healthy breakfast with his wife, the novelist MacKenzie Bezos.

To spend quality time with MacKenzie and their four children, he never schedules early-morning meetings. Bezos is famously not big on meetings in general. He’s said to meet with Amazon investors for only six hours a year. When he does call a meeting, Bezos employs a “two-pizza rule” — he never organizes a meeting where two pizzas couldn’t feed the entire group.

Bezos apparently used to be an occasionally explosive boss, but there are rumors that he has hired an executive coach to “help him tone it down.” In general, he has set a “frugal” tone at Amazon, which doesn’t throw perks like massages or free lunch at employees.

Bezos has a taste for unusual dishes. During a meeting with Woot founder Matt Rutledge, he ordered octopus with potatoes, bacon, green garlic yogurt, and eggs for breakfast. “When I look at the menu, you’re the thing I don’t understand, the thing I’ve never had,” Bezos said. “I must have the breakfast octopus.”

Bezos also has a fondness for food trucks. In 2014, he told Business Insider Editor-in-Chief Henry Blodget about a phenomenally popular truck outside of Amazon’s headquarters. “It’s out of control, actually,” he said. There’s one after-dinner ritual Bezos always adheres to: washing the dishes. “I’m pretty convinced it’s the sexiest thing I do,” he told Blodget.

It’s unclear whether Bezos has a workout routine. However, photos of the CEO at a recent conference elicited comparisons to Vin Diesel, as commenters noted his muscular appearance.

Amazon now runs several popular original series, like “The Man in the High Castle” and “Transparent,” but the Amazon CEO is a Trekkie. Bezos even made a surprise cameo in the 2016 film “Star Trek Beyond.” Other than watching “Star Trek,” Bezos has another space-related hobby: gliding about in a submarine looking for old NASA rockets. He often brings his kids along for the adventure.

Jeff Bezos, chief executive officer of Amazon.com Inc. and founder of Blue Origin LLC, smiles while speaking at the unveiling of the Blue Origin New Shepard system during the Space Symposium in Colorado Springs, Colorado, U.S., on Wednesday, April 5, 2017. Bezos has been reinvesting money he made at Amazon since he started his space exploration company more than a decade ago, and has plans to launch paying tourists into space within two years.
Matthew Staver/Bloomberg—Getty Images

Bezos makes sure to get enough rest — he sleeps for eight hours every night.