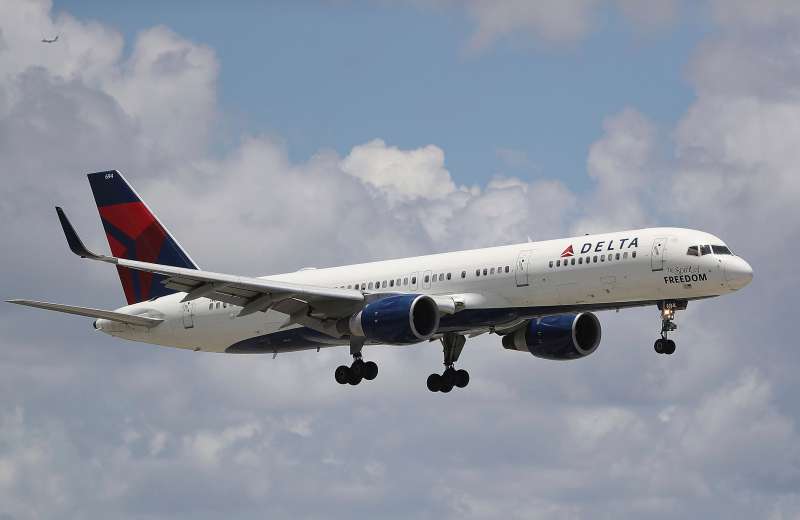 A Delta airlines plane is seen as it comes in for a landing at the Fort Lauderdale-Hollywood International Airport on July 14, 2016 in Fort Lauderdale, Florida.
Joe Raedle—Getty Images

The U.S. Federal Aviation Administration and major airlines have been warning flyers about keeping their Samsung Galaxy Note 7 phones turned off during flights for more than month.

But some top carriers are still taking extra precautions to keep the phones—and their faulty batteries that make them prone to catching fire—from forcing an emergency landing.

Virgin America, Delta, and Alaska Airlines have introduced fire-containment bags that can withstand temperatures up to 3200 degrees Fahrenheit. The Guardian reports that the bags are made of fire-resistant material and sell for about $1,800 each. Cell phones and laptops can be closed up in the bags, which are sealed by Velcro and zippers.

Delta told the Guardian that adding the bags to planes has been on their to-do list, but that recent Samsung phone explosions sped up their timeline. The airline plans to add the bags to more than 900 planes, starting with the largest planes and those that fly over oceans.

Airlines that aren’t using the bags yet will rely on fire extinguishers to deal with any issues mid-flight.

Samsung shares have plummeted since the phones began catching fire, and early this week the South Korean company announced it would stop production of the Galaxy Note 7 just two months after it launched. The failure is expected to cost Samsung billions of dollars.