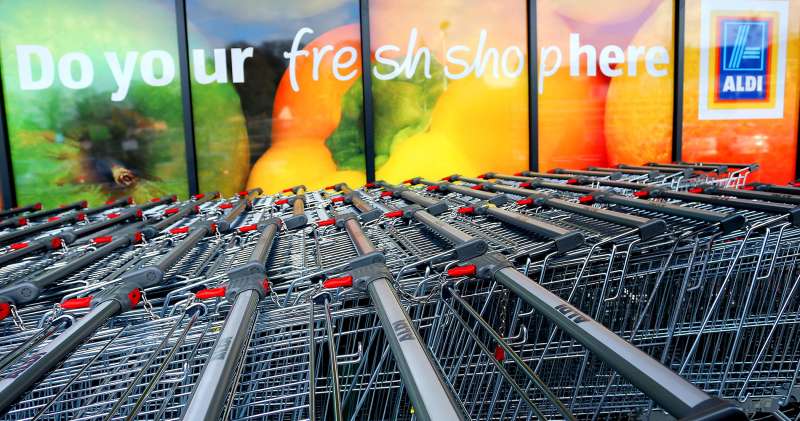 There seems to be no stopping Aldi. If you haven’t heard of this supermarket brand, you probably will very soon.

Aldi is a super cheap grocery chain that’s owned by the same company as Trader Joe’s, and that has an unusual business model that keeps grocery prices incredibly low due to small store size and limited selection—including almost no national brands. Like TJ’s—named recently as America’s favorite supermarket chain—Aldi’s inventory is dominated by private label brands (a.k.a. generic store brands) you won’t see in any other store.

Based on how quickly Aldi has been growing, the model seems to be resonating with shoppers. Aldi had around 1,200 stores in the U.S. as of 2013, and it’s up to 1,400 now. This week, the company announced another huge expansion, with its first location in southern California set to open in March 2016, and as many as 45 more stores planned for the region by the end of the year. Altogether, Aldi has set the goal of opening 600 or so new stores around the country by 2018, which would bring its location total to roughly 2,000.

Despite its success, Aldi clearly isn’t the supermarket for every kind of shopper. The limited selection, particularly in terms of produce and perishables, pales in comparison to the wealth of options at Wegmans, Whole Foods, or Publix—chains that always score highly in consumer surveys. Aldi only recently began accepting credit cards in addition to cash or debit cards, and shopping carts are available only to customers with a quarter handy: You must insert a 25¢ coin to get a cart, though you get your money back when you return the cart. Aldi keeps staffing (and overhead) very low through techniques such as this, which essentially makes customers do the work that’s normally handled by an employee.

The tradeoff for Aldi’s quirks is pricing that’s rarely seen outside of “Extreme Couponing.” A box of cereal is rarely over $2. The price of a gallon of milk is often $1 or more cheaper than at traditional supermarkets. Aldi was named America’s third-favorite supermarket brand in the latest Market Force Information report, and it received the highest overall score in the “Value” category.

What’s perhaps most interesting is that the expansion of Aldi will even benefit grocery shoppers who will never enter its stores. Next year, shoppers in southern California can expect “a pronounced price war” at grocery stores thanks to Aldi’s entrance into the region, Burt Flickinger III, managing director of consulting firm Strategic Resource Group, said to the Los Angeles Times. “Aldi has been Wal-Mart’s worst nightmare. It will be tough on Costco as well as all the established food retailers.”