Amazon Has Already Picked Its HQ2 Location, According to This Theory. Here's Where It Is 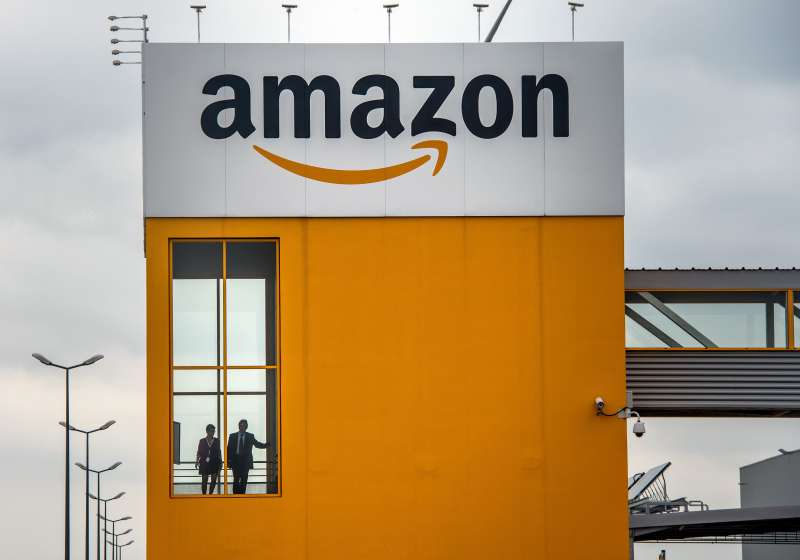 Evidence is mounting that Amazon could select Northern Virginia — and specifically, a site near Dulles International Airport — as the location of its next headquarters, dubbed HQ2.

Amazon has quietly been expanding its presence near the proposed site, which spans 26 acres of largely undeveloped land on the border of Loudoun and Fairfax counties.

The company just located a new headquarters for its rapidly growing cloud service, Amazon Web Services, less than three miles from the site.

Also nearby — within a 10-minute drive — is a sprawling, 44-acre plot of land where Amazon is planning to build a massive, 600,000-square-foot data center campus.

To be sure, the site makes logistical sense: it’s adjacent to Dulles International Airport and steps from an under-construction Metro station that will provide a straight shot to Washington, DC, and nearby suburbs.

But most importantly, and perhaps lesser-known, is that the site is at the center of the so-called “bullseye of America’s internet,” also known as Data Center Alley, where more than 70% of the world’s internet traffic flows daily.

Amazon is quietly expanding in the ‘bullseye’ of the internet

Amazon’s cloud-computing business, Amazon Web Services, is powered by a physical network of data centers — or buildings that house servers and other IT equipment — across the world.

The heart of that network lies in Northern Virginia, in an area that has become known as Data Center Alley for its high concentration of data centers belonging to Amazon, Google, Microsoft, Oracle, and others.

It’s estimated that more than 70% of the world’s internet traffic flows through Data Center Alley, and a huge share of that goes directly through Amazon’s data centers. In his book “Tubes: A Journey to the Center of the Internet,” Andrew Blum calls the area “the bullseye of America’s Internet.”

Near the center of this bullseye is the proposed HQ2 site.

Amazon has roughly 30 data centers within a 15-minute drive of the site, in cities including Ashburn, Sterling, Chantilly, Manassas, and Haymarket — and it’s rapidly building even more centers.

One of Amazon’s latest proposals is a data-center campus on 44 acres of undeveloped land located a couple miles south of the proposed HQ2 site.

By building its headquarters in this area, Amazon could physically tap into its data-center network, bringing more efficiency and reliability to the internet connection at its headquarters.

“The internet doesn’t make itself,” Blum writes in his book. “It is built on connections between networks agreed on with a handshake and consummated with the plugging in of a yellow fiber-optic cable. Technically, those connections could happen across any distance. But it’s more efficient to do it directly, plugging my box into your box, in an exponentially repeating pattern.”

Another advantage of this fiber-optic paradise? The cost of power is cheap — and Amazon will need a lot of power for an eight-million-square-foot campus.

“Compared to the rest of the Mid-Atlantic region, commercial electricity rates in the Northern Virginia market are among the lowest,” according to cloud-consulting firm datacenterHawk.

In addition to building data centers in the area, Amazon is also moving corporate offices there. It recently selected a spot in Herndon, just three miles from the proposed HQ2 site, for its new Amazon Web Services headquarters.

Amazon did not immediately respond to Business Insider’s request for comment on this story.

Amazon would have a blank canvass for HQ2

Virginia’s Fairfax and Loudoun counties worked with developers to propose the HQ2 site, which currently houses a few buildings belonging to the the non-profit Center for Innovative Technology (CIT).

Aside from the CIT buildings, the site is undeveloped. That means Amazon would have a blank canvas — something few other urban areas can offer — for the eye-popping eight million square feet of office space that it has said it needs for its second headquarters.

Adjacent to the 26-acre site is a giant rock quarry, which, conveniently for Amazon, is being developed into a 5.5-million-square-foot mixed-use project called The Hub.

The developers behind The Hub — a collaboration between Open Realty Advisors and Rebees, called Open-Rebees — were involved in the HQ2 bid.

Construction hasn’t started on it yet, so it’s likely that Amazon would have some say in the building plans if it chooses to locate its headquarters there.

Mark Masinter, managing director of Open Realty, told the Washington Business Journal in a recent interview that he was hopeful The Hub would land HQ2 as tenants.

If you have any information about Amazon’s HQ2 project, please contact this reporter at hpeterson@businessinsider.com.