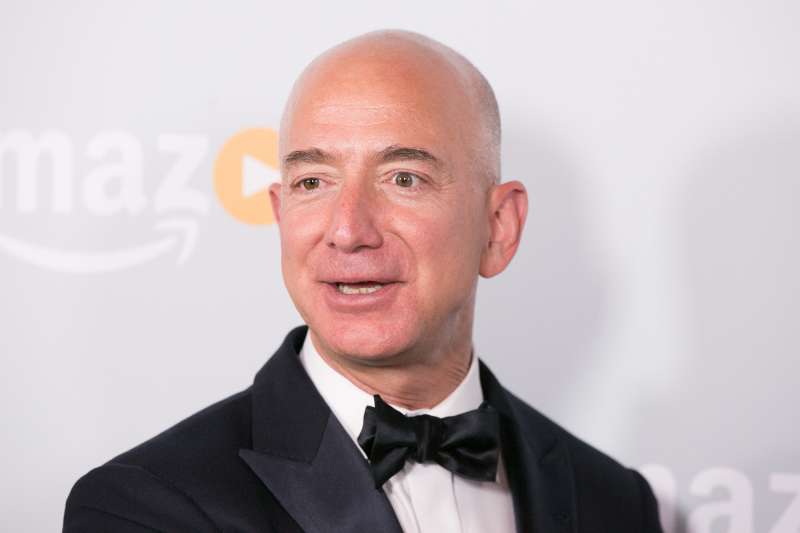 Jeff Bezos is now the second richest person in America, according to the Forbes 400 list released Tuesday.

The Amazon CEO’s move to No.2 pushes Berkshire Hathaway’s Warren Buffett to third—the first time the billionaire has lost his No.2 spot in 15 years.

Bezos added $20 billion to his fortune this year, making him the biggest gainer on the list for the second year a row. His added wealth and Amazon’s AMZN 1.02% stock rising 46% was enough to push him in to the No. 2 spot, according to Forbes.

Bezos, who’s net worth is $67 billion, trails Microsoft’s MSFT 0.47% Bill Gates, who is the richest person in the world. Gates has a net worth of $81 billion.

Buffett took the No.3 spot from Oracle’s Larry Ellison, who is now No.5. Ellison fell out of the top three for the first time since 2007, according to Forbes.

Bezos graced the top five last year, at No. 4. But that spot is now held by Facebook FB 0.05% CEO Mark Zuckerberg—the first time the young billionaire has seen the top five. Zuckerberg added a whopping $15.2 billion to his fortune last year, which raises his net worth to $55 billion. Other than Bezos, Zuckerberg made the most money on the list. Zuckerberg also moved past both Ellison and the Koch brothers on this year’s list, according to Forbes.

While everyone in the top 20 became richer over the past year, one-third of the total list got poorer over the last year.

But this isn’t the first time Bezos has surpassed Buffett in terms of their billionaire statuses. In July, Bezos slid past Buffet to become the world’s third richest person on the Bloomberg Billionaires Index. Bezos’s net worth was $65.05 billion at that time, which topped Buffett by $32 million. However, his move was partly a result of Buffett’s $2.2 billion donation in stock to the Bill & Melinda Gates Foundation, according to a previous report.

Forbes reports that the last time Buffett wasn’t the second-richest person in the country, Bezos had only been on the Forbes 400 list for three years. At that time, he had a net worth of a modest $4.7 billion. Buffett first appeared on the list in 1982.