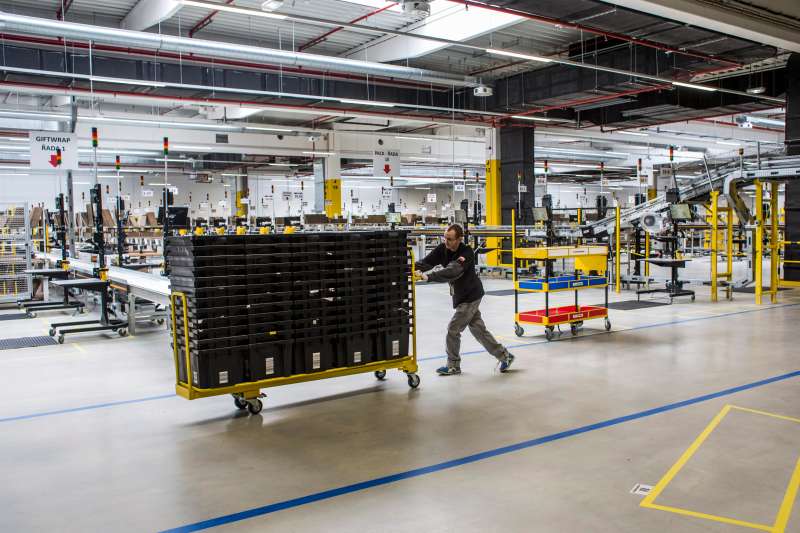 Amazon’s shares jumped in early trading on Friday, a day after the company reported profit and revenue that swept away analysts’ estimates along with doubts about the online retailer’s investment spree.

“While it’s tempting to try to pull out each component of AMZN’s strong 1Q (and generally recent) performance, we think it’s the combination of many factors – the ‘AMZN Flywheel’, Prime, a growing distribution footprint, getting closer to customers, 3P (third party), AWS, the list goes on.”

The “Amazon Flywheel” refers to founder Jeff Bezos’ strategy of offering the biggest selection of goods at the lowest prices and providing the best customer experience to create a “positive feedback loop.”

Amazon is also known for making bold investments in new business areas even at the expense of profits – a strategy that is often criticized by investors.

There was little criticism this time, though.

The company also offered a bright outlook, with revenue guidance for the current quarter of $28 billion to $30.5 billion, compared with the $28.33 billion analysts expected.

While AWS is Amazon’s fastest-growing business, Amazon Prime and Marketplace, where the company acts as a middleman for third-party vendors, are also gaining momentum.

“On the retail side, Prime is the driver,” wrote Macquarie Research analyst Ben Schachter, who raised his target to $760 from $725 while maintaining an “outperform” rating.

BMO, which maintained its “outperform” rating on the stock, raised its price target to $800 from $700.

At that price, Amazon would be valued at $432 billion, making it the third-largest U.S.-listed company by market value, behind Apple Inc and Google parent Alphabet Inc , both of which posted disappointing quarterly results.

At current prices, Amazon is valued at about $317 billion, up about $35 billion from Thursday’s close.

Amazon shares, which have gained 40% in the past year, trade at 98.7 times forward earnings, indicating that investors see huge potential for more growth. Apple trades at 10.8 times earnings, while Alphabet trades at 19.9 times.

However, to justify Amazon’s current share price, Amazon’s earnings per share will have to grow at a compound annual growth rate of 90% over the next five years, according to StarMine. Such abnormally high growth rates have proven to be difficult to sustain over long periods.

Of the 44 analysts covering the stock, 39 rate it “buy” or higher and five “hold,” according to Thomson Reuters data.