Amazon Will Open a Store in New York City 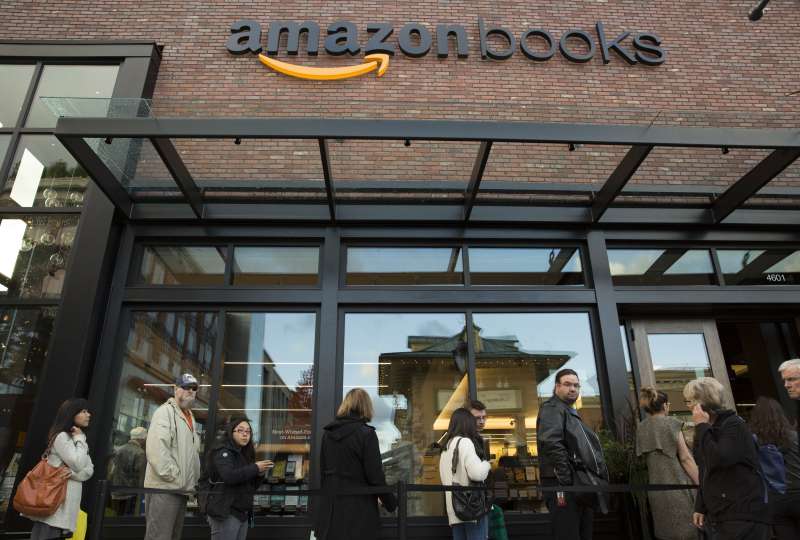 Amazon Books will open in Hudson Yards, a large commercial and residential space located on the west side of Manhattan, the New York Post reported. The store—the first physical Amazon location on the East Coast—is slated to open in late 2018 or early 2019.

The first Amazon Books opened in November 2015 in Seattle, the same city as the online retailer’s headquarters. The company was so tight-lipped about the news that the development was nicknamed Project Anne. Though an Amazon spokesperson declined to comment on a New York store, the company did say it will open a second location in San Diego later this year.

It’s worth noting the irony in the e-commerce company that caused its biggest brick-and-mortar competitors to shutter their own stores is now opening storefronts of its own. In 2011, Borders shut down all of its nearly 400 remaining stores and eliminated more than 10,000 jobs, while the number of Barnes & Noble locations has slumped from 798 stores in 2008 to 640 as of early this year.

Amazon’s dominance is also in part due to the fact that the online superstore has been making an aggressive push into fashion and apparel. It makes up an estimated 7% of the U.S. apparel market, and that number is expected to increase to 19% by 2020. As a result, mall anchors like Macy’s, Sears and JC Penney have been hit with hard times financially and have been forced to shutter some of their locations. It’s even estimated that a third of America’s malls will shut their doors in the coming years. No word on whether Amazon plans to start selling apparel at its new store, however.