What I Learned From Working at Amazon 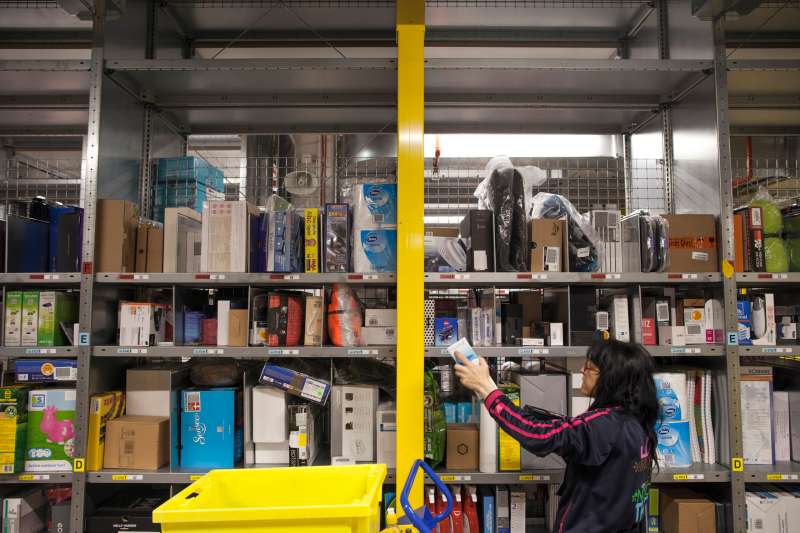 An employee selects goods from bays of merchandise as she processes customer orders at the Amazon.com Inc. fulfillment center in Poznan, Poland, on Friday, June 12, 2015. A
Bloomberg via Getty Images

“Workplace bullying is real,” said the nurse while she stroked my hand.

I was sobbing in the middle of my doctor’s office after having suffered my first (and hopefully only) panic attack at work. There wasn’t one specific catalyst — months of pressure, coupled with being oblivious about the toll my job was taking on me, left me shaken, with damaged self confidence.

I wouldn’t classify what I experienced at Amazon as bullying. But the competitive culture was so fiercely wrong for me that less than a year into my time with the company, I had crumbled. Though I left my role in marketing at the company two months ago, I shared my leaving only with my family and a handful of close friends. I was embarrassed that I couldn’t cut it. That I wasn’t Amazonian enough. That I had lost.

With the recent New York Times article about life at Amazon, I’m finally not embarrassed to share my story. I was not shocked or surprised by anything in the article — it reflected what I felt and many scenarios that I saw. It’s an incredibly tough place to work and a lot of employees can’t thrive (or even survive) in that environment.

I’m competitive by nature and I believed that my drive to win would serve me at Amazon. Unfortunately, to adapt and win at Amazon is not always about you winning as much as it is about other people losing.

I was there a relatively short time, but the sink-or-swim environment taught me lessons that I know will shape the rest of my career. I can now look at my experience and be thankful that I had it. Here are four of the most important lessons I learned from working at Amazon.

1. You can’t escape a company’s work culture.
You may have your dream position, but the wrong company culture can ruin everything.

The managers at Amazon were up-front about a lot of aspects of their culture, which I discounted in favor of a good job with a well-known company. There are a lot of Amazon leadership principles that make sense in theory but are sometimes taken to extreme when executed. For example, having backbone is a beneficial quality, and some employees were able to embrace this concept and have lively, productive discussions because they had the courage to disagree. Unfortunately, I saw others use this leadership principle as a way to belittle coworkers, making them look foolish in front of others.

Having such a rough corporate culture made me realize what I value and what I would look for in a future job. Now I can’t ignore the need for a culture that both rewards and motivates employees.

2. Find your passion and avoid complacency.
I had two other corporate jobs before Amazon. With both of the jobs I was only moderately interested in the work, but the culture at both companies was a fit for me. I was just secure enough that I didn’t feel the pressure to commit to a passion. Though I was a high achiever and performed well, I was comfortable and a bit complacent.

I took the role at Amazon and was — again — moderately interested in the job. But this time, I didn’t have a nice culture to fall back on, leaving no cushion against how unhappy I was. The silver lining is that my extreme unhappiness at work made me focus on what would make me happy.

I’ve known for some time that I’ve wanted to be self-employed, but I was heading in that direction very slowly. Being in a job where I was miserable and desperately wanting a way out kick-started my move into self-employment. I zoomed in on what I absolutely loved — money, finance, entrepreneurship — and started a business advising and writing about money for the self-employed. I’m happy, passionate, and committed, and working harder than I ever have to make sure I don’t end up in a complacent career again.

3. Choose kindness.
Choosing to be kind is such a simple concept — kids are usually taught to be kind before they’re even able to walk. But somehow, when you’re in an ultra-competitive environment where kindness is not part of the company’s DNA, it can eventually can get lost all together. While none of Amazon’s principles explicitly shun kindness, winning and being right is rewarded. Being collaborative and compassionate is not.

Because of this attitude, trampling on others to get to the top was not uncommon. I vividly remember the point when I realized I needed to choose kindness in all this mess: My coworker had just emailed my manager to throw me under the bus for not moving on something quickly enough. I felt furious and defeated. I drafted and deleted a vengeful reply three times. As I sat there feeling hurt, I realized that I was about to do the same thing he had done to me. I responded by apologizing for my tardiness and asked to speak with my coworker privately. We calmly talked things out and forged a productive relationship.

With this approach I managed to stay out of the fray, but unfortunately I didn’t see all my other coworkers choosing the path of kindness very often. I believe everyone I met at Amazon was genuinely good and kind outside of work, but the professional environment felt like survival of the fittest. It was painful to watch some of the vicious conversations and not get sucked into that way of communicating.

If there is anything I’m proud of from my time there, it’s that I stayed kind.

4. Know when to walk away.
Three days into my tenure at Amazon, I witnessed a team leader tear apart an unprepared employee, publicly shaming him and filling everyone with fear that they could be next. I knew right then and there that the company was not a fit for me. From that point on, I was on edge every day and couldn’t disconnect from the job outside of work.

I should have left right then, but pride got in the way. I wanted to prove to myself that I could survive in the environment. I didn’t consider the toll it would have on my mental health and my relationships. I was sad more often than not. I pulled away from friends. I couldn’t handle it when things went awry at work or at home because it just added to my feeling of failure. My confidence was bruised and beaten.

You can’t always walk away from a job or a situation the minute you realize something isn’t right. But staying in a bad job out of pride or embarrassment is not a healthy option. Fear of failure kept me in an environment that was destructive, pushed me to strain my marriage, and created anxiety problems I’d never had before. I’m glad that I walked away when I did, but recognizing it was a bad fit immediately would have helped avoid resentment on both sides.

In the future, I won’t be afraid of how it looks to change course to prioritize my well-being and get out of an unhealthy situation.