3 Things That Could Slow Apple's Growth 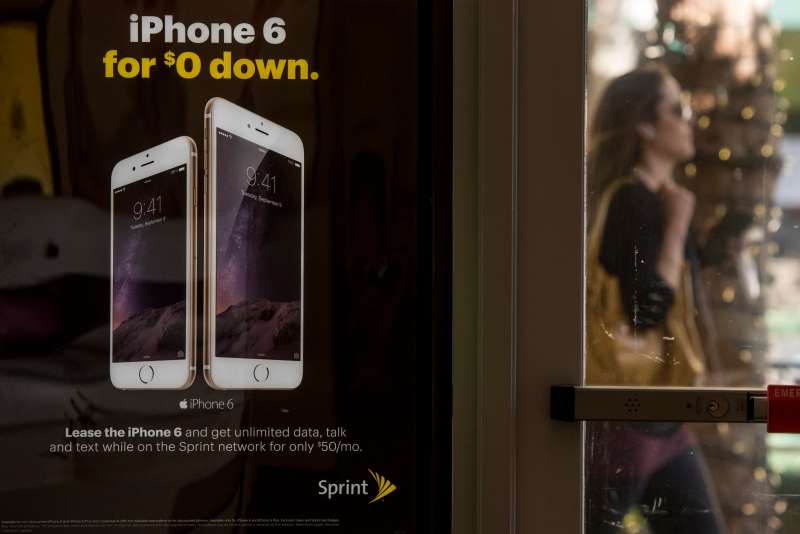 Signage advertising an Apple iPhone 6 subscription plan is displayed at a Sprint Corp. store in Palo Alto, California, U.S., on Friday, May 1, 2015.
Bloomberg via Getty Images

There’s no question that the iPhone has been an incredible success for Apple . In just the third quarter, Apple sold more than 47 million iPhones, bringing in more than $31 billion in revenue. The iPhone is by far the largest source of revenue and profits for Apple, and no new product that Apple has launched since has come close to matching its success.

There are plenty of reasons to believe that iPhone sales will continue to grow going forward. Apple’s brand is second-to-none, with customers routinely lining up at its stores for hours, or even days, to score the latest iPhone. The quality of Apple’s products is top-notch, and its ecosystem of products and services has proven to be extremely sticky. And China, with its growing middle class, represents a potentially enormous opportunity.

With revenue and earnings soaring, it can be easy for investors to ignore potential problems that could crop up for Apple. While there are plenty of things working in Apple’s favor, there are also a few long-term threats that could act as obstacles to growth. Here are three things that could go wrong for Apple.

The end of subsidies
The two-year phone contract is dying. T-Mobile dumped contracts a couple of years ago, and now both Sprint and Verizon have joined the club. AT&T still offers contracts, but only through the company itself, and it seems inevitable that AT&T will eventually kill off contracts completely. Consumers now must pay the full price for their phones, either upfront or through an installment plan, instead of having the price subsidized as part of their monthly payment.

On the surface, this may not seem like that big of a change. Previously, a new iPhone would cost $200 upfront, with a high monthly payment allowing the carrier to recoup the difference between the actual cost of the phone, about $650, and the subsidized price. Now, consumers can pay the $650 spread out over time, and the monthly payment for the plan itself is less expensive. The total cost of ownership in the two cases is likely very similar.

What this shift away from subsidies accomplishes, though, is to make high-end phones more expensive relative to low-end and mid-range phones. Previously, the entry-level iPhone was, at most, $200 more than a lower-end alternative. Now, the real difference in price between the two options, which could be $500 or more, is actually paid by the customer.

The Moto G, for example, a mid-range device from Motorola, costs just $179 off-contract, a difference of nearly $500 in price compared to the iPhone. Under the two-year contract system, the Moto G would likely be free, while the iPhone would cost $200, with an identical monthly payment. The difference in price more than doubles without contracts.

There are plenty of iPhone users who wouldn’t dream of switching to Android regardless of the price. But for any iPhone user who is sensitive to price, the iPhone just got much more expensive relative to lower-priced alternatives.

Smartphone innovation is getting harder
In the early days of smartphones, each new generation brought massive gains in performance. Screen resolutions increased, processors got significantly faster, and the software became more responsive and easier to use.

Today, while there’s still room for improvement, the relative changes are getting smaller. High-end smartphones are very fast, have screen resolutions approaching, or even surpassing, the human eye’s ability to discern individual pixels, and have operating systems and apps that are becoming more difficult to vastly improve upon. Gimmicks like the quasi-3D technology in Amazon’s Fire Phone and the curved screen in Samsung’s Galaxy S6 Edge have started to pass for genuine innovation.

There has to be something pushing consumers to upgrade their phones. In the past, big improvements each year, along with the refresh cycle built into the two-year contract system, created strong incentives for consumers to upgrade. Now, with year-to-year advances less noticeable, and with contracts on their way out, people could begin holding onto their phones for longer periods of time. If this scenario were to play out, it could be a disaster for Apple.

The iPhone’s growth, then, has been driven solely by growth in the smartphone market. The number of smartphones shipped globally has grown from about 700 million in 2012 to more than 1.3 billion in 2014, more than making up for Apple’s lower market share.

But smartphone growth is slowing as mature markets become saturated. IDC expects smartphone shipments to grow by 10.4% in 2015, with China’s growth expected to slow down dramatically to just 1.2%. During the second quarter, the Chinese smartphone market contracted for the first time, with Gartner suggesting that the market is now saturated.

Apple can still do well without much growth in the smartphone market, but big increases in revenue and earnings will become harder to come by. Apple will need to grow its share of the high-end smartphone market, which I suspect will shrink in the U.S. following the end of subsidies, all while far less expensive mid-range Android phones improve dramatically, tempting price-sensitive consumers.

Don’t just focus on the positives
Investors should always be aware of what can go wrong with a company, even if they’re extremely bullish on the stock. Apple has a lot going for it, but there are a few issues that could hurt its iPhone business over the long run. Whether any of these scenarios play out is anyone’s guess, but Apple investors certainly shouldn’t ignore the possibility.