The Procrastinator’s Guide to Finishing Your Taxes 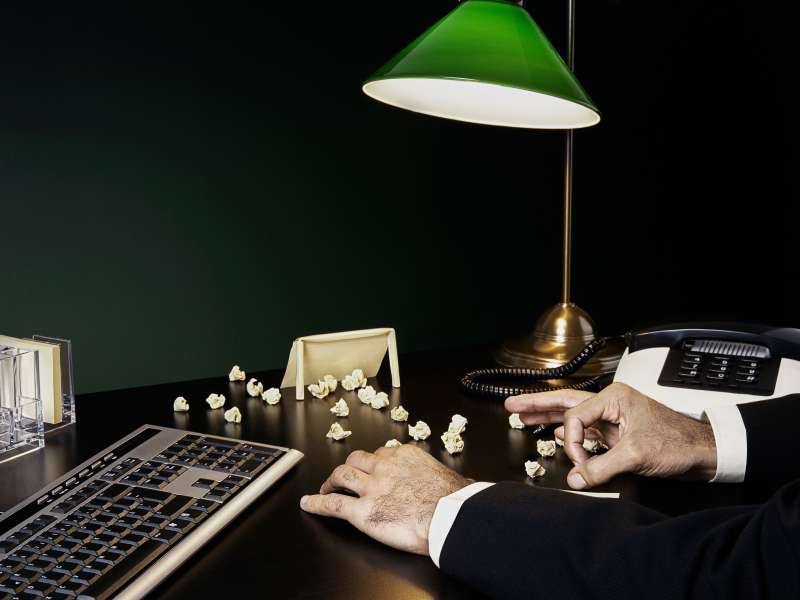 Just because I'm not typing doesn't mean I'm not working on my taxes.
Daniel Grizelj—Getty Images

I’ll admit it. I’m an editor at a personal finance magazine and website, it’s April 14, and I haven’t yet finished my 2014 tax return. I’m usually a March filer, but, hey, life got in the way this year.

As of 10 days ago, the IRS had received 99 million tax returns, about two-thirds of what the agency expects. So there are tens of millions of us scrambling to reach the finish line. Here’s what you can do if you, too, have put off doing your taxes.

You can file for an extension. It’s a super short and simple form (4868), you can file it online through IRS Free File, and you get another six months to finish just by asking. See you on October 15, Mr. Tax Man!

The rub is that you have to estimate what you owe and send that in, which may feel like as much work as filling out a tax return. “If you’re not 100% certain of the balance due, be conservative and round up,” says Melissa Labant, director of tax advocacy for the American Institute of CPAs. If it turns out you overpaid, you’ll get a refund later or you can apply the excess to next year’s tax bill.

One more thing: Don’t forget to see if your state requires a separate application for an extension.

Reach out to the IRS if you don’t have the cash. When you can’t pay your tax bill in full, you’re looking at penalties and interest. “If you come up with your number by Wednesday but are short the money in your checking account, you have options,” says Mark Luscombe, principal federal tax analyst for Wolters Kluwer Tax & Accounting US.

As long as you owe $50,000 or less, you can apply for an online payment agreement from the IRS, which lets you spread out the bill over 120 days. Another option: Put the bill on your credit card—the roughly 2% fees might be less than the interest and penalties you’d otherwise face.

April 15 is still your last best chance to cut your tax bill. Other than scouring your files for overlooked deductions or forgotten charitable gifts, you can’t do much at this point to trim your 2014 tax bill—with one important exception. You can fund an individual retirement account for 2014, Roth or traditional, right up until April 15. But that’s a hard deadline, even if you get an extension.

As long as your income is below certain thresholds—$70,000 for single filers if you are covered by a retirement plan at work, $116,000 for married couples filing jointly—you’ll be able to deduct at least part of your contribution to a traditional IRA, thus trimming your tax bill. The most you can put in for 2014 is $5,500, and $6,500 if you’re 50 or older.

Once you’ve scrambled to fund your IRA, carve out some time to think about how you want to invest it. A study by Vanguard found that between January and April—i.e., tax season—IRA contributions are more likely to end up in money market funds (which nowadays pay zilch). And those last-minute investments are also more likely to be left to languish in cash.

Two more last-minute moves can cut your tax bill, though not as much as the IRA contributions. One: Those with self-employment income can still fund a SEP-IRA for 2014. And two: If you have a health savings account, you can still top off your 2014 plan—a max of $3,300 for singles, $6,550 for families—and those contributions are also deductible.

Questions? You’re pretty much on your own. The IRS phone lines are so swamped and undermanned that even the agency urges taxpayers to go to IRS.gov for help. Taxpayer advocate Nina Olson recently reported that only 25% of taxpayers are getting through to a live person, with a wait time of 22 minutes. Really stumped? File for an extension, advises Luscombe.

How about hiring a tax preparer on April 14? You might find a pro who’ll take you on, says Labant, but be prepared to have him or her file an extension for you and then help you out once the crunch is over.

Another option for more than two-thirds of taxpayers: As long as your income is below $60,000, you can get access to free commercial tax filing software via IRS free file.

In your dash to the finish line, don’t make dumb mistakes. Those include math errors, the wrong Social Security number (yours or your dependents’), and no signature on a paper return.

Those flubs can hold up your return (and your refund). What’s worse are mistakes that cost you money. To make sure you’re not missing any deductions (or failing to report any income), Labant suggests this extra step. “Sit back and compare your return to last year’s,” she says. Is there a deduction you took before that’s missing this year? Or an income source you reported for 2013 that escaped your 2014 return?

No time for even that quick exercise? I implore you: Seriously think about filing for an extension.

And don’t make a perfectly understandable flub. This year, you have a brand new chance to mess up. For the first time, you have to report whether you had health insurance last year (and possibly pay a penalty if you don’t). “Any time there’s something new, there’s a high error rate,” says Luscombe.

This requirement is simple enough if you got coverage through work or Medicare—you just check a box. Things get thornier if you bought an individual policy on an insurance marketplace and got a tax credit to subsidize your premium (hello, Form 8962), or if you’re applying for an exemption or calculating your penalty (Meet Form 8965).

To make matters worse, the federal government sent out 800,000 incorrect 1095-A forms to folks who bought policies on an exchange. Plus, H&R Block estimates that about half of those who got subsidies have to repay at least some of the money.

You can read about all of this at the IRS Affordable Care Act Q&A page. That could take some time. You know you can get an extension, right?

Remember: You can take a do-over. If you push through to make the deadline, then wake up on April 16 and realize you messed up, you can file an amended return. However, you might want to wait a few weeks, says Luscombe. That way the IRS won’t process your second return first and treat your original return as the amended one.

Vow to reform your ways. Do you hate the stress of filing at the last minute? “Don’t procrastinate again next year,” says Labant. Duly noted. Right after I file for my extension.