These Athletes Got Paid Millions Not to Play 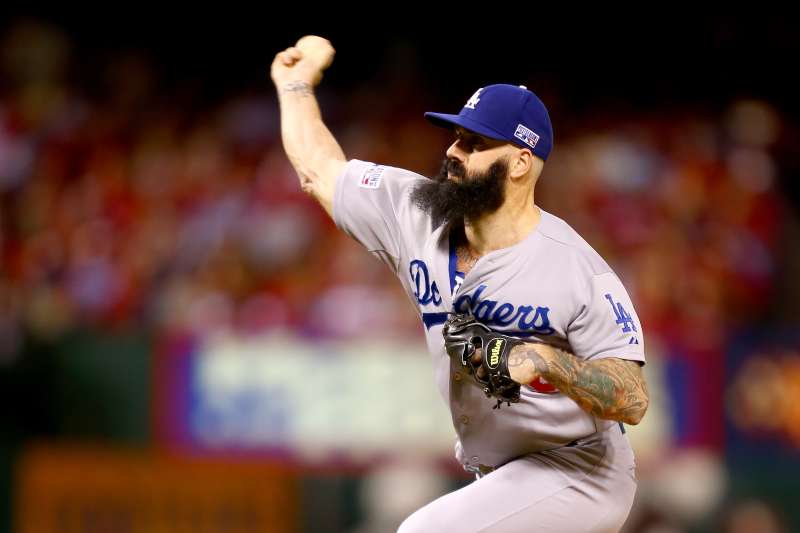 Brian Wilson, shown here when he pitched for the Los Angeles Dodgers in the eighth inning against the St. Louis Cardinals in Game Three of the National League Division Series at Busch Stadium on October 6, 2014 in St Louis, Missouri.
Dilip Vishwanat—Getty Images

Let’s say your boss shows up and decides he’s had enough of you. You’re not helping the company anymore and you’ve become a distraction, so he offers you millions of dollars just to go away. Who wouldn’t take that deal?

There are only two professions where that scenario can happen: CEO of a corporation or professional athlete. It is not even the case for all athletes, as NFL football contracts are not guaranteed as most baseball (MLB) or pro basketball (NBA) contracts are.

Sometimes athletes get paid to sit when their skills expire quicker than their guaranteed contracts. Other times, teams have to include all or part of their pay when they trade them to other teams, in which case the recipients are trying to beat the guy who pays their huge salary!

Brian Wilson falls into that first category. The Los Angeles Dodger pitcher did not have a good season in 2014, but he had a good agent. He astutely exercised an option in his contract guaranteeing him $9.5 million for 2015 six weeks before the Dodgers released him last year. Ka-ching!

Former Dodger teammate Matt Kemp’s salary for this year is a cool $21 mill, part of an eight-year, $160-million contract he signed in 2011. When they traded him to the rival San Diego Padres in the off-season, the Dodgers agreed to pay his new team $18 million of his salary this year.

The Dodgers have replaced the NY Yankees as the champion big spenders. Not only do they top the list at nearly $300 million in payroll (plus an 8-figure luxury tax they’ll have to shell out), that figure includes about $60 million paid to players NOT to play for the Dodgers this season. When Dan Haren, for example, was traded to the Miami Marlins, the Dodgers gave his new team $10 million to pay his salary. (He has since been traded again.) As the Yankees learned the hard way, all that spending does not guarantee victory; as of this writing, the Dodgers have lost 5 games in a row.

Here are some more examples of athletes being paid not to play.

These are but a few of the examples of “pay to go away” in professional sports.