8 Awkward Money Moments Everyone Has at Work 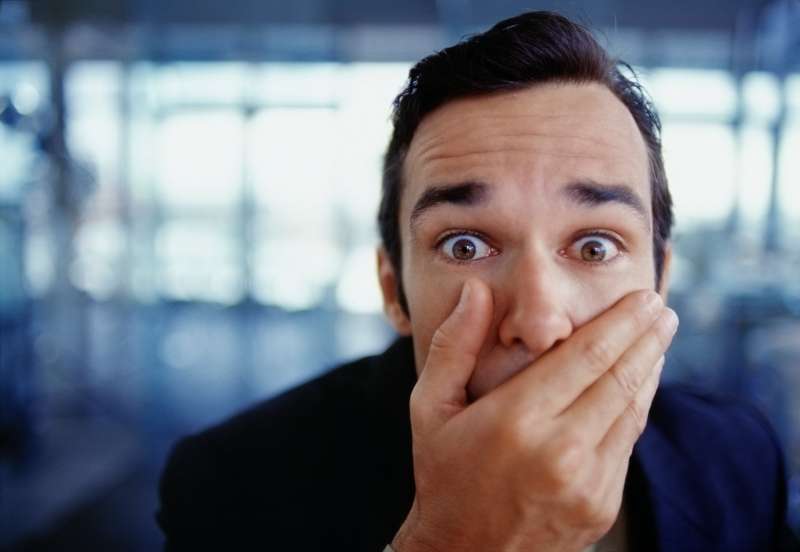 Money and work go together like peanut butter and jelly. We go to work to make money, and we spend money while we’re at work. But it’s not always as simple as that. People and situations can make some money moments more than a little awkward, and you are left feeling all sorts of emotions. Here are eight of those occasions we’d all prefer to be stricken from the workplace.

It’s fair to say, wherever you work, there will be people you like, and people you don’t. There will also be the usual birthdays, anniversaries, retirements, and layoffs. That’s when Janice from accounting pops around with a collection tub and asks for money to buy a gift. You are faced with the dilemma — do you chip in and say nothing, or refuse and look like a real villain? It’s hard to come out and say, “Nah, not putting money in, I hate that guy.” You can try and act poor, or claim you don’t have any money on you. However, that’s usually met with, “No worries, I’ll put $10 in for you, pay me back later.” Perhaps the only option you have left is to just avoid the collection using ninja-like skills.

2. Splitting the Check on a Pricey Night Out

The boss decides that after-work drinks are going to happen, and everyone is invited. But this is not a company-sponsored event, despite the fact that people are ordering food and drinks like everything is “on the boss.” After an evening of revelry, the check comes, and that’s when most people say it’s easier to just split the check equally among everyone. Great. Except John and Jane were knocking back $15 cocktails all night, and you were taking advantage of the 2-for-1 well drinks. So you tell everyone you want the check split based on what everyone had, making you about as popular as a cold sore… especially with your server. Is it better to pay up, and chalk it up to experience? Oof, it’s very hard to win this one.

3. Asking for a Raise

You’ve been doing your homework on your salary, and realize you are being underpaid. Whether it’s by a little, or a lot, the next move is not easy. It’s time to have that awkward conversation with the boss, and you know it will not be easy. If there have been layoffs recently, it makes it even harder. Maybe you’ll be met with the old “you’re lucky you still have a job!” retort. Whatever has happened though, if you are doing the work and should be getting paid more, you deserve the money.

4. Calling in a Loan You Gave to a Coworker

It may only be $20, but it’s been months since you forked over the cash for a coworker in need. A sad realization has dawned on you. Either they totally forgot about the money you loaned them, or they are hoping you have forgotten about it, and are doing nothing to remind you. It’s time to get your money back. From the furtive glances in the office kitchen, to steering the conversations back to money, nothing is working. You have to come out and ask — which somehow makes you look like a tightwad who cares only about money. And worse still… they may tell you you’ll get it back, but forget, and you have to go through it all again!

Read More: 10 Money Moments That Are Awkward for Everyone

5. Saying No When Someone Asks to Borrow Money

If you don’t want to get into the situation outlined above, you can simply say no when someone asks for money. But it’s not as easy as that, is it? It’s hard enough to pluck up the courage to ask a coworker for money, but that person is almost always going to be greeted with a “Sure, how much do you need?” in reply. Now, you have to drop the hammer and say no. But what good reason do you have? If it’s a significant amount of money, then declining based on that is not a problem. But if it’s $10–$50, and you feel sure you’ll have a horrible time trying to get it back, what do you do? Saying “Sorry, I’d like to, but I don’t trust you to ever pay that back” is not going to give you the best reputation in the office. This could be a great time to suddenly make an urgent call, and hope he or she never comes back and asks again.

6. Watching in Horror as Your Card Is Declined

It’s been a fun lunch. The server comes back to the table with a mountain of receipts for people to sign. Well, except you. They have to whisper in your ear “I’m sorry… this card was declined.” Aaaarrgghhhhhh! If you could grow a shell and crawl inside it, you would. It may be a technical error, or it could be that the card was canceled due to a fraud alert, but it doesn’t really matter right now. All you know is that a bunch of coworkers are looking at you with a mixture of pity and confusion on their collective faces. Will rumors surface that you’re having money problems? Will people start offering to pay for things because they know you’re having a hard time? Eek, there’s no way to come out of this one without a perma-cringe on your face.

Read More: Getting by without a job, part 1–losing a job

7. Saying No to a Charity Collection

Coworkers may be actively involved in fundraising for charities, or may even know someone who benefited from that charity. But let’s face it, if we all contributed to every charity, we’d go broke. What’s more, you may simply not agree with giving money to some charities, and that’s your right. However, the fact of the matter is, when you say no to a charity collection, you are instantly seen as some kind of Scrooge figure who hoards money and hates the poor, the sick, and the disabled. And what if you say no, but then go out later to the office happy hour and drop a bunch of money on drinks? Your best bet here is to make up an excellent excuse (you gave money already to the charity last week), or offer support in another way. Your time, your skills, or something non-monetary.

8. Finding Out What People Earn

There is a reason most companies keep salary information a secret. It can lead to a lot of griping, demands for raises, or even job losses and people quitting. So when you find out what someone else in the company makes, it can really lead to some stunningly awkward moments. They may make way less than you assumed, and your reaction can make them feel awful. “Really… you’re only earning that? Wow!” On the other hand, you could think they’re overpaid, especially if they do the job you do, but for more money.

And then there’s the moment people discover what you earn. If you earn more than they expected, you can get daggers shooting at you. They expect you to pick up the check at lunch. They feel like you owe them. If it’s less, suddenly you’re pitied. Or laughed at for taking such a low salary. In any of these situations, red faces, long silences, and hasty exits are the norm.