Boomers' Homes Are Once Again Their Castles 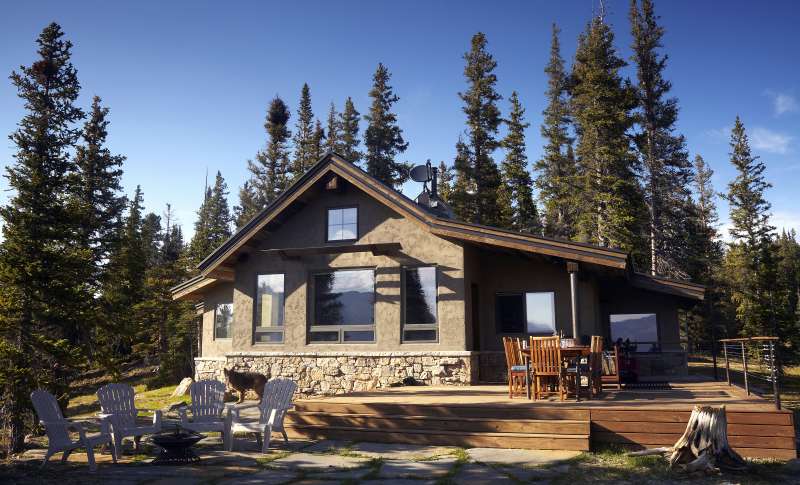 Aging Baby Boomers apparently missed the memo about how badly they’ve prepared for retirement. While study after study highlights inadequate retirement savings and planning, a new survey and report sponsored by Merrill Lynch finds that a broad cross-section of older Americans are eagerly looking forward to new adventures and, especially, freedoms, in their later years.

“Home in Retirement: More Freedom, New Choices,” prepared for Merrill Lynch by the Age Wave consulting firm, focuses on the age-related transitions that people are making in the way they live and how they regard their homes. According to the study, nearly two-thirds of retirees say they are now living in the “best home of their lives” and making active efforts to create living spaces that match their new retirement lifestyles. Nearly as many say they are likely to move during their retirement years, and most of this group has already relocated once.

“When I look out at the future of our aging population, I have concerns, too,” said Ken Dychtwald, head of Age Wave and a longtime leader in aging research. “I am not a beginner at this. But I think a lot of our worries are not a fait accompli,” he said. “I think we have, to a fair extent, overemphasized the misery of aging.”

After lives largely determined by work and family responsibilities, boomer retirees find they are experiencing a new sense of freedom about where and how they live. An estimated 4.2 million retirees moved into new homes last year alone, the report found. And while downsizing is often recommended as a new lifestyle for retirees, nearly a third of retirees who relocated actually moved into larger homes. (One reason: One out of every six retirees has a “boomerang” child who moved back in with them.)

Only one in six retirees who moved last year wound up in a different state, emphasizing the strong attachments that boomers have to their existing communities. Among future retirees, 60% say they expect to stay in their current state while 40% want to explore other parts of the country.

From their 60s to their late 70’s, people “think of this as a great time and a time of great freedom,” Dychtwald said. “That word—freedom—came up over and over again.”

Reaching age 60 seems to represent a “threshold event” for people, added Cyndi Hutchins, director of financial gerontology for Bank of America Merrill Lynch. With careers winding down and children out of the house, people take a new look at their futures. Another transition occurs in the early to middle 70s, when many begin to slow down and become less active. “We see a spike in that freedom threshold again at that age,” she said. “We see retirement as a succession of different time periods.”

Whether people move or not, or downsize or not, their homes assume added significance, the study found. “Prior to age 55, more homeowners say the financial value of their home outweighs its emotional value,” the report said. “As people age, however, they are far more likely to say their home’s emotional value is more important than its financial value.” More than 80% of people aged 65 and older own their own homes, and more than 70% of them have paid off their mortgages.

If boomers do reinvest in their homes, it would provide a major boost to the housing and home furnishings business. In the next decade, the study notes, the number of U.S. households will increase by nearly 13 million, with nearly all of this growth—nearly 11 million—occurring among people aged 65 and older.

Common renovations among retired homeowners include: home office (35%), improved curb appeal (34%), a kitchen upgrade (32%), improved bathroom (29%), adding age-friendly safety features in a bathroom (28%), and modifying their home so they can live on a single level if needed (15%).

The report found the South Atlantic states were the favorite place for people to live and to relocate, followed by Mountain and Pacific states.

It also echoed other research that finds people overwhelmingly prefer to “age in place” in their own homes, with 85% of people preferring this option as opposed to moving to a senior or assisted living community.

The Merrill Lynch study is the fifth in its series of seven planned reports dealing with people’s life priorities for their health, home, family, finance, giving, work, and leisure. Its findings are based on a survey of more than 3,600 adults representative of the broader U.S. population in terms of age, income, gender and place of residence.

Philip Moeller is an expert on retirement, aging, and health, and co-author of “Get What’s Yours: The Secrets to Maxing Out Your Social Security,” Reach him at moeller.philip@gmail.com or @PhilMoeller on Twitter.