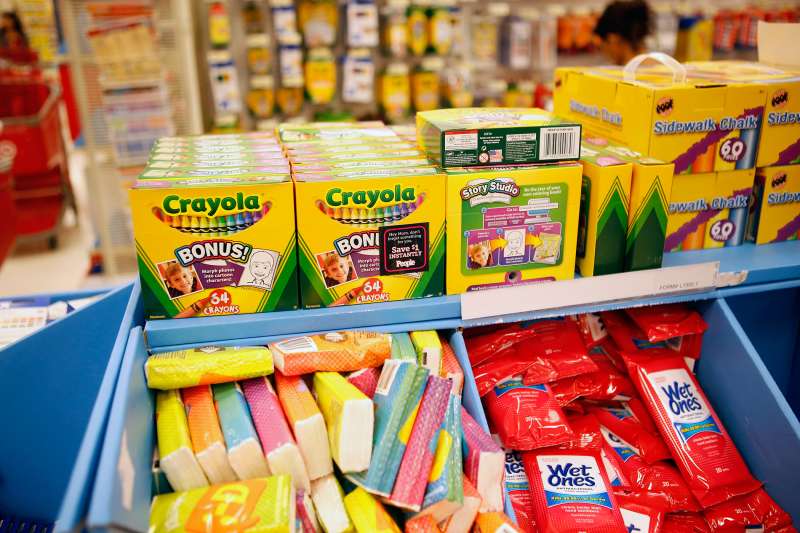 Over the past decade, the amount of money parents spend during back-to-school shopping season has increased a hefty 42%, according to National Retail Federation data. But this year, parents seem to have hit their limit.

The average household with school-age kids expects to spend $630 during back-to-school season, down from $669 a year ago. Probably the most common way to save is by shopping strategically and snatching up good deals as they arise. Retailers like Office Depot, Staples, and Walmart roll out new promotions and discounts once a week, if not more frequently, and loss-leader deals like notebooks for 25¢ or even 1¢, potentially saving big bucks for families. Sales tax holidays offered around the country in July and August shave a few percent off the household back-to-school budget as well.

Here are two increasingly popular back-to-school saving strategies that require even less—perhaps no—effort on the behalf of parents.

To some extent, the increase appears to be part of a general trend of procrastination, laziness, and/or refusing to admit that summer is coming to a close. The National Retail Federation similarly noted a rise in parents saying they’ll shop at the last minute (one to two weeks before school), from 25% last year to over 30% this year.

But consciously or not, there’s some strategy behind the refusal to buy in advance: By doing so, not only do parents get to skip out on the chore of browsing weekly brochures and trying to figure out when to buy protractors, glue, and whatnot, but they also get to benefit from broad clearance sales. Around the time Labor Day hits, after all, retailers resort to deep discounting to empty the aisles of back-to-school items and make way for Halloween and (groan) Christmas merchandise.

Do nothing whatsoever. This “tactic” is even easier than procrastinating and buying everything on discount in one fell swoop after school starts. This approach—essentially doing zilch and getting by with what you already have on hand—is being embraced by more parents as well.

According to the same Deloitte research, since 2011 there has been a 13% increase in parents adopting the anti-consumer strategy: “Our household will reuse last year’s school items rather than buying new.”

Again, going this way yields the dual reward of a) requiring minimal effort; and b) saving money. It also plain makes a lot of sense, especially in light of the data noting that families have been spending more and more on back-to-school items—so, in theory at least, households should have quite a backlog of products to use, or reuse as it were. American households are generally pretty cluttered with stuff as well, and somewhere in the mix parents know there are probably more than enough perfectly good supplies and clothes for their kids to start the school year.