How to Be a Terrible Roommate 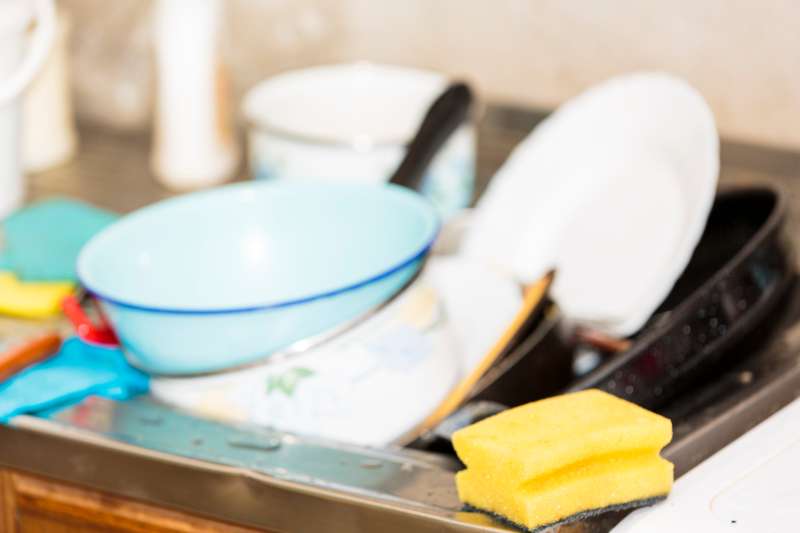 Until very recently, I’ve never lived alone. I went from my parents’ house to a college dorm room to a fraternity house to various apartments, to a condo of my own — all of which were occupied by at least one other person. Considering that I’m OCD about everything — which is perhaps why I find myself currently living alone — and that I’ve lived with a couple crap-bag human beings in the past, I’m a bona fide expert in all the things you should never do when cohabitating with someone else.

1. Eat Other People’s Food Without Permission

It’s important for me to establish that while I’ve had many roommates over the years who have all done something I didn’t like (as I’m sure I did for them, too), most of them weren’t particularly offensive. A little annoyance here and there, yeah, but that’s par for the course. And we’re still friends. But there was one roommate who was so vile, so rude, so throw-up-in-my-mouth disgusting that most of the following anecdotes will be based on my short, six-month experience with him. Like the time he ate my food without permission.

But he didn’t just eat my food without permission. It’s not like a pack of ramen was missing and I lost my ish. Oh, no. This dude and three of his drunken friends ravaged $50 worth of the groceries and snacks I had just purchased the night before. Straight-up murdered the fridge and cabinets. My cheese popcorn never stood a chance. Of course, the next day when I confronted him, he was all apologetic and offered to pay for the pilfered goods. But he never did. Because that’s the kind of person he was — Satan’s Spawn (SS), who, admittedly, I should’ve known was up to no good when he suspiciously smelled like both sweat and Cool Ranch Doritos simultaneously.

2. Fail to Pitch In on Common Household Items

There were three of us living in the Baltimore row house in which SS kept his lair, but only two of us pitched in on household items. Personally, I didn’t mind buying cleaning products. I accept that not everyone lives as extreme-clean as I do, and they don’t have to. But, when you don’t throw in a few bucks for paper towels and toilet paper, and then use half the rolls yourself, you’re some special kind of evil. As a result, my other roommate and I started rationing the paper products amongst ourselves and kept them in our respective bedrooms for our own use.

And, nope, I’m not even a little bit remorseful about the first time SS discovered our new tactic right after doing his business. Bet he found the cleaning products that day.

Read More: The Benefits of Having a Roommate (Besides Saving on Rent)

3. Bring in a Revolving Door of Randos for Overnight Stays

Surprisingly, SS didn’t bring in a bunch of randos. Frankly, we were shocked when anybody at all would stay the night in his bedroom — because Godspeed to that brave warrior princess and her penicillin prescription.

Still, it’s never cool to have strangers in and out of the house all hours of the night. Be respectful of your roommates and recognize that perhaps they don’t appreciate Tinder “dates” staying over all the time. My personal rule is that non-roommate stays should be limited to no more than 1/3 of the month, which applies to significant others just as much as it does bar-to-bedroom buddies, friends, and family. I didn’t sign a lease with those people, so why are they here all the time?

4. Being Consistently Late on Rent and Other Payments

If SS didn’t pay me back for the $50 worth of food he scarfed down, then it’s probably not hard to believe that he rarely paid his rent. We lived in an equal-payment situation, and our landlord wanted us to help make up the difference. Pfft. Nerp. Hold up, bub. That’s not my friend over there drinking top-of-the-line tequila, but who’s too house-poor to buy toilet paper. I’m not picking up his slack. Likewise, nobody in your place should be covering for you if you can’t make ends meet. In that case, you got to go. Don’t let the door hit ya where the good lord split ya. (See also: 10 Money Moments That Are Awkward for Everyone)

This dude didn’t pick up a broom the whole time he lived with us. Couldn’t find the Ajax to scrub the tub, or replace the shower curtain when it got grimy. Nary a bottle of Windex or 409 ever touched his hands, and God forbid he wipe down the stove after his Spaghetti-Os splattered everywhere. But while he left his indelible mark on the common areas, it was his bedroom that should have been quarantined. After months of my dishes consistently disappearing, rarely to be seen again, I opened SS’s bedroom door one day to take back what was mine. Except they were now science projects, like that time Stephen King touched a meteorite in Creepshow and starting growing alien vegetation all over himself. Thus, they became his dishes, that jerk.

Of course everybody has a right to keep their room how they want it. Some people aren’t as tidy as others, and that’s okay, in your own personal area. But if you’re downright filthy, it becomes a household issue, especially as pests and rodents can be problematic. Keep common areas tidy and at least try to keep your bedroom somewhat clean, as well.

I use to be a cigarette smoker, but I never smoked indoors in a roommate situation if they didn’t like it. I also recognize that some people like to smoke weed, and since that was never my thing, I appreciated when my roommates would smoke elsewhere.

If you drink or smoke and your roommate isn’t cool with it, then you need to respect that and keep your recreational activities far away from them.

I didn’t have to worry about SS borrowing my clothing without asking, but when I was in college I had a roommate — one of my fraternity brothers — who would borrow my clothes on the regular. In all fairness, we borrowed each other’s clothing, since we were essentially the same size and build, but I didn’t like when he would go into my closet without asking first. It’s cool when you’re both in the room getting ready for a party and can swap closets in person, but it’s a little invasive if you’re going through your roomie’s wardrobe when they’re not there. If this is something you enjoy with your roommates, just remember boundaries. If the other person doesn’t know about it, it’s stealing. And you better hope you don’t get a stain on my shirt… lest you want to be buried in it.