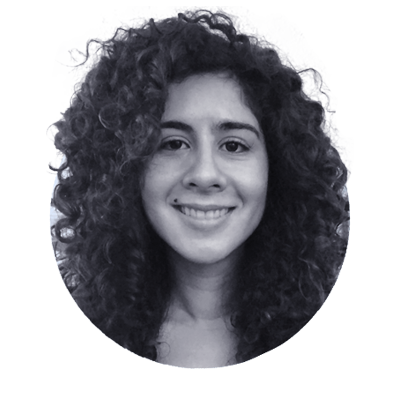 Norma Rodríguez
Staff Writer | Joined October 2020
Norma holds an MA in Film Studies from Chapman University, and is completing her Ph.D. in English at the University of Puerto Rico. She writes about insurance.
Has also written:
See full bio
Originally Published: Sep 13, 2021
Share 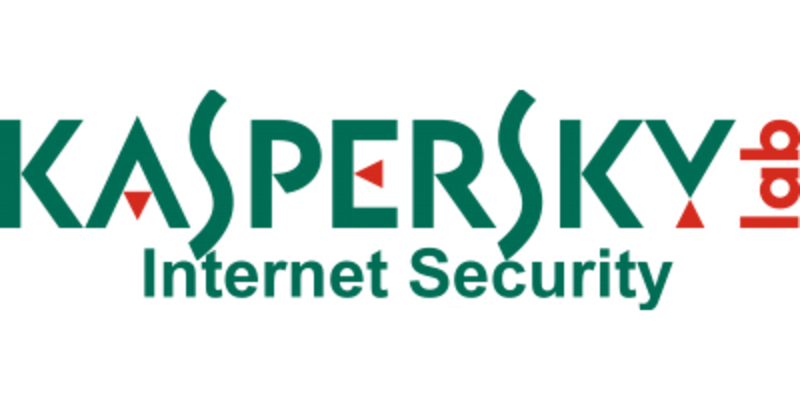 When we spend most of our days in front of a computer or mobile device, it shouldn’t be a surprise that even the most experienced users may fall victim to computer viruses, hackers, or data breaches.

To help you protect your computer, tablet, and phone, we‘ve researched and selected the best antivirus software for 2021.

Popular belief holds that computers running on the Mac OS system don't need malware protection. However, that’s not true. According to AV-Test, an independent IT security institute, in 2020, there were around 240,000 different types of viruses designed for this operating system.

Norton 360 Premium I offers Mac users protection against malware, hackers, and other viruses while also giving access to a password manager and private VPN. This antivirus offers a 100% virus protection promise with a money-back guarantee if a Norton expert cannot remove the computer’s malware.

These antivirus security suites can protect up to 5 devices and include a smart firewall, secure browser, and dark web monitoring. Norton 360 with LifeLock Premium also offers identity restoration services, Social Security alerts, and reimbursement for funds stolen due to identity theft.

Avast is a solid option for those who are looking for a plan with basic protection. This free antivirus software covers Mac OS, iOS, Windows, and Android devices. Avast’s cloud-based protection blocks viruses and other types of malware, warns users about unsafe sites and blocks intrusive web trackers.

Avast also offers Premium and Ultimate subscription-based options that cover up to 10 multi-platform devices. These subscription-based antivirus programs include security tools such as VPN, anti-tracking, and a more premium cleanup and protection against viruses, ransomware, and spyware.

Avast Premium also includes a data or file shredder, a feature that allows users to irreversibly erase files or whole drives to avoid the misuse of data by cybercriminals.

Kaspersky Essential Suite is our choice for the best antivirus for PC because it provides wider protection against malware than Windows Defender. As part of their most affordable package, Kaspersky protects up to 3 PCs, and provides performance optimization and real-time virus protection.

According to AV Tests, Kaspersky provides complete malware protection, even detecting malware that has attacked your PC up to four weeks before installation. Kaspersky Essential Suite also includes web protection, phishing protection, and other security features including encryption, and VPN. This antivirus software stands out in tests for its accuracy in virus warnings and false blockages. Kaspersky’s antivirus might cause a minor slowing down in the download and launching of other computer programs.

Kaspersky’s Advanced Suite and Premium Suite are the other two tiers of antivirus protection this company offers. Their Advance Suit protects up to 10 devices and includes encrypted browsing, anti-phishing, and protection against hackers gaining control of your PC remotely through the use of Remote Access Tools (RATs).

Wi-Fi Guard VPN is only available with a Premium subscription

McAfee Mobile Security for iOS stands out for its monthly or yearly subscription-based options, Wi-Fi protection and security, and mobile contacts backup. It’s available for iPhone, iPad, and Apple Watch with more than 150K ratings and 4.7 stars in the Apple Store.

McAfee Mobile Security allows iOS users to remotely remove contact information and protect photos and videos if their device is stolen. This antivirus increases the chances of finding the stolen device even with a low battery using a GPS tracker, and contact backup is performed automatically through the McAfee Cloud.

Avira offers two options for Android users: Avira Prime and Avira Prime for Mobile. Avira Prime is the best option for users interested in protecting other PCs or Mac OS devices. This subscription-based antivirus protects up to 25 devices, and it’s available in monthly and yearly plans.

Avira Prime for Mobile offers Android users antivirus protection, unlimited VPN, identity safeguard, and a password manager. In trials, Avira antivirus has been proven not to slow down the mobile device while in use and doesn’t impact battery life. 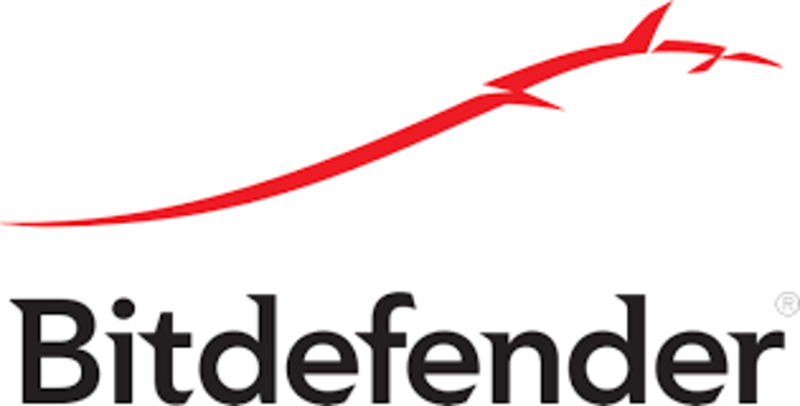 Bitdefender also offers other antivirus products including Bitdefender Antivirus Plus and Bitdefender Total Security. Both security software feature a privacy firewall, protection against malware, spyware, and adware, protecting up to 10 multi-platform devices.

In AV-Test trials, Bitdefender has shown to slow down the installation of frequently used applications minimally; however, the high-quality detection of widespread malware makes this antivirus software stand out from its competitors. 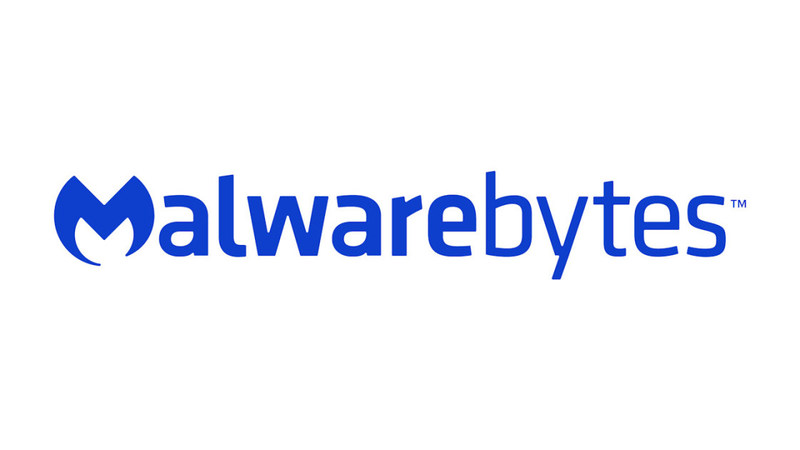 Malwarebytes stands out from other antivirus software by being specifically designed for Chrome OS. Malwarebytes offers Chromebook users the option of a free or subscription-based premium version that can provide ransomware protection before it locks the device. Malwarebytes for Chromebook also protects against phishing attacks.

Keep your digital life safe with an Antivirus Software.
Norton continues to evolve as emerging cyberthreats do so you know that your data and devices are safe at all times. Click below to get started today!
Get Started

Other Companies We Considered

When researching and selecting the best antivirus of 2021, we encountered companies whose software provided good protection against malware; however, they lacked features, slowed down devices, and didn’t offer competitive prices.

Webroot isn’t part of our main list because its antivirus has fewer features than other similarly priced software. This antivirus has not been part of AV-Test comparatives since November 2016, and there’s not enough information about its performance to compare it to the other companies.

Sophos didn’t make it to our top list for the lack of features in their subscription-based option and because their user products have not been part of AV test trials since 2019.

Eset doesn’t take part on our main list because this multiplatform antivirus doesn’t include iOS. In AV test trials, Eset has been shown to slow down the installation of frequently used applications in PC and Mac computers.

Trend Micro antivirus isn’t part of our main list because customers must purchase their most expensive option to obtain complete device protection. This subscription covers up to 10 devices, making it a pricier option for those looking to secure a more limited amount of personal devices. In AV Tests trials, this antivirus slows down launching popular websites and installing frequently used applications on PCs.

AVG didn’t make it into our main list because their free version only includes viruses and other malware blockage. Free antivirus software usually includes additional features and broader protection. In trials, AVG significantly slowed down the launching of commonly used applications in PCs, and only their AVG Internet Protection has a 30-day free trial.

When thinking about computer viruses and how to protect our devices against them, it’s essential to know and understand the most common types of viruses and what to look for when purchasing antivirus software. In this guide, you can find information to help you choose the best antivirus to protect your device.

Malware is a term that covers a wide selection of malicious software. Viruses, trojan horses, worms, and spyware are considered to be malware. This malicious software slows down device performance and attacks data and resources.

Ransomware, a type of malware, blocks the user’s access to the device. The attackers ask the user for a ransom fee to release the device.

This type of malware tracks information usage and transmits data from the hard drive of the hacked device to another. There are several types of spyware:

Adware are display ads in the form of pop-up windows that appear on the user’s screen. They usually appear on free-to-use software and applications, monitoring users’ interests to develop more relevant ads.

What are the signs of a computer virus?

Signs of a computer virus are not always evident to the user. According to Norton, here are some of the general symptoms your device might show if a virus has infected it:

How does antivirus software work?

There are different methods of antivirus software programs to detect and eliminate malware.

How To Choose The Best Antivirus

Choosing the best antivirus will depend on what operating system runs the device you want to protect and the type of cybersecurity and extra features you want to include. Some essential elements your antivirus software should include are:

Most antivirus software companies include an array of features and extras with their antivirus programs. These are some of the most valuable features to consider, including:

If you’re interested in protecting your identity, check our selection for the best identity theft protection of 2021.

What is the best antivirus?

How to disable antivirus?

To disable antivirus software, look for the program icon in your desktop or application folder. Right-click on the icon and select the disable option.

The disabling antivirus software is only recommended when installing a new computer program the antivirus doesn't recognize. After the installation, run the antivirus program to ensure the software scans it for any malware.

What is the best free antivirus?

As the best free antivirus, we have selected Avast. This software protects Mac OS, PCs, and Androids.

Which antivirus is the best for Windows 10?

We selected Kaspersky anti-virus as the best one for PCs because of its features, thorough protection, and good reviews by AV-Test.

If I have a VPN, do I still need antivirus software?

Yes, to have comprehensive protection, you should have antivirus software in addition to a VPN service. The VPN will protect your data and information securely; however, it's not an antivirus. You can save your data with a VPN, but your device needs to be covered with an antivirus.

How We Chose the Best Antivirus Software

We researched and used the data from trials conducted by AV-Test, an independent testing lab that tests antivirus software for PCs, Mac OS, iOS, and Android every couple of months. We vetted companies based on their findings of slowing down devices, detecting malware and eliminating it.