This Is the Best Carry-on Bag for Your Money, According to Someone Who Lived in 10 Countries in a Year 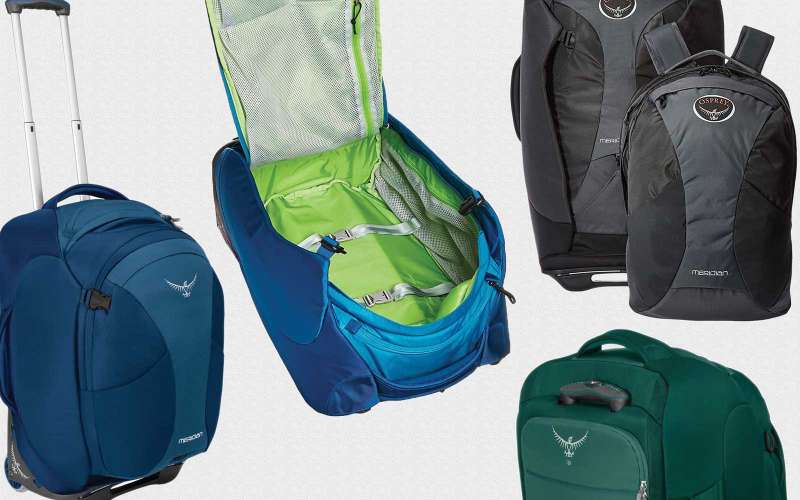 When it came to contracting the travel bug, I was a late bloomer. My family took regular weekend trips to our lake house a few hours south of home in Asheville, N.C., but passports and airplanes felt like pipe dreams out of movies, not tangible, achievable feats. But after years working as a writer in New York City, my tax bracket shifted and suddenly what I once considered out of my budget was now, well, affordable. That was in 2013 — the moment my wanderlust was born.

Fast forward a few years and I had crossed off Italy, Spain, Portugal, Denmark, England, Costa Rica, and Belize to name a few. And then speed right up to the start of 2017, where I found myself blinking in amazement that I was offered the opportunity to travel the world for a year via Remote Year — a program that allows digital nomads to live and work in 12 cities across at least 10 countries over 12 months.

As I’m writing this ode to globe-trotting, I’m sitting at a co-working space in Lisbon, Portugal, and in two days, I’ll move to Kyoto, Japan. And before here, I called Split, Croatia and Prague, Czech Republic home with side trips to Bosnia, Hungary, Austria, and a dozen others.

That being said, one of the hardest aspects of Remote Year thus far was preparing to be away from home for an entire year. As someone who loves to nest and needs to have a few of her favorite things everywhere she roams, downsizing to one checked bag, one carry-on bag, and a backpack was a feat in itself. I won’t confess to just how many hours I spent searching online to find the right luggage, but when I found this Osprey buy, I fell in love.

At first I was nervous about selecting a piece I wasn’t familiar with, but with the rave reviews, I decided to give it a go. Now, more than 100 days into my yearlong journey, I can express with full confidence how amazing this carry-on is. It’s perfectly sized for overhead compartments, weights just over eight pounds, and is practically the chameleon of travel bags. Here, a few big reasons why you should consider investing in the Osprey Meridian 60 (amazon.com, $350).

It easily shifts from a backpack into a wheeled bag.

Going into Remote Year, I knew I’d have an apartment in each city along the way — from Kyoto to Buenos Aires — but since this was my 365-day permission slip to get in as many miles as I could, I also knew I’d want to take side trips. The group I’m part of — specifically Yugen — has been taking full advantage of getting out of our cities to see nearby towns or countries — and hey, even continents.

Because of these mini getaways, I wanted a bag that could double-duty as a roller suitcase on those long travel days (looking at you, Thailand to Argentina), but also turn into a backpack for weekend excursions. The Meridian does just that. You can jam-pack it full of all of your necessities if you’re taking a long trip, or clip on its backpack straps and wear it through security. This versatility is a must when you don’t prescribe to any set notion of what travel looks like, allowing you to let those last-minute flight deals guide your way.

It has a detachable day-trip pack.

While the star of this luggage set is its main compartment, with plenty of zippers, pouches, and sections to store and organize, another really helpful feature is the detachable backpack. Using the clips on the front, a backpack of the same design and size stays steady and secure.

When you’re traveling for a lengthy period of time and you’re not sure what wonders you’ll collect along the way, having an extra pack can be really helpful. I tend to use mine as my commuting bag, going from my apartment to our workspaces in every city, but it could also work as a gym bag or a sightseeing carry-all.

It excels on every type of terrain.

So far, my Osprey has accompanied me to the islands of Greece, Croatia, and Portugal, the cities of Prague, Lisbon, Vienna, Budapest, and Dresden, and the countryside of Tuscany. It’s also ventured to Africa, Marrakech, and out into the Sahara Desert as I rode a camel into the sunset. In a mere few days, it’ll be up for the challenge of Japan, then Malaysia and Thailand, before spending six months in South America.

From seaside towns and beaches to city streets and sand dunes, I’ve been impressed with how well it stands up to any terrain test. The wheel and chassis design makes it easy to maneuver and, most importantly, the durability eases the type-A anxieties I always battle with when traveling. Because I know it’ll stand up to anything, I can jet in peace, silently dreaming of — and likely planning — my next adventure.