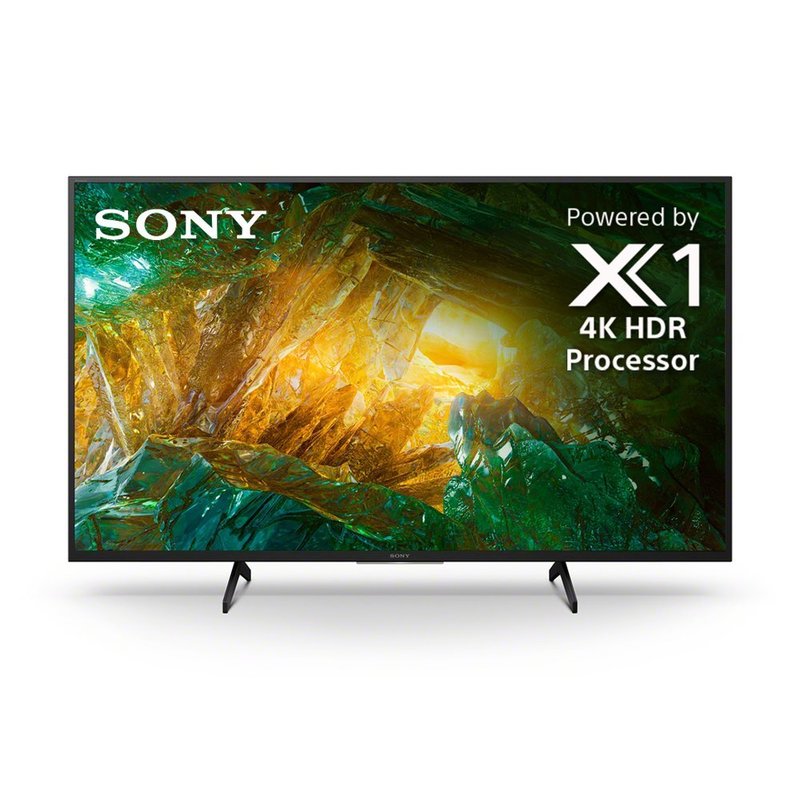 Sony is a top TV brand, and the 800H series offers great value given the quality, features, and relatively low prices.

Higher prices than you'll find from other smart TV brands. 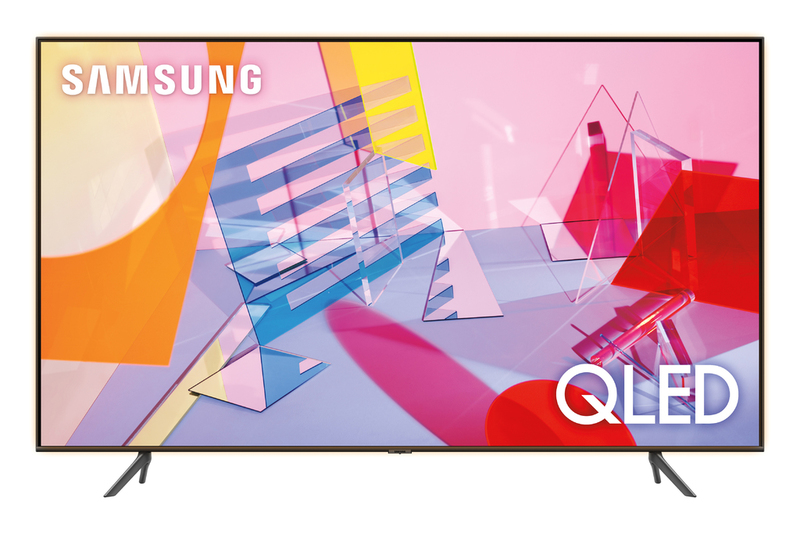 Samsung is known for excellent colors, contrast and quality. The Q60T series offers amazing value when they're on sale.

Only 3 HDMI connections (other models have 4), higher prices. 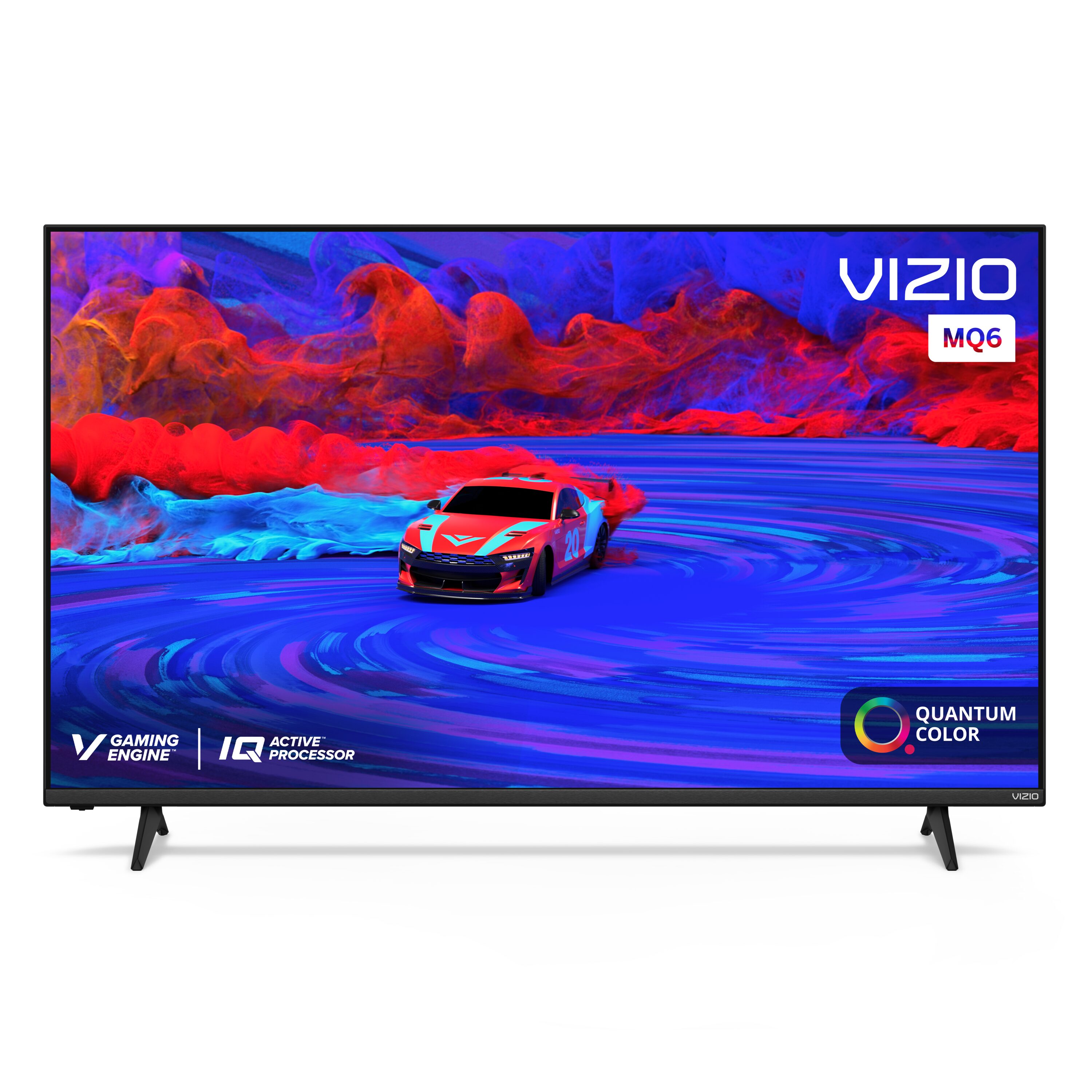 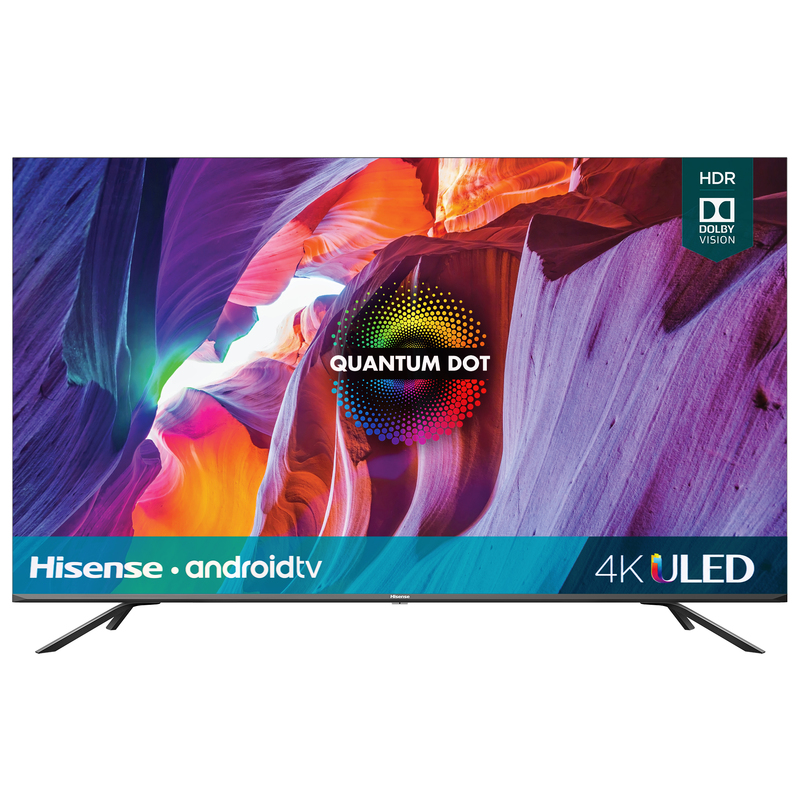 The Hisense Quantum Series is a good choice for gamers who don't want to spend a fortune.

Some reviewers complain the remote control isn't easy to use. 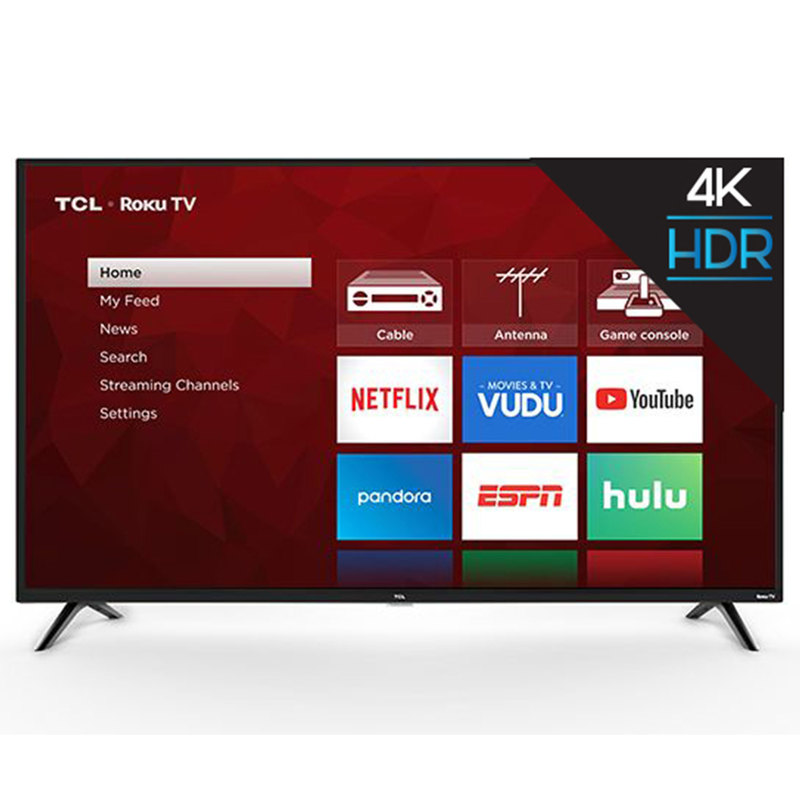 Equipped with Roku, TCL smart TVs are ideal for easy streaming, and prices are cheap.

Sony is a top TV brand, and the 800H series offers great value given the quality, features, and relatively low prices.

Samsung is known for excellent colors, contrast and quality. The Q60T series offers amazing value when they're on sale.

The Hisense Quantum Series is a good choice for gamers who don't want to spend a fortune.

Equipped with Roku, TCL smart TVs are ideal for easy streaming, and prices are cheap.

Higher prices than you'll find from other smart TV brands.

Only 3 HDMI connections (other models have 4), higher prices.

Some reviewers complain the remote control isn't easy to use.

If you want to feel old, consider the fact that today's teenagers have never had the experience of tuning into a specific channel at a specific time in order to catch their favorite show. These days television is all about streaming your favorite shows and movies whenever you want. And while you can stream on your phone or tablet, the best way to appreciate the seemingly limitless content out there is with a nice big screen — which is why you're going to want a smart TV.

In case you're not quite sure what the term means, a smart television is designed to connect to the internet and run on an operating system similar to Apple or Android. With a smart TV, you can download the app for a streaming service such as Netflix, Amazon Prime Video, Disney+, or HBO Max and, once you pony up for a subscription, you can enjoy all the films and TV shows in the catalog. You can also stream music (via Spotify or Apple Music), rent films and stream fitness classes via applications such as BeachBody. Some smart TVs even come with voice-activation features, so you can forget the remote and just ask Siri to play the latest episode of Saturday Night Live.

Unless you have a really old television, a device like Roku can get your media center hooked up to the internet. But it may be time to upgrade your entertainment center with a smart TV. After all, it seems like the average picture quality for a television just gets better every year, at the same time that prices go lower and lower.

While the fanciest and newest devices come with all the bells and whistles, they also go for the highest prices. On the other hand, there are many smart TVs out there with fairly low prices — and which can be downright cheap when there are deals. To help you figure out what smart TV will meet your needs and offer the best value for the money, we asked some technology experts for their recommendations. But first, some background on where and when to buy a TV if you're looking to pay the absolute lowest price possible.

What are the best smart TV deals? And what's the best place to shop? The answers to both of these questions can change on a daily — sometimes hourly — basis.

There are new smart TV sales launching every week of the year, and it can be hard to tell whether the latest discounts are true bargains or merely meh. To evaluate deals wisely, you must learn a bit about the best smart TV brands and models in your price range, and then figure out how much they really cost on a typical day. Neither task is as simple as you'd hope.

The first task is complicated because electronics brands feature an astonishingly diverse range of device series and models. VIZIO TVs, for example, come in V-series, M-series, P-series, and OLED varieties, and each line offers models in multiple different sizes and different model numbers. Sometimes, a specific smart TV model is sold exclusively by one retailer, though there are often other similar — or completely identical — model numbers available from multiple stores.

As for the second task, you'd think it would be easy to find out how much a TV normally costs. Just look at the list price, right? Even this can be annoyingly complicated, because retailers sometimes use different lists prices — or cite varying "original," "regular," or "compare to" prices — to confuse shoppers into thinking that the sale price at the moment is a great deal.

What can shoppers do to make smart decisions? First, when browsing TVs and evaluating deals at Amazon, Best Buy, Costco, Target, Walmart, or other stores, do your best to make apples-to-apples comparisons. Look at brands and TV sizes, obviously, but also specific model numbers. If it's impossible to compare prices at different retailers for the same exact model, examine the TV's capabilities and specifics, including the model year, screen pixels (a higher rating means it has a higher definition and better picture), how many ports it has for plugging in game consoles and Blue-ray players, and so on.

When it comes to researching how much a TV really costs, check out a price-tracking site such as CamelCamelCamel or Keepa, where you can view how prices have fluctuated at Amazon over the course of months. These services only track prices at Amazon, but Amazon often has good prices and matches competitor deals, so these sites can give you an indication of the market overall.

Finally, it's certainly worth looking for smart TV deals at strategic times of year, like major shopping holidays. The Black Friday season — yes, it's an entire season now, with weeks of deals — is particularly known for amazingly cheap TV sales.

In other words, if you shop strategically, you could pay much less than the prices for the smart TVs below — which are already pretty good values, even without Black Friday discounts.

Best smart TVs for the money

Lauren Fuentes, an operator of the website for the cable provider Infinity Dish, knows that having access to all the channels and streaming content in the world is pointless if your TV isn't up to snuff. That's why she recommends the Sony Class X800H Series LED 4K UHD Smart Android TV, which she says is "one I have in my home for a top-notch movie and sports viewing experience."

"The size you want will be based on your seating area, but I have the 65-inch, and the picture is absolutely perfect for watching my favorite team or watching a high-def movie," says Fuentes. "It is energy efficient and comes with a remote that includes direct links to Netflix and Google Play. The menu is easy to navigate and use, unlike some smart TVs that have you jumping through hoops to find what you want."

Courtesy of AmazonJayant Gosain, a technology journalist and the founder of the blog The Tech Toys, says it's worth the extra money to go with the well-known brand name, and he likes the Samsung Q60T series in particular.

"I always recommend Tier-1 brands because it really affects the experience. You can easily get a $200 smart TV but what about the panel quality? You get dull colors, low brightness, and poor contrast ratio. A TV is all about the display and a poor display is not worth the money."

If you're happy with a 43-inch television, Samsung has one for around $530. If you're willing to throw down some serious cash for a gigantic 85-inch set, that runs more in the neighborhood of $2,500, Gosain says that either way, you'll be getting a lot for your money.

"We all know the quality of the display panel delivered by Samsung and this is no different. Accurate, bright, and vibrant colors on a 4K display look absolutely stunning. On top of that, it comes with Alexa, Google Assistant & Bixby built-in. Simply ask Alexa or any other Voice Assistants to play your favorite movie, TV show or even music and you are all set to have the best time with your family and friends," he says.

"When it comes to deep blacks and vivid colors, you get more than what you pay for with this budget option. That's one of the perks of a good VA panel, though the trade-off here is a narrow range of viewing angles. HDR10 and Dolby Vision pops relatively well thanks to a wide color gamut and full-array local dimming," he says. "Gamers and enthusiasts will appreciate its black frame insertion feature, which reduces motion blur. Despite a 60Hz refresh rate, folks can expect smooth and responsive gaming thanks to the H8G's very low input lag. Android TVs like this one provide native access to the Google Play Store and Google Assistant. But don't worry if you're an Alexa fan – that virtual assistant is also compatible."

Before smart televisions became popular, lots of people used a Roku device to connect their set to the internet so they could check out this thing called "Netflix." But these days, Roku comes standard in many TVs. "There's no shortage of Roku TVs on the market," says Somashekar. "Roku is technically still a platform-agnostic streaming option, making it a neat alternative to the less-neutral Amazon Firestick and Apple TV. The TCL R635 offers excellent picture quality on a QLED display. It has a number of features that will float many gamers' boats, including black frame insertion and a variable refresh rate for reduced screen tearing."

This VIZIO series is equipped with Dolby Vision High-dynamic-range imaging, which makes it great for cinephiles with high standards for picture quality. The M Series from VIZIO "sports a whole host of features that can launch your own home theater," says Oleg Deneka, the founder of TechPriceCrunch. "With a great contrast ratio and dimming features, you can kick back and enjoy the show."

Smart TVs are sometimes viewed as a luxury item, but you can still stream your heart out on a budget with TCL. "If at the bottom line, price is what is most important for you," then the TCL 3- and 4-Series lines offer very solid options, says Deneka. "It has all the smart features that you will expect from a modern TV, but it’s lacking in the support functions and video quality that higher-end models can provide. If you’re willing to make that sacrifice for a decent screen, this option is up for grabs."

With a reputation for decent quality and such low prices, it's no surprise TCL often dominates Amazon's bestselling TV list.

Fire TV is Amazon's version of the Roku, in that it enables you to connect your TV to the internet. Insignia televisions have Fire TV technology built into them, so they run using Amazon's Alexa virtual assistant service and are very easy to operate.

Rex Freiberger, Los Angeles-based CEO of the technology website Gadget Review, says that in addition to working with Amazon, Insignia "will work with any streaming app including things like YouTube and Twitch. Connectivity is decent, picture quality is good." He adds that "the only thing I've ever had a problem with is some strange sound issues. Sound will drop out randomly to the point where I've had to unplug the HDMI cable and plug it back in, which reboots the TV entirely."