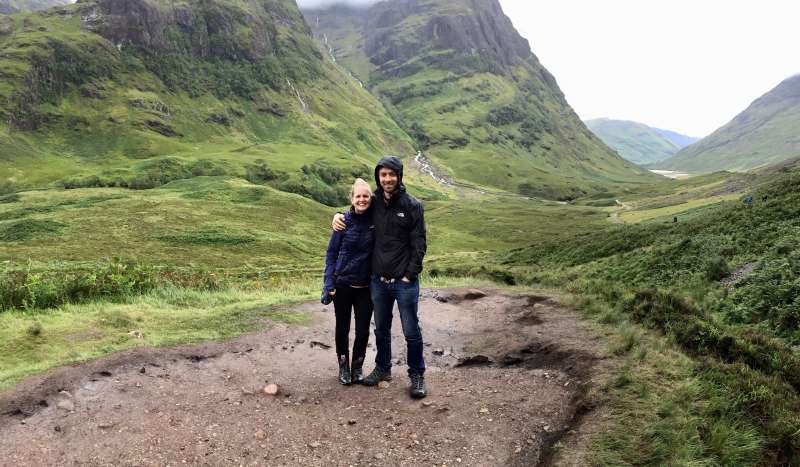 Courtesy of the Mad Fientist

At the age of 34, Brandon realized he had been motivated by money his entire life.

And now, he no longer is.

The software developer and blogger behind the Mad Fientist — who doesn’t use his last name online for privacy reasons — had been planning and saving for years to retire early.

Living frugally and working in rural Vermont, he managed to save and invest about 70% of his after-tax income, and saved enough to leave his job in spring 2014. However, when his employer offered to make his position remote, he stayed on for a few years more than planned, intermittently traveling with his wife Jill until they relocated full-time to Scotland in May 2015. There, he continued working, blogging, and saving until he retired last summer.

In a post on the Mad Fientist, Brandon reflected on his first full year of being retired — or, more accurately, financially independent, not reliant on a job to pay his bills and therefore able to pursue only the projects and activities he’d like.

He wrote that the “biggest mindset shift that occurred after reaching [financial independence]” was “the realization that money is no longer motivating.”

Brandon writes that he still hasn’t “fully come to grips with this but I’m slowly getting there.” For instance, he took ads off his site because he’d never liked them, but needed them to cover his site’s operating costs. But he still struggled with giving up hundreds of dollars a month.

“That struggle showed me that although money is less important to me now, it’s still not meaningless so I still have some work to do,” he wrote. “It’s hard though because I’m trying to undo decades worth of programming and the new mindset seems so unnatural.”

He continued: “Being content with what you have is great but you still need something to motivate you. Otherwise, what is there to get you out of bed in the morning (especially when that bed is much more comfortable, haha)?”

He’s currently working on nailing down a new source of motivation — and it’s an ongoing challenge.