The Billionaire Who's Fighting Income Inequality 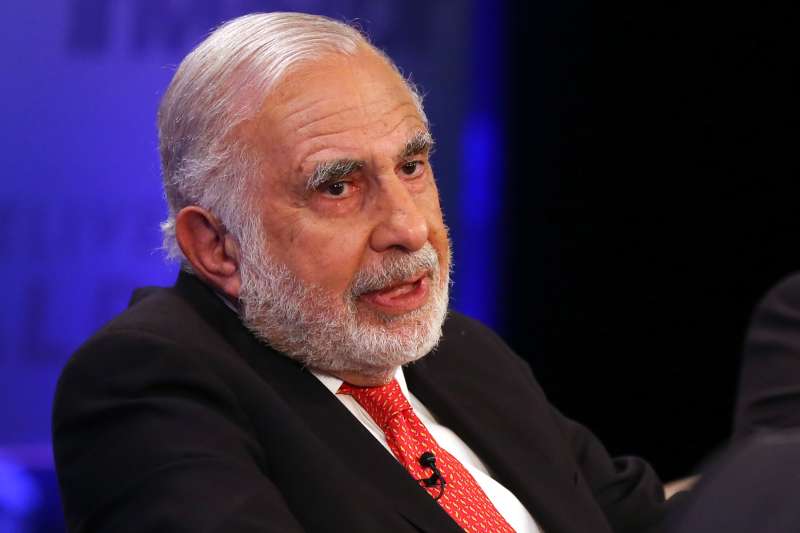 With a net worth of $21.1 billion according to the Bloomberg Billionaires ranking (as of Nov. 12), legendary investor Carl Icahn isn’t “the 1%.” Try moving the decimal over another five places. That’s right: Icahn is in the top 0.00001% of the U.S. population in terms of net worth.

It’s not all that surprising if you think there are only 33 people that are higher up on the net worth ladder in the entire world. Statistically speaking, everyone is below him.

With those credentials, perhaps we ought to listen to him when he warns that income inequality is a problem.

Over a year ago, in an October 2014 Tumblr post, Icahn mentioned income inequality in a (non-exhaustive) enumeration of ills affecting the country:

Thankfully, investors don’t have far to look for a solution:

When Icahn refers to income inequality, he is specifically focused on the compensation of corporate chieftains and what he believes is its weak link to performance on behalf of shareholders.

In a policy paper that he sent to Donald Trump and others on Wall Street and in Washington D.C., Icahn writes:

It would be interesting to know what laws Icahn is referring to, specifically; alas, his paper is not publicly available, so it’s not clear whether or not he delves down to that level of detail.

Why is income inequality a problem in his eyes? Is he worried that it might provoke a revolution? That’s not it. In effect, he is concerned that income inequality begets more of the same, reducing the general welfare by dampening economic growth:

Many commentators will no doubt accuse Icahn of hypocrisy, on the basis that he is himself focused on short-term results and has called for larger share buybacks at companies he invests in. However, even if this were true (which is not as obvious as it may seem), it’s not a useful criticism. Furthermore, it does not address the question at hand; instead, it’s a distraction.

This commentator has seen mixed evidence regarding whether or not rising share buybacks and dividends have really been implemented by U.S. companies at the expense of long-term corporate investments, but I tend to believe the link exists.

And Icahn isn’t the only billionaire who is criticizing companies for their short-termism. In April, Larry Fink, CEO of the world’s largest asset manager, BlackRock, wrote a letter to the CEOs of all of the companies in the S&P 500 on this topic.

In his letter, Fink states that “the effects of the short-termist phenomenon are troubling both to those seeking to save for long-term goals such as retirement and for our broader economy,” adding that this phenomenon comes at the expense of investing in “innovation, skilled work forces or essential capital expenditures necessary to sustain long-term growth.”

There is no question that income inequality has increased significantly in the United States since the 1970s — it’s not a new phenomenon. There is also good reason to believe that it is now detrimental to economic growth.

Icahn appears to be focused on a narrow cause of rising inequality (CEO compensation), but it deserves investors’ (and citizens’) attention nevertheless. Indeed, investors — specifically, institutional investors — are best-positioned to bring about change in the behavior of corporate managers. Now if we could only get those investors to think — and invest — with a longer-term horizon.

Read next: The 3 Most Overpaid CEOs