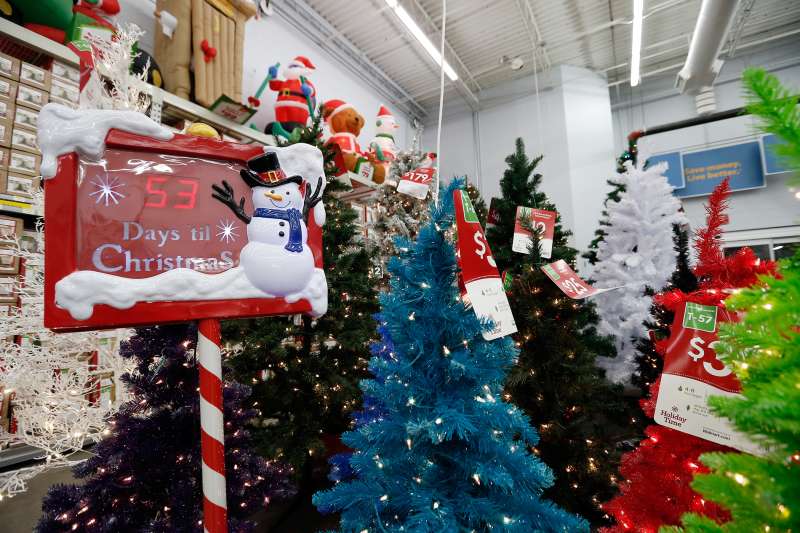 We all know that “Black Friday” has expanded into Thanksgiving, with most big-box retailers opening their doors to frenzied, deal-hunting shoppers on Turkey Day itself rather than the day after. But thanks to the relentlessness of “Christmas creep,” shoppers don’t have to wait until Thanksgiving, let alone Black Friday, to take advantage of deeply discounted Black Friday-style promotions.

Here are a handful of big sales and short-lived doorbuster deals available to shoppers right now.

Amazon Countdown to Black Friday
For Amazon, one Black Friday per year doesn’t cut it. That’s why the e-retail giant cooked up Prime Day, billing a random day of deals in July as the summertime Black Friday. And it’s why, like last year, Amazon is launching “Black Friday” deals long before the actual Black Friday.

This week, Amazon unleashed its Countdown to Black Friday Deals Week. Unsurprisingly, the Amazon way to countdown to deals is … with a whole bunch of deals. At least a handful of heavily discounted items will be featured daily on its “Deal of the Day” list. On Monday, the entries include the Motorola Moto X 16GB unlocked smartphone for $200 ($100 off compared to others) and the PlayStation 4 version of the video game Metal Solid V: The Phantom Pain for $40 (normally $60).

As always, Amazon wants to expand membership in Amazon Prime, not only because the service collects $99 annually from each subscriber, but because Prime members tend to spend a lot more at Amazon. To push the value of Prime during the holiday season, Amazon is giving subscribers access to special deals 30 minutes before the general public.

Walmart Rollbacks
Eight weeks of holiday sales kicked off on November 1 at Walmart, which promises a huge selection of Rollback deals featuring discounted prices that’ll be in effect for at least 90 days—the opposite of short-lived “flash” sales so common at this time of year. The Rollback deals introduced this week include the iPad mini 2 for $199 (usually $268) and the K’Nex 521-piece value tub for $12.88 (usually $24.99).

Target Cartwheel Deals
From November 1 to December, shoppers who have downloaded the free Target Cartwheel app have access to a new deal each day marking down a specific toy by 50%. For that matter, a promotional coupon code circulating on the web can be used at checkout for 25% off toys, sporting goods, and arts & crafts now through November 7 at target.com (use code “BESTGIFT”). Target is offering free standard shipping on all online orders, no minimum-purchase required, now through December 25.

Kmart Bluelight Specials
As Reuters reported this weekend, Kmart has brought back its famous Bluelight Specials for the 2015 holiday season—and perhaps indefinitely. Customers inside stores will be alerted of new deals with classic “Attention Kmart shoppers” announcements. To update the old promotion and spread the word of discounts well beyond store aisle, there is also a Bluelight smartphone app so shoppers can find out about new discounts no matter where they are.

Groupon 12 Days of Doorbusters
Now through November 12, Groupon is offering a string of flash sales on gift items like fleece ski masks for $5 (valued at $30), Egyptian cotton sheet sets for $50 (valued at $346), and Beats Solo HD drenched headphones with mic for $100 (valued at $180). Even if the value prices listed by Groupon are unrealistic and exaggerated—and surely they are—many of the deals seem very solid. Oh, and what happens when Groupon’s 12-day doorbuster sale ends on November 12? We’re not going out on a limb by predicting that another set of promotions will take its place.