Bored at Work? Here Are 7 Ways to Snap Out of It 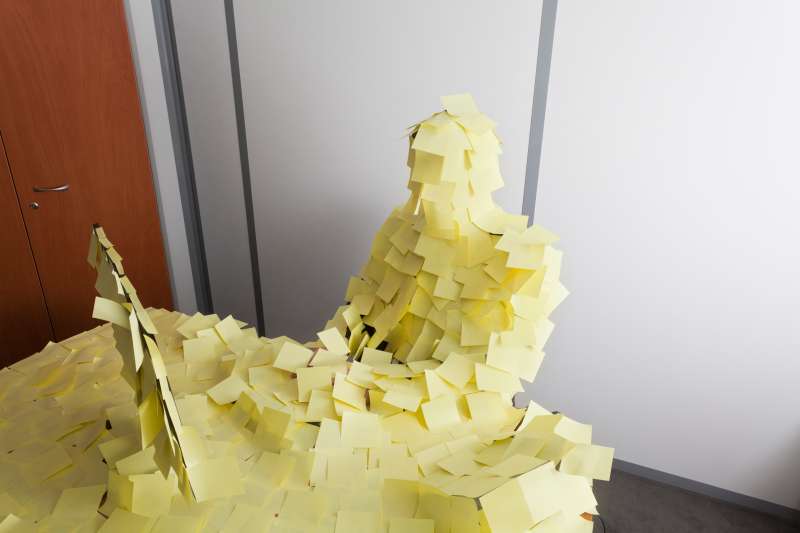 There’s nothing more soul-sucking than being chronically bored at your job.
After all, this is 40-plus hours of your week! That’s like watching three back-to-back full-season marathons of Netflix shows you hate — all while sitting in a desk chair and being unable to drink wine.

So what do you do?

There are little things you can do to help you cope. But it’s important not to favor them over moving up or moving on. Here are six proactive solutions when you’re bored at work.

Angle for a Promotion

If you’re bored in your job, that means you’ve mastered it, right? So you’re ready to level up.

Of course, that doesn’t mean there’s an empty slot right above you, waiting for you to come claim your new job title and salary. But it still behooves you to let your higher-ups know you’re ready.

That said, no one ever got a promotion by telling their boss they’re bored. In fact, “bored” is an unhelpful way of framing the situation, even in your own head. If you’re “bored,” you lack the “passion” that we’re all apparently supposed to have for our work, all the time. It might seem like hiring you was a mistake in the first place.

It wasn’t! You’re just ready for the next thing. So don’t say “bored” to your boss — or to yourself. Instead, try: “I’m ready for more challenges and responsibilities!”

These new responsibilities may not come with a raise, but their successful execution gives you a great case when you do ask for a raise later in the year.

Figure out exactly what the boss expects with these new responsibilities. Perform excellently, document everything, and set a date on your calendar for when you’re going to ask for a paycheck that matches your performance.

Read More: 7 Reasons You Didn’t Get the Job

If you’re bored, figure out how to get the same tasks done in less time. Automate them, systematize them.

Then use the extra time to get involved in other people’s projects. Ask if you can be looped into a project where you can do something new. Or just ask someone a few desks over if you could watch them put together this week’s direct mail piece, or if you could go along (and help out) on a sales call.

If you regularly hand off something to the tech people, or the graphics people, there’s a good chance that you could be sending it in a more helpful format.

For instance, I used to work for a company where I wrote chapters of math problems. The other writers and I all had our own ways of putting math symbols and equations into Word documents, all of which had to be re-coded later by someone who knew what they were doing. Eventually, I learned a bit of LaTeX, a document markup language that exists for just this purpose.

It’s fine to improve your job skills on the company’s time when it’s directly related to getting the work done better and faster — and you don’t necessarily need to ask permission to do it.

Even ballsier? Ask for funding to take a class after work, or even during work hours. Spin the situation so that it’s clear that the class is helping you do your job better — and then judiciously decide whether it’s a good idea to do your homework at the office.

Read More: 10 Questions to Ask Before You Take a New Job

People can seem pretty boring when your only contact with them is a budget meeting where it’s their job to talk about the rising cost of printer ink.

But the printer ink manager probably has a lot more to offer. Maybe in eight years, she’ll have just founded a pizza startup — and as a lover of both startups and pizza, you’ll wish you had gotten to know her better.

So use your booooring on-the-job time to network with your coworkers. Find out what they’re working on, where they worked last, whether they go to industry events after work, where they volunteer or play sports.

Network with people at the peer level, across departments, and with those above you, as appropriate. But don’t overlook receptionists, assistants, interns, temps, and part-timers.

In my experience, the 25-year-old at the front desk is as likely to be a radical feminist playwright working on a piece about robot warriors who expose the evils of late-stage capitalism as anything — she’s sometimes the most fascinating person around, and in 15 years, you’ll have a famous playwright at your dinner parties.

You can network with coworkers in an organized way‚ possibly by using the company organization chart or making a spreadsheet. Try dropping by other departments in person instead of sending emails. Send LinkedIn requests to everyone. And make it a goal to have at least one positive, inquisitive, in-person interaction with everyone — some of these relationships will escalate to real ally-ships.

If you’re so damn bored, then things are probably pretty easy for you at work.

There are plenty of people who would love to have a job like yours and think that it’s “easy.” Is there a mentorship program in your organization? Maybe there’s one associated with an industry group you’re in or could join? If not, start one.

You can also look way outside your industry. Do you work in an office job? Plenty of teens are on their way to being first-gen college students and don’t know anybody who works in an office job, or any kind of job involving self-directed activities. They’re going to have a hard time envisioning themselves in those careers and picking up on how people communicate in professional environments.

You could join Big Brothers Big Sisters and ask permission to bring your new young friend to work one day when school’s out. Not so great with kids? America Needs You “fights for economic mobility for ambitious, low-income college students by providing transformative mentorship and intensive career development.” The name is pretty clear on whether your presence would be helpful.

Say you’re angling for more responsibility, but you’re still stuck in place for a little while. There’s no reason you can’t make biding your time more pleasant.

On a typical day in the office, how comfortable are your feet? Do you wear a nice-looking shoe to work and then sit at your desk with your feet half-in and half-out of your hard, pointy-toed flats?

Bring in some nice things from home. An under-desk foot warmer for winter, or some slippers that look like shoes that you wear only under your desk. Get a little vase and fresh flowers. How about some luxe DJ-style headphones?

Or maybe you don’t work in an office. Take a step back and ask what in your sensory environment you have the power to change. What could look better, sound better, smell better, be cleaner, be friendlier, be brighter, be happier?

The little miseries of life aren’t helping you or your company. Take the initiative and spend a few bucks to improve your setup. Work is allowed to be pleasant.

Read More: How to Cope With Sad Sundays

Start Looking for a New Gig

While small changes can make a big difference in your mood, don’t lose sight of the big things — you owe it to your future self to maximize your salary, resources, and options.

If you told your boss you’re ready for new challenges and responsibilities and were told to get back to your desk and shut up already, that is your cue to look for a new job. Now.

The easiest time to get a new job is when you’re already employed. Don’t let this job get worse and worse until you damage your network and references. Don’t wait to get fired for your lackluster attitude. And don’t languish forever, growing lazy and resentful.

Spruce up your LinkedIn, double-check your Facebook privacy settings, hire some professional help if needed, and get out into the job market.

If word gets back to your boss that you’re looking, GREAT. Work with it. You’re not doing anything wrong. Practice saying something like, “Absolutely! We talked last month about how I’m ready for new challenges and opportunities. I’d love it if something opened up here!”