10 Things Your Boss Wants You to Know 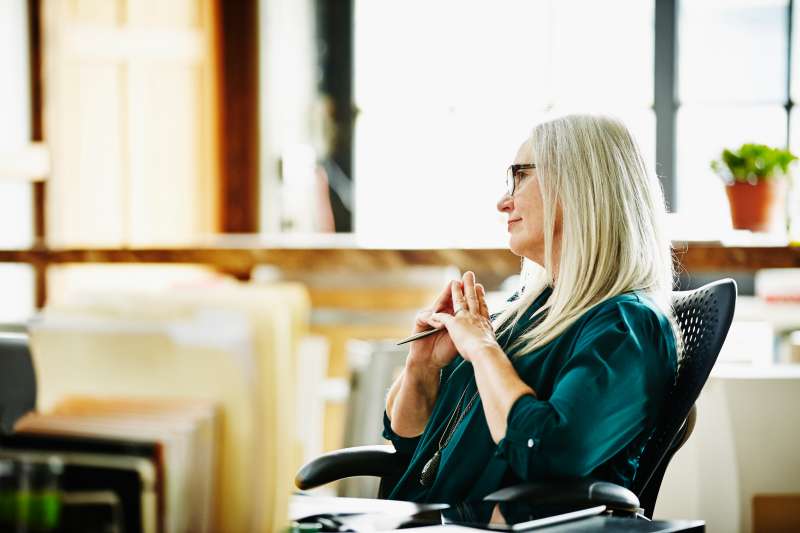 Most of us have a boss. It would be great to know what was really going on inside his or her head, but sadly, the technology doesn’t yet exist. However, after talking to bosses from my past jobs, I have discovered 10 commonalities that they would like you to know. Follow this advice, and you could give a well-earned boost to your career.

1. A Positive Attitude Is Really Important

Bosses don’t expect their employees to be perfect shining rays of light, and happy every second of every day. In fact, that may actually get very irritating, or give the impression that you just don’t care. However, being difficult, constantly complaining, nay-saying, gossiping, and generally being a grumpy curmudgeon is not going to be tolerated for long, regardless of the skills you have. Some people may say “His attitude stinks, but his work is incredible,” and while that may be true, it won’t keep that guy employed forever.

What’s at stake here is greater than one person. Team morale suffers, the boss has to give more grease to the squeaky wheel, and it becomes more of a hassle than the employee is worth. Less talented, but more positive, individuals will outlast highly skilled killjoys.

A good employee will do what is asked of him or her in a timely manner, and they’ll do it well. A great employee won’t wait to be asked, and will instead initiate the projects or create new ways to drive business. A boss has a lot of work to do, and when an employee steps up with a solution to a problem, rather than being asked to look into it, it’s an absolute delight to a boss. It shows you care about the job, and the company, and are thinking about ways to improve it on your own time.

If you have ideas that you think would improve business, do not be afraid to take 10 minutes out of the boss’s schedule to discuss them. Even if the idea isn’t feasible, you will get props for the effort.

3. The Boss Is Not the Enemy

It’s something regularly portrayed on TV and in the movies. The boss is the one everyone else can’t stand. It’s the boss who stops the fun, who demands you work late, or come in early, and it’s the boss who has to deliver bad news. Well, the boss doesn’t relish doing any of those things. There is so much going on behind the scenes that employees don’t, and shouldn’t, know about. From revenue issues, to staffing, and even stock prices — the boss has much more to deal with than you’d think, and it’s hard work.

But at the end of the day, the boss wants the company to do well, and therefore, wants you to do well. You won’t always agree with the decisions, but that doesn’t mean they were made to annoy you, or keep you from succeeding. And remember, many times your boss has a boss, who also has a boss. This all trickles down.

Read More: What’s an employee to do? Part 2

4. Asking for Help Is Not a Sign of Weakness

There’s a great Seinfeld episode called “The Bottle Deposit” which features George being given a very important task to do. The boss thinks George has followed him into the bathroom, and briefs him there. When George comes in at the end, he’s missed the entire briefing, but his boss thinks he’s heard it all. The simple solution is to approach the boss and say, “I actually didn’t hear that. Could you please brief me on it again?” But that wouldn’t be funny in a sitcom.

In real life, however, asking for help, or clarification, is a perfectly normal and accepted part of the job. In fact, by asking for help, you’re showing that you care enough about the project to make sure it gets done correctly. Now, if you ask for help constantly, and cannot grasp the notion of the project after three or four explanations, that’s not so good. You also don’t want to be seen as offloading all your projects onto other people. But in general, if you have a question, ask it. Your boss will be happy to give you the best answer they can.

5. Promotions Have to Be Earned

You may have been at the company five years, and never had a promotion. And yet, someone down the hall has had two promotions in just four years. This isn’t fair, right? Well, most of the time, it is. True, sometimes there is favoritism involved, and in those cases, there is very little you can do about it. Bosses promote their friends, it’s a fact of life.

However, most of the time, those promotions were earned by a go-getter who showed initiative and really went the extra mile. In fact, a promotion is usually given to someone who has been doing that job for months, or even years. Show that you can do it, and you’ll get it… and the raise.

You may make the boss laugh more than anyone else. You may go golfing with him or her on a weekend. You may even be related. But you cannot expect that to have an impact on your job. You shouldn’t expect a raise because you bring the boss homemade cookies every week. You shouldn’t expect to work special hours, or telecommute, just because you’re charming. Remember, if the boss lets you have something, then pretty soon everyone on the staff will hear about it, and want the same. Now, if you do something that earns you special treatment, like working overtime for three weeks without pay, then that’s different. In that instance, it’s fine to ask for some free time off to recuperate.

The boss has to know about problems. However, simply telling the boss something is wrong, without offering any kind of assistance or solution, is just lazy. If you don’t have the expertise to address the problem, talk to someone who does, and find out what can be done to address that problem. Do it in a timely manner, and then bring both the problem and possible solutions to the boss. Now, you have not made his or her day worse by being the bearer of bad news. Instead, you have flagged a problem, but offered a fix. This is more appreciated by a boss than you could know, and it will be reflected in your next review. You are proactive, and that’s something worth rewarding; either with more responsibility, and/or a promotion.

8. Criticism Is Not Personal

It seems that as the years go by, employees get more and more sensitive to criticism of any kind. Perhaps the entitlement culture is to blame, and parents who shelter their children all the way to adulthood. But whatever the reason, a boss should be able to critique your work and your ideas without you feeling attacked or hurt.

Constructive criticism is how we all learn to grow in our roles, and advance in our careers. Some industries, such as advertising and marketing, cannot survive without tough feedback. Creative people have to learn to grow a thick skin, as they are told all 10 concepts for a pitch are awful. But the same should apply across the board. Whatever industry you’re in, a critique of your work is not an attack on you as a person, and you should not take it personally. Brush it off, and learn from it.

9. Think Beyond Your Own Role

It’s very easy to work in a silo, and focus on your own tasks and responsibilities. But a great employee will consider the whole business, not just one department or project. For instance, asking for an injection of capital to fund a project can have all kinds of implications. It’s possible that money is tied up in another project or initiative, and that would have to be cut to fund your project. Is your project best for the company as a whole? Are you using funds in the best possible way? Some people treat the company’s money like Monopoly money, spending because it’s easy. However, if you spend the company’s money as if it were your own, you’d find ways to save, or make better deals.

Read More: 10 Depressing Jobs That Aren’t Worth the Money

10. You Don’t Have to Agree With Everything

Good bosses hire people who are ready to challenge the status quo — if they bring better ideas to the table, and go about it in a respectful way. There is absolutely nothing wrong with having the dissenting opinion, and your boss will actually think more of you for bringing up the topic. Someone who says yes to every single idea their boss has is not only seen as irritating, but also lazy. It takes work, and bravery, to speak up about an idea that’s different. But it also shows you’re thinking, and most importantly, that you care. While a boss has every right to shoot down those ideas, or overrule you, they are not going to think negatively of you if you show genuine passion for a different idea. Of course, saying no to every idea, that’s a whole different story.