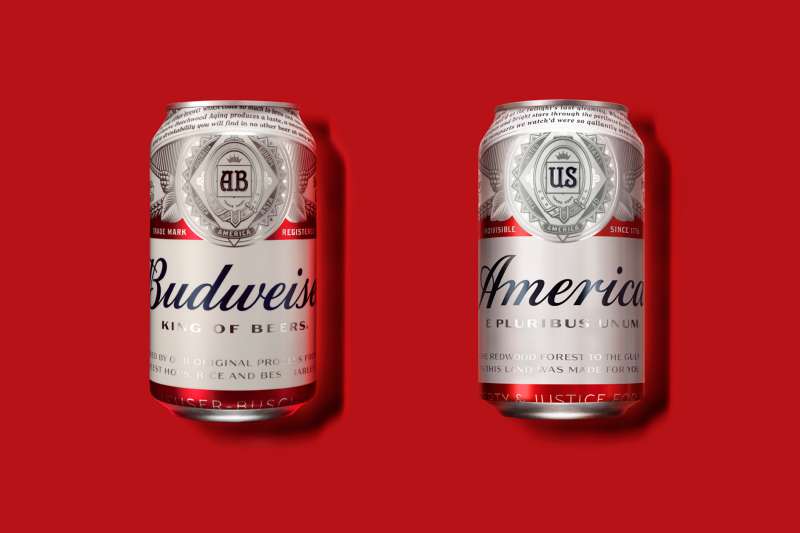 Sometimes a company’s rebranding efforts make sense. Research in Motion was probably better off simply calling itself Blackberry, the company’s best-known product, and it’s understandable that Philip Morris tried to distance itself from ties to tobacco and cancer by renaming itself with a selfless-sounding but ultimately meaningless word, Altria. Meanwhile, sometimes a brand is basically forced to get a new name, like the poor chocolate manufacturer that had the misfortune of sharing a name with the terrorist group ISIS.

Still, to the casual consumer and even to some marketing experts, other rebranding campaigns seem misguided, puzzling, or just plain stupid. The latest questionable brand rename comes from Budweiser beer, which will be labeled as “America” on bottles, cans, and packaging this summer.

Beyond the oddness of renaming a beer after a country, what’s not mentioned in the quote above is that the company in question that makes Budweiser is Anheuser-Busch InBev, and this company is not American. Since a 2008 merger, this global corporation’s headquarters have been in Belgium, not in St. Louis or anywhere else in the U.S.—and no amount of sponsoring “Made in America” festivals or slapping stars and stripes or the word “America” on cans of Bud will change that.

But Budweiser is hardly the only brand that’s been changed for reasons that are curious at best. Here are a few other examples.

Back in 2011, Netflix announced it was splitting into two companies, one focused on its traditional DVD-by-mail business and the other dealing exclusively with streaming video subscriptions. The idea, in which the former would be redubbed Qwikster, was universally declared confusing and dumb, and Netflix abandoned the plans about a month introducing them.

RadioShack Renamed as The Shack

OK, so with flagging sales and a name like RadioShack, which all but guarantees its obsolescence (who buys radios anymore?), this electronics retail chain had to do something in terms of rebranding. And yet the idea of shopping at The Shack sounded perhaps even less appealing to consumers, even if the store wasn’t in a shambles as the name suggests. Truth be told, given the rise of Best Buy and Amazon, the company was probably doomed regardless of the name on the stores.

Whenever there’s a mention by the media of Alphabet, which as of last summer is the name of the holding company that owns Google, it is necessary to explain that this is the company that owns Google. So if everyone still refers to Alphabet as Google, why did Google—or rather, Alphabet—change the name? They’re smart, so we’re sure they have their reasons. But the name change is confusing and nonsensical to the average person, who will keep calling the company Google regardless of what the nerds have decreed in Mountain View, Calif.

Before waking up to the foolishness of its decision, the discount e-commerce site Overstock.com changed its name to O.co and even put the new brand and logo on the Oakland Coliseum, home of the NFL’s Raiders. Less than a year after the change, however, the company admitted “people were confused, which told us we didn’t do a good job” regarding the rebranding. It was later revealed the misguided, short-lived name change resulted in a sharp decline in Internet traffic for the company.

In yet another awkward attempt for an old-fashioned brand to seem hip, Pizza Hut was met with ridicule when it tentatively renamed itself just The Hut in 2009. It had also tried to rebrand itself as the supposedly healthier-sounding Pasta Hut, at least in the UK, but unsurprisingly neither name stuck.

Everyone knows that “sci-fi” is short for science fiction. So what, exactly, does SyFy stand for? That’s unclear. But after 16 years of existence as the Sci Fi Channel, the cable network changed its name in 2009 to the similar-sounding yet inexplicable SyFy. “We’re more than just space and aliens and the future,” an executive explained to The Hollywood Reporter at the time. Perhaps in the future, people won’t care about proper spelling, but observers sure had fun mocking the name when it first surfaced. There were the obvious but still funny jokes declaring the rebranding “stewpid,” as well as a campaign to pronounce the new name “siffy,” as in syphilis.