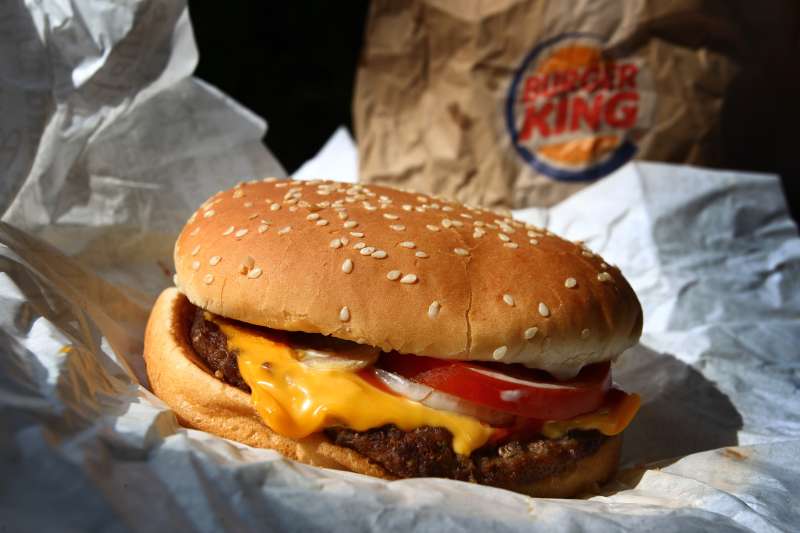 Burger King has a new deal that requires customers to go to McDonald’s.

On Tuesday, the fast-food chain announced that it is “turning more than 14,000 McDonald’s into Burger King restaurants.”

In fact, Burger King is debuting a McDonald’s-themed deal. If customers go within 600 feet of a McDonald’s location, they can order a Whopper for one cent via the revamped Burger King app.

“If a guest is inside one of these geofenced areas and has the new BK App on their device, the app will unlock the Whopper sandwich for a penny promotion,” Burger King said in a press release. “Once the 1¢ Whopper sandwich order is placed, the user will be ‘detoured’ away from McDonald’s, as the app navigates them to the nearest Burger King restaurant for pick up.”

Burger King recently relaunched its app, allowing customers to place orders via mobile. McDonald’s has more than 14,000 locations across the US. Burger King has about 6,600 fast-food locations.

The deal provides an explanation for a seemingly bizarre Burger King tweet on Tueday morning: “brb going to McDonald’s.”

Burger King has been dabbling in some unusual promotions recently, such as launching a flame-grilled dog treat called the Dogpper.

Last week, the chain posted a string of nonsensical tweets that seemed to be simply a random string of letters and numbers. Later, Burger King said that the gibberish tweets had been an effort to promote the return of its mini cinnamon rolls.