An E! News Host Just Quit After Finding Out Her Male Coworker Earns Double Her Salary 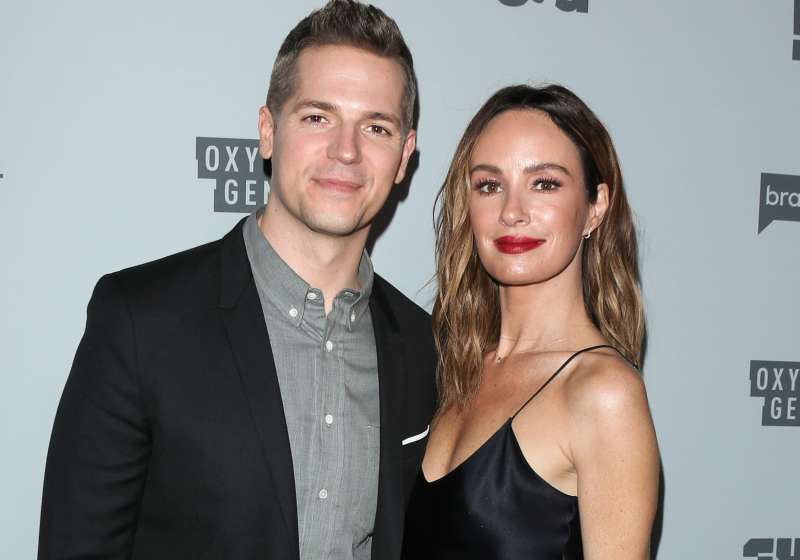 After 12 years at the entertainment newscast, Catt Sadler decided to leave E! News this week after she found out her male co-host Jason Kennedy was making “double” her salary.

“It’s almost insulting because you know you work really hard,” Sadler, 43, told PEOPLE exclusively of her decision. “I’m a single mom of two kids. I’ve given my all to this network. I’ve sacrificed time away from my family and I have dedicated my entire career to this network. And when you learn something like that, it makes you feel very small and underappreciated and undervalued. It’s heartbreaking.”

In the wake of her exit, here are five things to know about the entertainment anchor.

1. She began her career covering local news and called working at E! News her “dream job”

It’s been a remarkable journey for Sadler, who was born and raised in the small town of Martinsville, Indiana. She started in the local news segment in the late 1990s, working as an entertainment reporter for San Francisco’s KBWB/KNTV in San Jose, California. She later co-anchored WXIN Indianapolis’ morning news show and became the host of the longest-running syndicated lottery game show in the country, Hoosier Lottery’s Hoosier Millionaire.

But Sadler had sights beyond local news, and moved to Los Angeles in 2006 when she was named host of E!’s The Daily 10 alongside Debbie Matenopoulos and Sal Masekela. Four years later, she joined Ryan Seacrest and Giuliana Rancic (and later, Kennedy) at the E! News desk.

Also at E!, she covered red carpets for major awards shows like the Golden Globes, Emmys and more, and co-hosted Daily Pop, E!’s daytime talk show that launched in May.

“I mean it really has been a dream job. Literally a dream job,” Sadler told PEOPLE. “I’m from Indiana, born and raised, and I had my sights set on E! and I’ve seen the world. I’ve had the best experiences. I’ve gotten incredibly close with all of my coworkers. It’s like a family here and it’s been beautiful for the majority of my run. I pinch myself every day the job that I get to do. I have so much fun. It has almost been surreal.”

2. She has two children with ex-husband Kyle Boyd

Sadler married her college sweetheart, fashion executive Kyle Boyd, in 2001. The couple divorced in 2008, but have two sons: Arion Boyd, 12, and Austin Boyd, 16, and raising her kids has been Sadler’s number one priority.

“My first and most important job is that of mom,” she told Singular Magazine in 2010.

“Being a mom today doesn’t have the June Cleaver stigma it once had,” she continued. “Thanks to Angelina Jolie, Heidi Klum and a host of other Hollywood mamas, motherhood can be celebrated for all it should be, not just baking cookies and kissing boo-boos. You can be a hardworking career woman, sexy as hell, and raise smart, kind, aware children.”

3. She and second husband, Rhys David Thomas, finalized their divorce in May.

“Honestly, it’s bittersweet,” Sadler told PEOPLE of her split from the entrepreneur after five years of marriage. “Divorce is never easy, I don’t care who you are or what the circumstances are. It’s a very, very heavy feeling — and at the same time it feels like a weight has been lifted.”

The former couple went their separate ways in January 2016 and filed for divorce in March of that year, saying that though they loved one another, they just couldn’t make their relationship work.

“When you want the best for somebody and the best out of your marriage but you’ve exhausted every possibility, it gets to the point where you have to let one another be free. So it was very mutual in that sense,” Sadler said. “It wasn’t just growing apart, and it wasn’t anything scandalous, but you just get to this point where your day-to-day operation as a married couple either works or it doesn’t, and it just wasn’t working. We loved one another, we respected one another, but neither of us were completely happy.”

4. She’s not sure if she’ll ever marry again.

In the wake of her divorce, Sadler has been dating — but don’t expect her to walk down the aisle anytime soon.

“I’ve been doing so much work on myself through the last year,” she told PEOPLE in May. “I’ve been doing hot yoga and reading and working on myself and everything else in my life is going so well, so as far as dating goes, I’m wide open. My heart is wide open, and I’m not scared because I feel like I’m in a really good place. If you get rid of the clutter or weight taking up negative space in your life, you feel so much better.”

“Even though it’s hard and heartbreaking, I don’t think you can stay in that headspace for too long before you figure out what’s next,” she added. “But I’m not getting married anytime soon — and I’m not sure if I ever will again.”

5. She has no ill will towards Kennedy.

Learning of Kennedy’s salary may have been the straw that lead to Sadler’s resignation, but that doesn’t mean she’s harboring resentment for her longtime friend. The two started at E! News together in 2006, and have been strong allies.

“Jason Kennedy is one of my best friends in the whole wide world,” she told PEOPLE. “He is like a brother to me. And in no way do I want this to reflect poorly on him. He’s devastated, I think, and I think he believes that this is a great loss for the network. He does not want to see me go.”

“It’s important that people don’t vilify him because he isn’t the problem. The system’s the problem, the structure’s the problem,” she continued. “And I really do mean that. Because that’s been a hard part of this whole thing because I love him dearly. And to be honest, he has been such a champion for me in every sense. But it’s not his decision.”

Earlier this month, Sadler celebrated Kennedy, 36, with a sweet birthday message on Instagram — calling him “one of my best friends in the world.”

“You are a true class act and one of the finest humans I know, “Sadler shared. “I’m so grateful our paths led us to E! more than a decade ago. What a gift to be your TV partner in crime but also gain a friend for life. You’re the best.”