5 Vacation Spots That Will Be Cheaper This Fourth of July 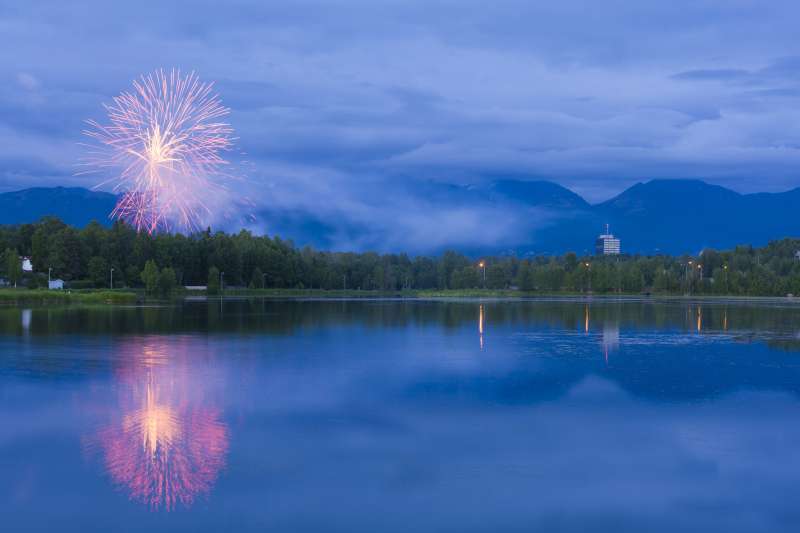 Want to go somewhere for the Fourth of July, but need to save a bit of money while doing it? We hear you. At Hopper, we searched for the U.S. cities where airfare prices are cheaper than usual so we can nab you a great deal for your Independence Day vacation. Following are the 5 U.S. cities where airfare prices have actually dropped for 2015! For the best deals, book before Sunday, June 14th. when flight prices start spiking. Happy travels!

If you’ve ever been curious about the wild backcountry of Alaska, perhaps this is the year to visit. We found that average flights into Anchorage’s Ted Stevens International Airport cost just $584 — which is a good deal, considering that in 2014, airfare was $724 for the same weekend! While in Anchorage, be sure to tour the fjords of the Prince William Sound or explore the surrounding forests and mountains. Summer temperatures are generally pleasant and in the mid-60s.

New Orleans is a crazy party place year round, but it’s especially insane around Mardi Gras. Instead, avoid the crowds and hop on one of these cheaper-than-usual flights to New Orleans over the Fourth of July: Airfare prices are down to a low of $389 on average (normal cost: well over $500). It’ll be hot and humid, so we recommend you grab a foot-high frozen drink from Fat Tuesday and take it to the French Quarter jazz clubs to cool off.

West Palm Beach has so much more going for it than its perfect coastline (although the sugar-soft beaches don’t hurt!) A family-friendly wildlife sanctuary and zoo, the cool Norton Museum of Art, a popping performing-arts scene, and plenty of designer shopping all draw tourists to this Florida city. Surprisingly, holiday flight prices to West Palm Beach have decreased, going for just $308 this year (they were well over $400 in 2014!).

Dallas is a treat for culture hunters, with an array of great galleries, the sprawling arboretum and botanical gardens, and of course the fascinating Sixth Floor Museum/Texas School Book Depository, which explores the assassination of President John F. Kennedy. Your historical visit begins with these inexpensive flights to Dallas, costing an average $374 — that’s $114 cheaper than last year, and you can often find airfare for much lower.

Finally on our list: Atlanta. “Hotlanta” is just that this time of year, but it’s well worth a visit, with airfare going for just $286 on average for the Fourth of July. In 2014, flights cost at least $86 more. So this is the summer to explore the Fox Theatre, the kid-approved Georgia Aquarium, and the College Football Hall of Fame (you can even pretend to be a university star player on a half-size field with a regulation goal post!).

Read next: This Is the Absolute Best Time to Book a Flight

This article originally appeared on Hopper.com. Hopper is a travel app that tracks and predicts airfare prices.