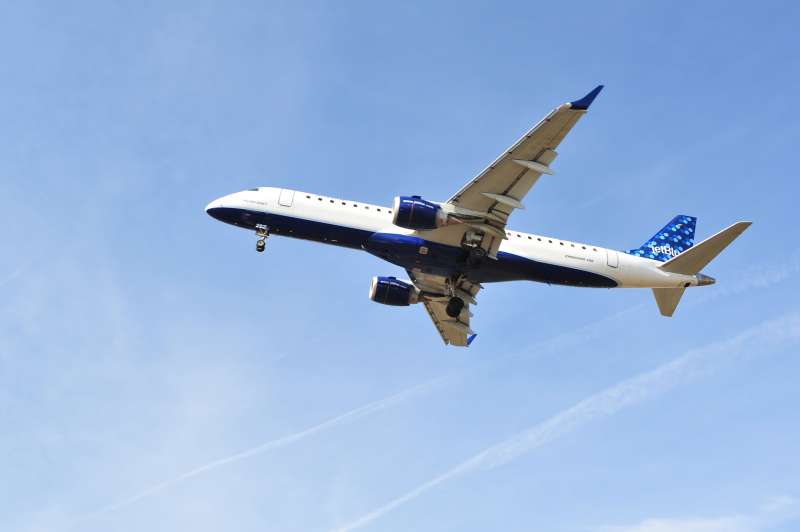 The post-winter holiday period is generally a lull in the travel world. Most people have just come back from trips, or are still dealing with a household budget hangover after overusing the credit cards.

So, understandably, they’re not exactly primed to spend more on a spontaneous getaway. And so, understandably, airlines are resorting to big discounts to get potential travelers off the couch and onto planes in the weeks ahead. Here are the deals that popped up this week:

JetBlue
The airline’s “Big Winter Sale” is chock full of bargain flight prices, including Boston-Buffalo for $34 and several routes starting under $60, one way. Sale fares must be booked by January 6, for travel Monday to Thursday and Saturday from January 13 to February 11, and on Tuesday and Wednesday only from February 16 to April 13. Some blackout dates apply. Here’s a sampling of prices:

Frontier Airlines
Availability is severely limited on Frontier’s cheapest sale flights, but considering how inexpensive they are—starting at $19 for members of its DEN club, $29 for nonmembers—it may be worth it to make your travel schedule flexible. If you can find dates that work for you, routes such as Denver to Las Vegas, Dallas, Phoenix, and Salt Lake City start as low as $19 to $29 one way for departures in the weeks ahead. Bear in mind that Frontier, like Spirit (which has deals featured below), is known for hitting passengers with fees at every turn, so it’s highly likely travelers will wind up spending far beyond just the airfare with these carriers.

Spirit Airlines
Current sale prices start at just $23.10 for Spirit Fare Club members (which costs $60 for the first year), and $34.10 for non-members. Like Frontier, Spirit’s lowest fares are found on select dates, and it generally requires great flexibility to snag the best deal. If you can swing it, nonmember prices of $34.10 each way are available on routes like Atlanta to Cleveland, Fort Lauderdale, Houston, and Las Vegas; Boston to Orlando, Myrtle Beach, Fort Myers, and Las Vegas; Chicago to Houston, Oakland, Orlando, and Las Vegas; and even some cross-country flights like Atlantic City to Los Angeles.

Southwest Airlines
The “Goodbye 2015” sale from Southwest is less impressive than the deals highlighted above, with some good fares mixed in with many not-so-special prices. On the good side, there are one-way flight prices such as Albany to Fort Lauderdale or Orlando for $99; Boston to Milwaukee for $100; Manchester (NH) to Chicago for $79; and Dallas to New York (LaGuardia) for $89. The best prices will be found on Tuesday, Wednesday, and Saturday flights, for travel from January 19 to May 25.