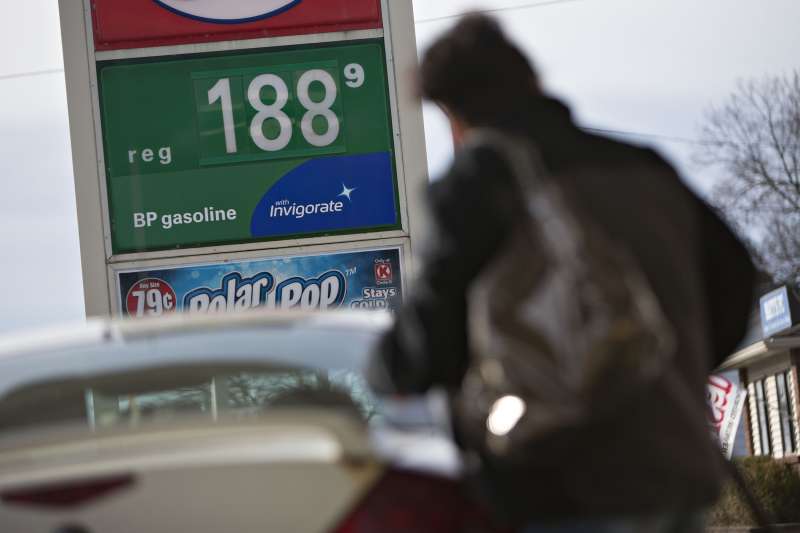 While drivers in much of the country have been paying under $2 per gallon for weeks—and a few gas stations are charging below $1.50—the national average has remained just above $2 for months. Until now.

As of Monday, according to AAA, the national average officially stands at $1.998. It’s only 1.5¢ lower than the national average of a week ago, but because it’s below the (mentally) all-important $2 mark—and because the last time prices were this low was way back on March 25, 2009, or 2,462 days ago—dipping under that threshold feels like a very big deal.

“Drivers across the country are celebrating the historic return of cheaper gas prices,” Marshall Doney, AAA’s president and CEO, said in a press release. “The lowest gas prices in nearly seven years are a holiday gift that few consumers could have imagined when gasoline was $4 a gallon.”

Drivers in 47 states can find at least one gas station charging under $2 per gallon, and the most common price for a gallon of regular around the country is $1.90.

According to data collected by the gas-tracking experts at GasBuddy, the national average actually dipped below the $2 mark on Saturday. What’s more, gas analysts say that prices will go lower still. “It’s likely that gasoline prices will eventually decline even further into early January as demand bottoms out,” GasBuddy’s Patrick DeHaan said.

However, at some point, likely a few months down the road, “the party comes to an end,” DeHaan added, and prices will creep back up. “Like clockwork, first-quarter retail prices tend to climb rapidly as this annual exercise tightens supply and consumer demand concurrently rises, but before that happens we might see the national average bottom out at $1.85.”