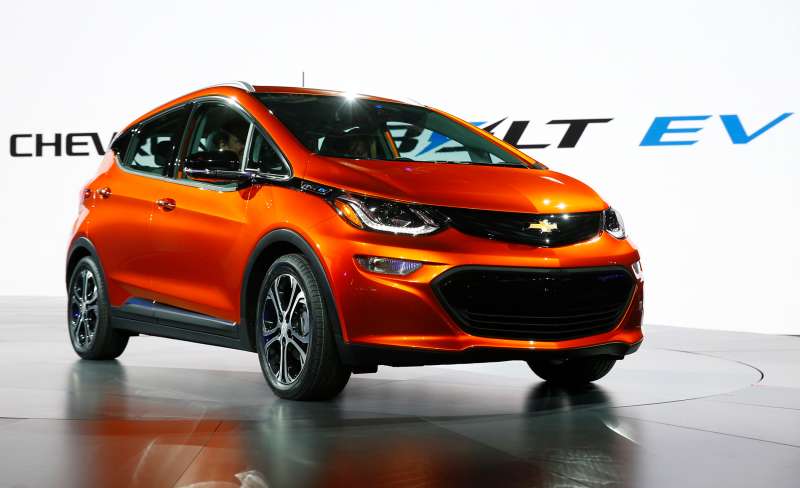 Chevrolet says that the new electric-powered Bolt, scheduled to go on sale later this year, can be driven 238 miles before needing to be recharged. While the phrase “game changer” is tossed around haphazardly in automotive circles, it may be appropriate here. There are valid reasons why the Bolt, with its impressive driving range, could truly electrify the market as the battery-powered car of the masses.

The Bolt isn’t the first electric car, of course, nor is Chevy’s proclamation the first time an automaker has said its affordable electric vehicle will make serious inroads with mainstream consumers. In early 2013, Nissan cut the base price of the Leaf by $6,400, and company executives said they were “confident this will represent a tipping point” in terms of boosting sales for the purely electric-powered car.

Nissan went on to sell 22,610 Leafs in 2013, more than double the total the year before. In 2014, Nissan sold a record-high 30,200 Leafs. But that’s only a tiny fraction of the 1.2 million cars the automaker sold that year, and it’s roughly one-tenth the number of Nissan Altimas that drivers bought in the U.S.

Read Next: Why the Lamest Car on the Road Has Become a Hot Seller

Again, back in early 2013, I asked auto analysts what would truly represent a tipping point in the category and make an all-electric car appeal to the masses. For this point to be reached, a vehicle had to feature two key components: 1) an affordable sticker price of around $25,000 to $30,000; and 2) a reasonably long driving range. Nissan has had the first part nailed for a while (with incentives, the Leaf can readily be had for well under $30,000), but even as its range has been improved, the Leaf must still be recharged after logging 84 to 104 miles on the road.

That’s an ample range for typical commuters, but not enough to stop drivers from suffering “range anxiety” if they’re trying to cruise around for a day doing errands, let alone take the vehicle on an extended road trip.

The forthcoming Chevy Bolt will meet both of the criteria cited by analysts above, with a driving range of 238 miles and a sales price starting at around $30,000 after a $7,500 federal tax credit is factored in.

Perhaps most importantly for Chevy, the Bolt will hit the market at least one year before the much-hyped Tesla Model 3 can be purchased. Tesla already has cars that can be driven 200 miles or more on battery power, but they sell for $70,000 and up. The Model 3 is Tesla’s play for the masses, with a sticker price of around $35,000 before incentives. Chevy’s earlier entry into the marketplace is an opportunity to grab middle-of-the-road electric car adopters before Tesla has the chance.

Read Next: Why the Cult Around Tesla Is Eerily Similar to Apple’s Fanboy Following

Kelley Blue Book analyst Karl Brauer told USA Today that he considers the Bolt to be “the first ‘real’ electric car in the history of the automobile,” because previously, electric cars were either too expensive or lacked the driving range to offer broad appeal. “Now the Bolt arrives with a real-world range and real-world price,” Brauer said. “This combination doesn’t guarantee success, but it will finally put EV technology to a real-world test in appealing to real-world, mainstream consumers.”