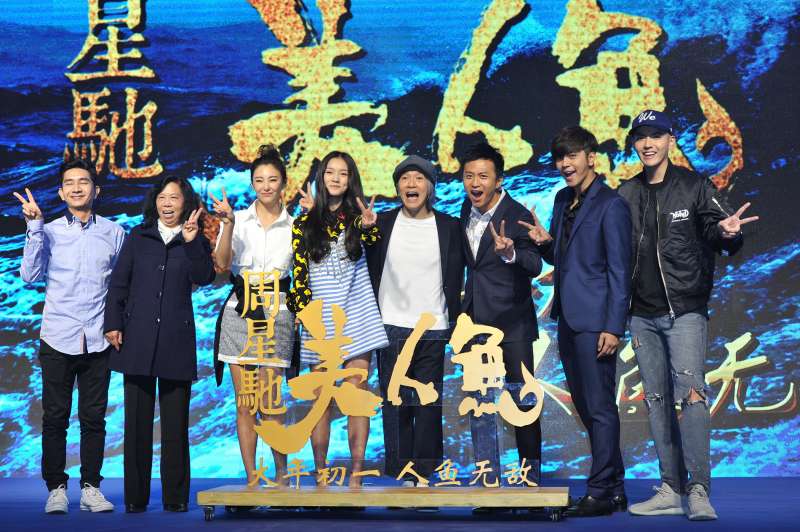 Director and actor Stephen Chow attends a theme press conference of his film "The Mermaid" in Beijing in December 2015.
ChinaFotoPress/Getty Images

With the Lunar New Year on Feb. 8, residents of China apparently celebrated the whole month—by flocking in droves to the movies.

Movie theaters in China earned a record 6.87 billion yuan, or $1.05 billion, in ticket sales in February, according to the Associated Press. That’s about $250 million more than cinemas in North America made that month. It’s only the second time ever that China’s one-month box office haul has topped North America, according to the Hollywood Reporter.

As the nation builds more theaters, China’s box office totals have grown by nearly 70% since February 2014, according to Xinhua, the state news agency. The number of movie screens in China hit a record 29,000 in 2015 and experts predict that they will surpass 50,000 in the next five years. That’s compared to just over 40,000 in the United States.

With the largest population in the world, at 1.4 billion people, and a rising middle class with more disposable income, China is poised to pass North America as the world’s largest movie market as quickly as next year.

February’s cinematic success was largely attributable to the Chinese blockbuster “The Mermaid,” a romantic sci-fi movie with an environmental theme. The movie—which tells the tale of a mermaid sent to kill a property developer who’s working on a project that threatens her home waters, but later falls in love with him—has earned more than 3 billion yuan, or $460 million, so far. It’s already become the highest-grossing film in Chinese box-office history.

The rising influence of Chinese moviegoers has also creeped into American filmmaking. It may have played a role in the casting of some Chinese actors in American blockbusters, such as Li Bingbing and Han Geng, who played minor roles in the 2014 hit Transformers: Age of Extinction. Part of the action blockbuster was even filmed in China, the Financial Times reported.

“Ultimately, China is going to be not just the biggest market but also the arbiter of what can get made and will get made,” producer Rob Cain told the FT.