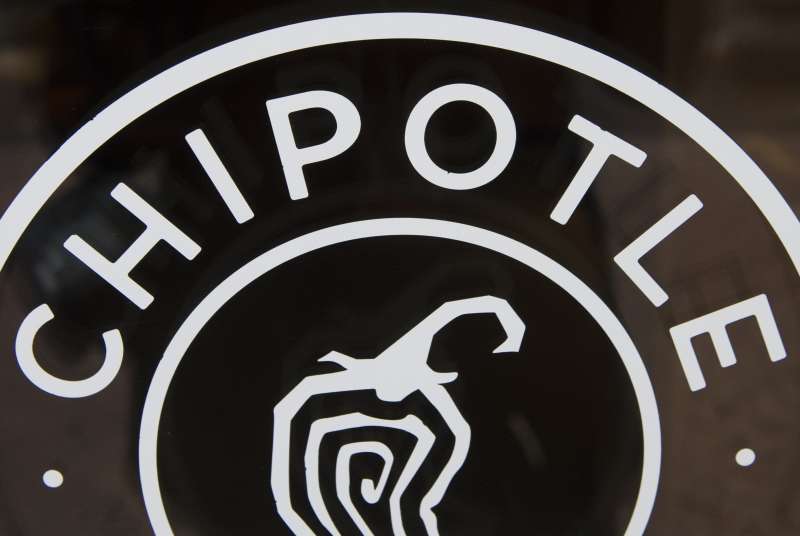 Even before incidents of E. coli and norovirus contamination threw Chipotle Mexican Grill’s executives into crisis-management mode, the company’s growth prospects looked uncertain. Now investors have a more focused question to ask: Is there any chance that Chipotle can quickly fix its food problems, and bounce back decisively next year?

To be objective, all things are possible, but a resumption of both the company’s revenue growth and its stock-price momentum on a scale of the previous several years isn’t probable in 2016.

However, for the long-term investor, a reset year for Chipotle in 2016 might turn out to be advantageous; let’s discuss this reasoning after reviewing two major risks for 2016.

1. A brand in a curious position
Chipotle finds itself in a delicate and inconvenient situation vis-a-vis its brand. The company has spent the last couple of years differentiating itself by contrasting the ideal embodied by its core mottos, “Food With Integrity,” with the accusation that much of the rest of the food casual diners can choose from is either unsustainable or simply harmful to their health.

This demeaning of competitors to draw in customers regrettably shrouds the company in self-righteousness. Even if you’re a longtime admirer of the company, and believe that the “CMG” ticker is still one of the more persuasive long-term investments in the restaurant industry — as I do — you can’t help but cringe at what sometimes seems almost a lack of humility on the company’s part.

This need for Chipotle’s management to set the organization apart from all others in its ideals is manifesting itself at the moment, in a manner which opens up business risk. Here’s a sample of the current messaging on Chipotle’s web site, which you may have seen quoted in various news articles: “No one can eliminate risk associated with food, but we have developed and are implementing an enhanced food safety plan that will eliminate or mitigate risks to a level near zero.”

Chipotle founder and co-CEO Steve Ells has said that Chipotle is taking steps to become “the safest restaurant to eat at.” Additionally the company has vowed to offer “best-in-class food safety.” On one hand, this is what customers and shareholders want to hear. You could rightfully ask if Chipotle should strive for any lesser standard than “best in class.”

But on the other hand, there’s much danger in this positioning. Chipotle’s need for constant validation that it’s a trailblazer of social good has pushed its management to proffer an almost extreme promise on future food standards. The “near zero” food risk benchmark may end up being an overreach which comes back to haunt the company, should Chipotle take more than a short time to reach this operational goal.

2. A detail which is still to come
Chipotle’s management has been quite proactive in getting information out to both customers and shareholders during this extended crisis. We know that November same-store sales declined 16%, and that Chipotle is calling off previous revenue and earnings guidance for 2016. However, there’s one detail left untouched which investors should be curious about.

While it works in problem-solving mode, Chipotle’s executive team must wait for sales to find an equilibrium point and begin to rise again, as customers’ trust is gradually restored. But dampened demand may hamper the company’s aggressive store-opening schedule in 2016.

Since going public, Chipotle’s revenue has exhibited a phenomenal compound annual growth, or CAGR, of more than 23%. While most investors are familiar with the vigorous same-store-sales increases over the period which contributed to this growth, the organization’s new store openings have been the true workhorse of its revenue expansion. As I wrote earlier this fall, Chipotle has achieved a store opening CAGR of 15.46% since going public.

The Mexican-themed chain has been able to push store openings due to the excitement its brand has generated in each new geographical region it enters. As same-store sales (and the total revenue CAGR) moderated in 2015, management had projected another year of rapid store openings in 2016 as a form of compensation. The pace was set for between 220 to 235 new openings, which, at the high end, represents 11.5% of the projected year-end 2015 base.

That schedule is presumably off the table now. In Chipotle’s most recent interim investor update on Dec. 4, it made no change to Q4 2015 store openings, nor did it back off its predicted pace for 2016. However, I believe there is a significant likelihood that the company will pare back openings next year, even if by a moderate amount (for example, between 5% and 10%). That’s because launching a plethora of new locations into lukewarm demand can damage those stores’ near- to mid-term potential.

Ironically, a trimming of 2016 store openings may already be factored into Chipotle’s stock price. The depth of the stock’s descent at the end of this year — it’s plunged 15% in December alone — suggests that investors’ worst-case scenarios on a number of fronts may be reflected in the current trading range.

2016 can still be a great year
The above risks notwithstanding, 2016 may be Chipotle’s best year yet, in that the company is set for an operational rethinking of its procedures, while being forced to recreate the manner in which it will grow. Thus, Chipotle can use 2016 as a foundation for the next three to five years of expansion. To return to what’s probable, 2016’s value might only be seen in retrospect. Again, that Chipotle’s stock could stage a quick and complete rebound isn’t out of the question. It’s simply more important for the executive team to set the business right over the next 12 months.

A secret billion-dollar stock opportunity
The world’s biggest tech company forgot to show you something, but a few Wall Street analysts and the Fool didn’t miss a beat: There’s a small company that’s powering their brand-new gadgets and the coming revolution in technology. And we think its stock price has nearly unlimited room to run for early-in-the-know investors! To be one of them, just click here.

More From The Motley Fool: