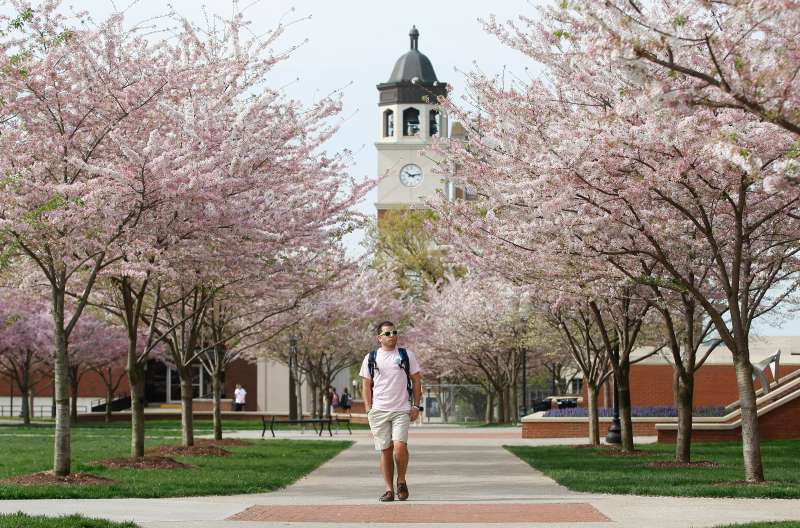 Western Kentucky University has one of the highest credit card surcharges.
Alex Slitz—AP

It’s getting harder to turn junior’s college tuition bills into free vacations for Mom and Dad.

Wealthy parents have long tried to lessen the pain of paying their kids’ tuition bills by charging the costs to a credit card that pays rewards, with the hope of getting a bit of cash back or a roundtrip flight to Rome out of the deal.

But colleges are now making this strategy less profitable by adding fees for charging tuition, according to a study released Tuesday by Creditcards.com.

In most cases, the fees now exceed the value of frequent flier miles or cash back that the parents can earn on a rewards card.

The average reward mile or point is worth less than 2¢, says Matt Schulz, senior industry analyst for CreditCards.com. Meanwhile, the average big college now charges 2.62% for processing tuition through a credit card, according to the survey.

And some schools charge much more. According to the CreditCards.com survey, the big colleges charging the highest fees are:

The Impetus for the Fees

Such fees have become increasingly common in the last decade. A separate survey last year by the National Association of College and University Business Officers had found that 44% of colleges charged a fee for using a credit card, up from 14% in 2003.

Colleges have been adding surcharges in part because they have come under pressure to pare expenses. And credit card companies charge all vendors—including colleges—for processing payments. In 2013, for example, MasterCard’s fees ran from 1.05% to 3.16%.

In addition, schools that do charge fees appear to be encouraging their competitors to follow suit.

“I get a lot of complaints from other schools” that charge fees, says Michael Reynolds, executive director of student financial services at Auburn University, which doesn’t add a surcharge. Reynolds says Auburn absorbs the surcharge—which he estimates at between 1% and 2% of the amount charged—as a cost of doing business.

He estimates that about half Auburn’s tuition bills are put on credit cards. In most cases, he says, it’s just a matter of convenience for the parent or student. But he added that some families do seem to be trying to build up rewards.

The Better Alternative for Most

The fees are just one of many reasons financial experts warn parents away from charging tuition.

Credit card interest rates are usually so high that parents who don’t have enough ready cash to pay off the bill immediately could end up paying thousands of dollars in extra interest, says Kevin Yuann, director of credit cards for NerdWallet.

Anyone who can’t pay cash up front for tuition would really be better off with federal student or parent loans.

Compared to the 15.66% average annual percentage rate on credit cards, federal student loans charge just 4.9% this year, after fees are added in. Parent PLUS loans have a total APR, including fees, of 8.1%.

The federal loans also have much more flexible repayment options, allowing borrowers to stretch out payments for up to 25 years or adjust the payments downwards if their incomes fall. Students working in public service jobs can also get some of their federal loans forgiven.

The Best Reward for the Rest

Absolutely sure you can pay off the big credit card balance quickly? Contact your school to find out whether there’s a fee for swiping.

While the majority have one, there are still several schools that do not charge students or parents extra. For example:

And then, assuming there is no charge, make sure you’re getting the most back you can.

Nick Ewen, a frequent business traveler who writes often on rewards at ThePointsGuy.com, says parents with lots of ready cash can turn tuition into valuable goodies.

Or, consider the winners of Money’s Best Credit Cards of 2014. The Barclaycard Arrival Plus World Elite offers two points per $1 spent and miles can be applied to your credit card bill to offset the costs of any kind of travel. Or if you prefer cash back, Citi Double Cash and Fidelity Investment Rewards American Express each give you 2% on every purchase.

With the latter, you can direct your earnings to a 529 college savings account—thereby reducing the amount you have to charge next semester.