How We Ranked the Best Colleges for Sports Lovers 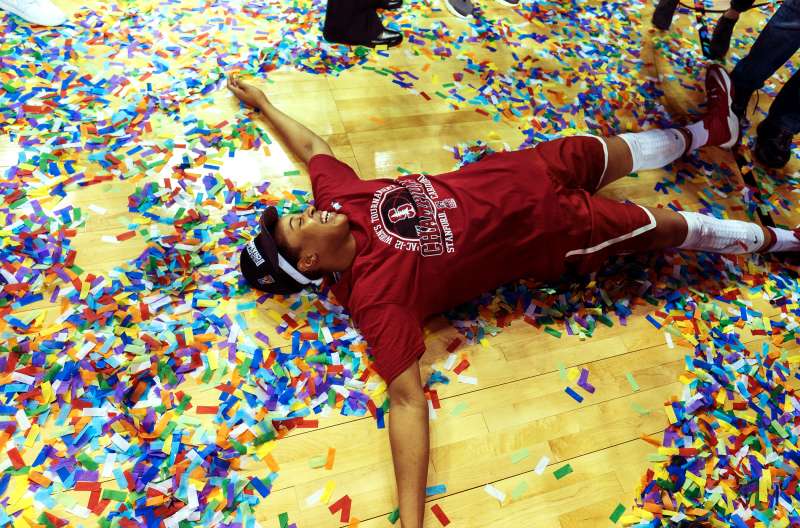 How did we choose the best colleges for sports lovers?

To find colleges where athletes would enjoy playing, fans would enjoy exciting competitions, and both groups would get a top-notch education, Money and Sports Illustrated started with the 705 colleges that both made the cut in Money’s annual Best Colleges ranking and are NCAA members. (Money’s Best Colleges get ranked on 24 factors that measure educational quality, affordability, and alumni success; to see a full methodology for that ranking, see here.)

For each of those colleges, we zeroed in on 15 different factors that illustrated the school’s overall sports culture—and we removed any schools that were missing four or more of those data points. That left a universe of 606 colleges. We then ranked the remaining colleges based on their scores in three areas: the overall Best Colleges rank (20%), student athlete opportunities (40%), and fan experience (40%).

Two pieces of data—recent national and conference championships—factored into both the student athlete and fan experience, since both athletes and fans want to be associated with winning teams.

Here’s a further breakdown of what’s in each bucket:

Donations: We counted donations in two ways. To measure how donors and universities’ fundraising staffs prioritize athletics, we looked at sports-related donations as a share of the total amount of money raised by a school. We also scored colleges based on the total dollar amount they raised, in order to reward colleges that have the most cash to reinvest in their athletics program.

A Final Note on Academic Scandals

The University of North Carolina at Chapel Hill is one of our top-ranking colleges. We discussed removing it from the ranking, as we were hesitant to endorse a college still reeling from one of the most far-reaching academic scandals involving athletes. Other colleges near the top of the list also have had major athletic scandals in recent years. Ultimately, we decided that since we were already penalizing colleges for NCAA infractions (and in this case, the NCAA hasn’t punished UNC yet), we would not single out individual colleges to remove.