The Coming Battle for Retirement Security 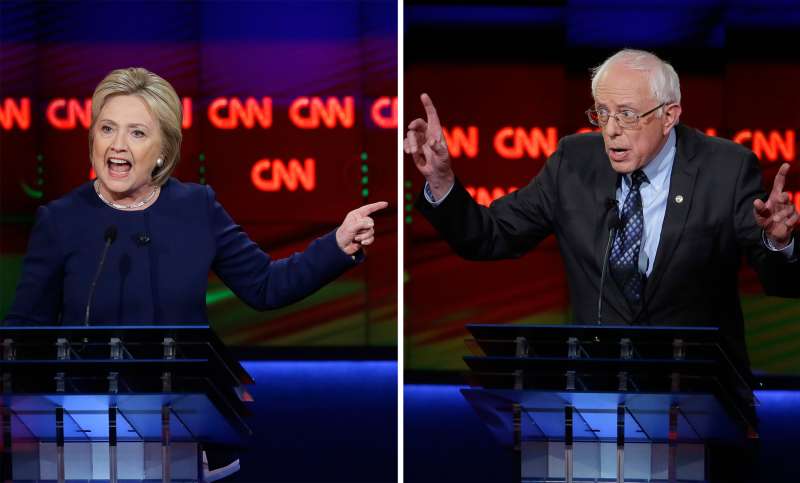 For millions of Americans, the prospects for a comfortable retirement continue to erode. That’s the latest finding of an updated report from the Economic Policy Institute (EPI), a progressive think tank in Washington that has been cataloging the trend for many years.

This bleak retirement forecast arrives even as economic growth has led to lower unemployment rates and an improved consumer outlook. Yet the rewards of the recovery have been skewed toward more prosperous Americans, leaving many, if not most, retirees and those planning for retirement unable to boost their savings.

Given this backdrop, as well as little hope of Congressional action this year on Social Security reform, tax-code changes, or other retirement initiatives, the mostly-liberal proponents of better retirement outcomes are preparing for major battles next year following the 2016 elections.

Democratic presidential candidates Hillary Clinton and Bernie Sanders have proposed significant funding increases for Social Security. The Sanders program would totally erase program deficits over the next 75 years by raising taxes on wealthier wage earners. His proposal was introduced last year as a legislative proposal, and has been formally scored by Social Security’s chief actuary.

Liberal economist Teresa Ghilarducci has teamed with Tony James, president of the Blackstone investment firm, to propose a mandatory system of private retirement accounts that would generate lifetime annuity payments to supplement Social Security. Under this plan, the current tax deduction for retirement savings would be converted to a tax credit that would go to savers who contribute.

The reasons for the deteriorating retirement picture are well known. Traditional pensions have given way to 401(k)s during the past 30 years. The benefits of these defined contribution plans flow overwhelmingly to wealthier wage earners. Lower-income workers often cannot participate in 401(k)s and, even when they can, have trouble setting aside enough savings to amass any meaningful retirement wealth.

“The shift from pensions to account-type savings plans has been a disaster for lower-income, black, Hispanic, non-college-educated, and single workers, who together add up to a majority of the American population,” the EPI report said. “But even among upper-income white college-educated married couples, many do not have adequate retirement savings or benefits.”

Retirement inequality grew even more extreme during the Great Recession, and only the wealthiest Americans have managed to bounce back. “While the median (50th percentile) family saw its meager retirement account savings drop by more than half between 2007 and 2010,” the EPI report said, “the 90th percentile family experienced a 5% decline.”

Women are particularly at risk, the report noted, because they tend to live longer than men yet, on average, earn less. This finding was highlighted in a recent report from the National Institute on Retirement Security, which noted that women are 80% more likely than men to run out of savings in their retirement years.

Building Savings on Your Own

That’s a major concern since, Social Security makes up the largest single source of retiree income—some 35%, according to EPI. Wage income and pensions come in second, each at 29%. By contrast, 401(k)s and IRAs, which get tax breaks from Uncle Sam and are touted as the nation’s primary private retirement tools, represent just 3% of retiree income.

All of which means you’re still on your own when it comes to improving your retirement security. Working longer, boosting your retirement plan contributions and trimming current spending remain your best tools for building a larger portfolio.

Another option is to delay Social Security benefits if you can. Your retirement benefits generally can be taken as early as age 62, but your benefits will rise 7% to 8% a year if you defer claiming. For example, a $750 monthly benefit at age 62 will rise to $1,000 at age 66 and $1,320 at age 70, when benefits reach their maximum amount. For personalized information, go to socialsecurity.gov/myaccount, where you can create a profile and see what benefits you can claim at different ages.

Philip Moeller is an expert on retirement, aging, and health. He is co-author of The New York Times bestseller, “Get What’s Yours: The Secrets to Maxing Out Your Social Security.” A revised edition explaining the new Social Security rules will be published May 3. His companion book, “Get What’s Yours for Medicare: Maximize Your Coverage; Minimize Your Costs,” will be published in October. Reach him at moeller.philip@gmail.com or @PhilMoeller on Twitter.