The 15 Best Deals at Costco for Memorial Day Weekend 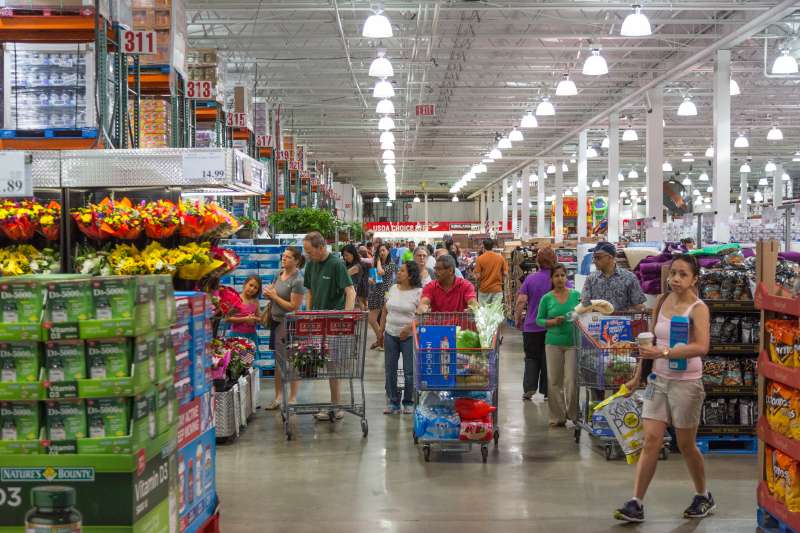 Shoppers at a Costco in Arlington, VA.
Brooks Kraft—Corbis/Getty Images

Every year, Americans mark Memorial Day with parades, festivals and Memorial Day sales. Big-box retailers and stores are usually open on this holiday, but Costco is closed. However, that does not mean you cannot save at Costco during the rest of the holiday weekend — or even by shopping online on Monday itself.

Here are the best things to buy at Costco on Memorial Day weekend.

Typically, Memorial Day weekend sees some of the best sales of the year on mattresses and bed sets, said Brent Shelton, an online shopping expert with FatWallet. Costco is living up to this tradition, offering $150 off queen-size Sleep Science memory foam mattresses through May 29.

If you prefer a king-size mattress, you can save $500 on a Sleep Science memory foam mattress, but only until June 15. These deals are online-only

Although Memorial Day weekend marks the unofficial start of summer, there is no reason you should not buy new furniture as part of your spring cleaning. You can get up to $800 off the cost of furniture at Costco this weekend.

An Austin four-piece, top-grain leather living room set is priced at $2,499.99, representing a $500 price cut, said Kendal Perez, a savings expert with Coupon Sherpa. This deal is online only.

You often can get a great deal on outdoor furniture in May. Warehouse stores such as Costco tend to offer some of the best deals on patio furniture. For example, you can save around $1,000 buying a Portofino five-piece club chair set at Costco versus buying it through Amazon. For a limited time, you can save up to $600 on select Portofino patio sets before the deal ends May 29.

If you are looking for something to tie your patio together, the Aquaterra six-person hot tub might be ideal. With savings of $1,500 off the online price, this hot tub is one of the best Costco deals on the list. This deal ends on May 29.

Table tennis tables can provide entertainment long after Memorial Day and well into the summer. This Memorial Day weekend is your chance to save $150 on a Kettler table tennis bundle before the deal ends May 29.

Keep the kids preoccupied all Memorial Day weekend with a new outdoor play set. Until May 29, you can take $600 off the price of a Lifetime double slide deluxe play set at Costco. This gives you a savings of $1,000 compared to buying this play set at Home Depot.

Sales of barbecue grills fell in 2015 after posting solid numbers in 2014, according to the Hearth and Home trade journal. Whether this trend will affect the prices of grills in 2016 is debatable, but Costco offers affordable, high-quality grills to get Memorial Day cooking started.

Costco sells the Dyna-Glo gas and charcoal grill for $499.99, less than you will pay at Walmart and Lowe’s. On the higher end, the NXR stainless steel seven-burner gas grill costs $1,099.99 at Costco, beating both Amazon and eBay’s listed price for the same product.

Read More: 101 Ways to Save Money This Summer

Just in time for Memorial Day weekend, Costco is taking up to $550 off the price of top-selling appliances while supplies last. An LG three-door black stainless steel refrigerator (model LFXS30766D) is priced at $2,549.99, a $950 reduction from the original price. “(That’s) about $50 less than the next best price for this model from Home Depot,” said Perez.

Having a Costco membership can really pay off when it comes to buying washers and dryers this Memorial Day weekend. From now until June 8, Costco deals on washer-dryer units can save you anywhere from $270 to $700 off on brands such as Whirlpool and LG.

Costco has deals on just about everything–including kitchen sinks, which are part of Costco’s online-only sales this Memorial Day weekend. Savings on kitchen sinks start as low as $40 off but can run up to $220 off Hahn Chef Series single-bowl sinks. These deals expire on May 29.

Most of us love to find ways to save on food costs. And chances are good that you are going to need food for your Memorial Day weekend barbecue. Look for Instant Savings vouchers for Costco shoppers, Perez said.

Costco has monthly Instant Savings for May, notably on barbecue condiments and related items. That includes $3 off a Heinz Picnic Pack and A-1 steak sauce. You can also get $3.30 off Reynolds aluminum foil.

With the NBA playoffs, Stanley Cup playoffs and Olympics either ongoing or coming up, Memorial Day weekend is an excellent time to buy a TV. Through May 29, you can buy a Samsung Galaxy smartphone from Costco and receive a free 32-inch Samsung TV.

With this Costco Memorial Day deal, customers will get a free $25 Costco Member Benefit Cash Card, a $15 Costco Cash Card and a 5200 mAh portable battery.

Computers and laptops are included in Costco online-only deals. Through May 29, you can save up to $400 on a Dell XPS 8900 desktop computer. When it comes to laptops, Costco can save you hundreds of dollars this Memorial Day weekend, including $350 off an HP Pavilion laptop.

Costco deals on cameras can save you money and prepare you for taking photos throughout the summer. From now until May 29, you can save $50 off and get free shipping on a Panasonic travel camera bundle­. Even better, you can save $250 and get a $50 Costco Cash Card when you buy a Sony a6000 Digital Camera. This deal also ends May 29.