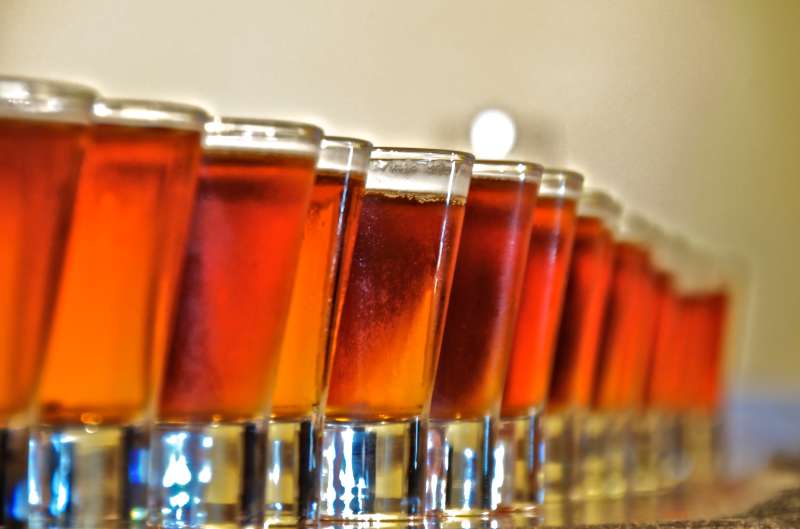 Most industries would be more than happy if sales rose 6% in a year. For America’s craft beer world, however, which has positively flourished in recent years—production rose 42% in 2014, while sales grew 18% by volume and 22% by dollars—6% growth represents an off year.

And by that measure, craft beer is indeed having an off year. Thus far in 2016, craft beer sales are “only” up 6%, according to data cited by CBS News. “The consensus is that craft beer has slowed down significantly this year,” Trevor Stirling of Bernstein Research said. “The scale of the slowdown has come as a surprise to everyone.”

If craft beer sales are indeed starting to flatten out, the craze has had an amazingly good run. As far back as 2013, people were wondering if we had hit a craft beer “saturation point,” at which point it would be difficult for the movement to keep expanding. America had about 2,500 breweries at that point, and the truth is that we were nowhere near reaching Peak Craft Beer. There are now roughly 4,300 breweries in America, according to the Brewers Association, and in 2015 21% of all money spent on beer in the U.S. went to the craft segment. Craft beer’s market share has soared from 5.7% in 2011 to 12.2% last year.

At some point, sales would have to start fizzling out; few industries could sustain growth of 15% or more year after year after year. The market for craft beer may simply be maxing out, and for some drinkers, the novelty of craft beer may be wearing off. If you’re not convinced that the craft product has superior taste and quality, there’s no justification for paying a premium now that craft is no longer the hot new thing.

But even as craft beer sales growth slows, it’s important to note that some very solid growth is still happening. Bart Watson, chief economist for the Brewer’s Association, told CBS News, “It’s hard to know what the exact number is out there” regarding craft beer’s sales increase of late. “If it’s 6 percent or 10 percent, that’s a number that many industries in the U.S. economy would kill for.”