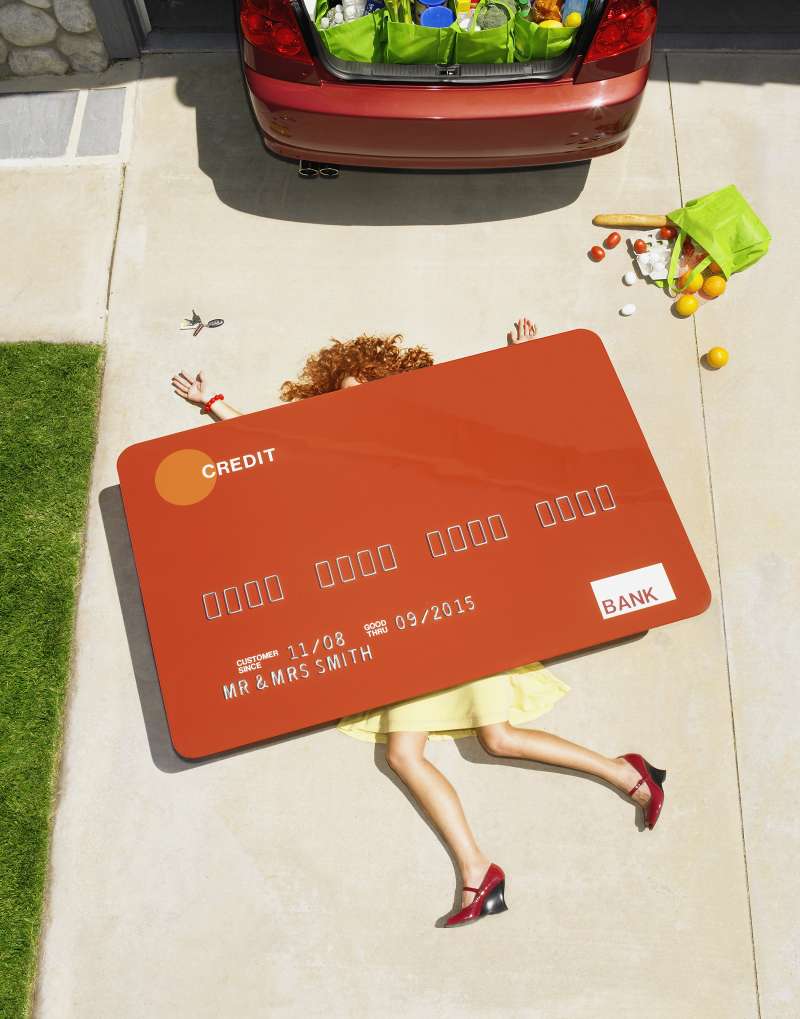 Personal finance experts remain divided on whether using credit cards is a good idea, but the verdict on credit card debt is clear: It’s bad, and eliminating it should be a top priority. The talking heads usually use financial facts and figures to back up their advice, arguing that credit card debt is expensive and damaging to our FICO scores.

All this is true, but credit card debt is also harmful in nonfinancial ways. For instance:

Most people agree that credit card debt is a drag, but it turns out it may actually be contributing to a clinical mood disorder for some. A 2015 study published in the Journal of Family and Economic Issues establishes a link between unsecured, short-term debt (like credit card debt) and symptoms of depression. This association was especially strong for the following subgroups:

Even if you don’t fall into one of these categories, paying off credit card debt could improve your emotional state. If financial factors don’t motivate you to bring down your balance, let the prospect of a little extra cheerfulness be your driving force.

2. It could raise your blood pressure.

People with high blood pressure are often advised to keep their worries to a minimum, but if you’re grappling with debt, this can be hard to do. A 2013 study from Northwestern University proves this out; in a survey of existing longitudinal data, researchers found that young adults with high debt-to-asset ratios reported greater levels of stress than their peers with lower debts.

These adults ages 24 to 32 also had higher blood pressure levels, suggesting there may be an inverse relationship between debt and this important measure of heart health. You get only one ticker, so do it a favor and get that credit card debt paid down.

Back in 2008, it was much easier for college kids to get credit cards than it is today. Consequently, a study was able to be conducted that year on how credit card debt affects the health of young adults, the results of which were published in the American Journal of Health Promotion. More than 23% of the students surveyed had credit card debt levels above $1,000, and researchers found that this was associated with a variety of negative health implications, including obesity.

It’s hard to say from this data alone that credit card debt causes obesity, or that eliminating your debt will help you in your weight loss efforts. But it’s probably safe to say that paying off your debt won’t hurt your waistline either, so why not give it a shot?

4. It could disrupt your relationship.

It probably seems intuitive that debt could cause a rift in your romantic relationship, but the consequences of frequent financial fights might surprise you. A 2009 study showed that spouses who fought about money once a week were almost one-third more likely to get divorced than couples who fought about money less frequently, The New York Times reports.

This data doesn’t call out credit card debt specifically, but most people who have merged finances with a significant other can recall at least one instance when a credit card bill caused a disagreement. To play it safe, cut your balance as much as you can and keep your partner in the loop before making a purchase that could push you into debt.

5. It may be standing between you and your dreams.

The average household has $7,327 in credit card debt as of June, according to a NerdWallet study. In some parts of the U.S., that’s enough for a down payment on a modest home. It could also be seed money for a business, or a semester’s tuition at a state university.

The point is, credit card debt is more than just a financial burden — it might also be a roadblock to achieving one of your dreams. By paying it off, you’re freeing up a lot of cash that could be put to better use.