Are You Ever Really Required to Show ID With a Credit Card? 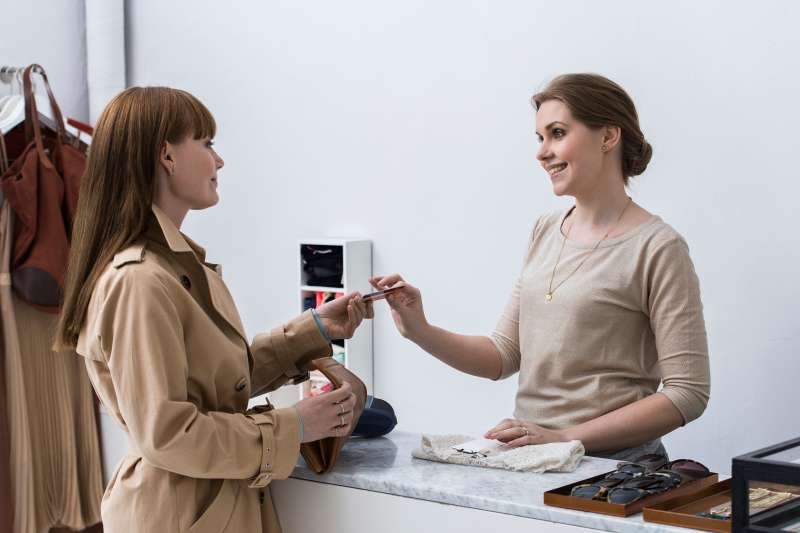 From time to time we bring you posts from our partners that may not be new but contain advice that bears repeating. Look for these classics on the weekends.

You may never give a second thought to a store clerk’s request for identification when you pay with a credit card. But as long as you have signed your card, you may not be required to show that ID to make a purchase.

The question of whether it’s a good idea to present an ID sparks plenty of debate between those who see it as a deterrent against fraud and those who think it creates an unnecessary privacy risk.

Networks hold the cards
While some states have laws barring a cashier from writing down your ID information, the card networks — Visa, MasterCard and the like — have the most say in whether merchants can even ask for identification. The agreements merchants sign when they decide to accept cards from those networks include rules that govern card verification procedures.

All the networks allow a merchant to ask for identification. MasterCard and Visa, however, explicitly prohibit retailers from requiring an ID to accept a properly signed card. “They can ask for that ID, but you can refuse to show the ID and they still must accept the card,” says Paul Stephens, director of policy and advocacy at the Privacy Rights Clearinghouse, a nonprofit that advocates for consumer privacy rights.

On the other hand, Visa and MasterCard rules prohibit the acceptance of unsigned cards. If you present one, the merchant must ask you to sign the card and supply an ID. Visa guidelines specify that it must be an official government ID.

Discover’s policies are more intrusive. They state that a store employee who has doubts about the validity of a card should “request and review additional identification” from the customer. And for an unsigned card, the company requires two pieces of identification, including one government-issued photo ID.

American Express is more vague. It requires merchants to “verify that the customer is the card member,” but its rules make no direct mention of requiring an ID.

“American Express doesn’t really have a policy on it,” says Linda Sherry, director of national priorities for Consumer Action. “If the merchant wants to ask for an ID, that’s fine.”

Shop clerks don’t always comply
Stephens says many store owners aren’t aware of card issuer restrictions on requiring an ID, and set store policies that violate the rules. In other cases, employees may unwittingly break their own store’s own policy by requesting an ID, out of fear of having an unauthorized transaction slip by.

Retailer location can make a difference, too. Stephens recalls a personal experience when a store’s ID policy seemed to be applied in a discriminatory way. “It was a supermarket chain in the San Diego area, and when I shopped in a more affluent area I was never asked for an ID,” Stephens says. “One time I went to one of the chain stores in an area that was socioeconomically lower than the neighborhood that I typically shopped in — it was a rather small purchase — and I was asked to show ID.”

Intentions are good
The whole idea behind checking a cardholder’s identification is to prevent the use of stolen credit cards. Some payment processing consultants advise their clients to check IDs with that thought in mind.

Donna Broder, vice president and agent at Card Solutions International in Royal Palm Beach, Fla., says it behooves retailers to take extra steps to protect themselves against the financial risk of a fraudulent purchase and subsequent charge-back.

“Once it goes into a charge-back … the merchant’s going to lose, because they accepted a stolen card and didn’t do their due diligence,” Broder says.

Broder gives the example of a client with a chain of mall T-shirt shops who was getting hit with numerous charge-backs because of stolen credit cards and card numbers. After the employees became more consistent about checking IDs, along with signatures and holograms on customer credit cards, the number of charge-backs declined, she says.

“I think people are nervous that this information will be recorded and that an employee will find it and use it for fraud or ID theft,” Sherry says. “If you look at someone’s license, you’re going to know their date of birth, their address. Then you look at their credit card and you not only have the credit card number, but you have the secret code on the back, so you could steal their identity or actually buy something with the credit card.”

Stephens says customers paying with Visa or MasterCard who want to protect their personal information can reasonably push back if a store clerk asks for an ID. “There are various reasons why they may not want to give out that information, and certainly they are within their rights to refuse to do so,” Stephens says. “The only exception would be, after the card was run through the system, if there were some sort of flag that came back to indicate that the card had been reported stolen or there was something suspicious about the transaction.”

Though Broder strongly advocates checking IDs, she says there’s no need for store clerks to record the information. “If the employer wants to know that an employee is following their strict rules for accepting credit cards, all they have to ask them to do is put a symbol on the [receipt] indicating they verified ID,” she says.

Visa’s guidelines state that, when validating an unsigned card, merchants should write a customer’s ID serial number and expiration date on the sales receipt “where permissible by law,” while MasterCard rules say not to record information from the cardholder’s ID.

More than a dozen states have laws restricting the recording of personal information during credit card transactions. California led the way with the passage of the Song-Beverly Act of 1971.

In one test of the law, the Californa Supreme Court ruled that asking for a ZIP code is personally identifiable information, so merchants that do so as part of their marketing efforts risk fines under the state law.

That law and others like it don’t prohibit merchants from checking IDs. But “the minute you record that information, either by writing it down or entering it into an electronic system, at that point you most likely have broken the law,” Stephens says.