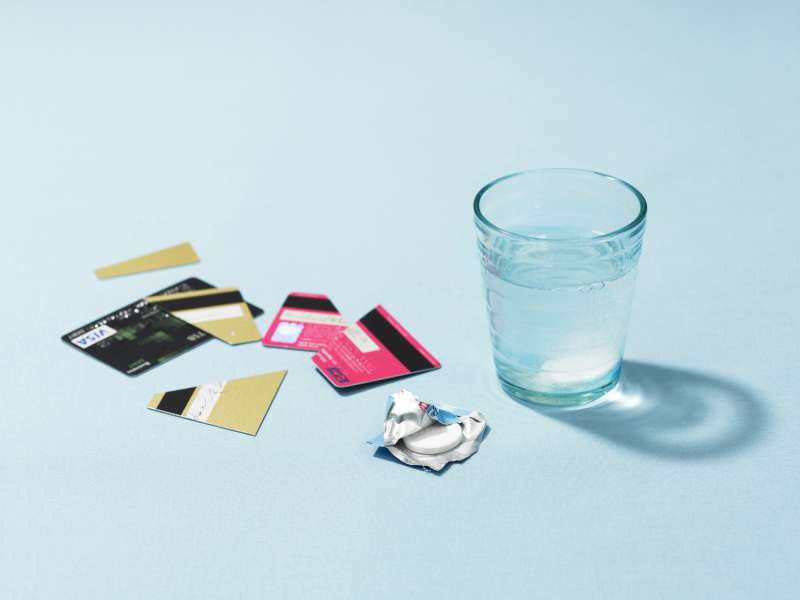 For years, the standard advice by many experts is that you don’t have to carry a balance on your credit cards (and pay interest) to get a good credit score. (I’ve certainly said that more than once.) But a flurry of readers on the Credit.com blog say their experiences show otherwise:

What’s going on? Is that advice wrong?

“Having a zero balance does not cause any negative impact to your score,” says Sarah Davies, senior vice president, Analytics, Product Management and Research with VantageScore.

In fact, when it comes to the VantageScore credit scoring model, “you get the maximum value for having your utilization at zero — for having all that credit available to you,” Davies says.

And while it’s possible that paying off a credit card will result in a lower FICO score, says Barry Paperno, a credit scoring expert who worked at FICO for many years and now writes for SpeakingofCredit.com, it’s unlikely. There’s only one scenario he can think of where this may occur. And that’s where someone goes from low utilization to no utilization.

In case you’re unfamiliar with the term “utilization,” credit scoring models will compare the balances reported by your card issuers on your revolving accounts with their credit limits. Consumers with the best credit scores tend to use 10% or less of their available credit. (Another term for this is the “debt usage ratio” and you can see yours with Credit.com’s free credit report summary.)

Dropping to zero utilization could cause a small drop, he says, because utilization “serves as a proxy for activity,” Paperno says “If you didn’t have any balance on any card, then the model just assumes you haven’t used credit recently.” But it won’t likely be a significant drop, he says.

So depending on which credit scoring model is being used, showing some kind of revolving balance may be helpful, but that still doesn’t mean you have to pay interest. More on that in a moment.

The expert consensus is that paying off a credit card shouldn’t tank a consumer’s credit scores. But the consumers sharing their stories are adamant. So what gives?

First, there is the tricky issue of credit score updates. If you subscribe to a credit monitoring service, you may receive a message alerting you that your balance has gone down, and you may at the same time receive a notice that your credit score has dropped. But even if they are delivered together, it doesn’t always mean the former caused the latter, or that the reason stated accounted entirely for the change. Paperno gives this example:

The fact is there are numerous factors that go into credit scores and it’s difficult to pinpoint a single one that fully explains why a score has changed. In fact, when you get into the category of consumers with high credit scores, it can be even more difficult to nail down specific reasons why their scores aren’t higher; after all, they are doing most things right.

In addition, some changes may not be apparent to the consumer. One commenter who saw his scores drop after he paid off a balance noted that he monitors his credit reports on a monthly basis and insisted “nothing else has changed, nothing added, nothing removed, only a zero balance.” But information may be changing behind the scenes.

Accounts age, and while that’s usually a good thing, it can sometimes result in a lower score. Balances change. And things you don’t even realize matter may impact your scores. For example: a negative item may become older, and reach a threshold where it has less impact on the score. An inquiry (for a mortgage or car loan, for example) that was previously ignored because it occurred in the past 30 days may now count because it is beyond that window.

Credit scores are complicated algorithms that weigh hundreds of pieces of information, and while consumers want to know exactly how much a particular action will affect their scores, a definitive answer isn’t always possible.

Even if you pay your balance in full around the due date, your credit report won’t likely list a zero balance unless you time it like our reader did, above, so her payment was received before the balance was reported. And even then, to have an overall debt usage ratio of zero you would have to have a zero balance on all of your cards, which is certainly possible if you avoid using credit cards, but unlikely to happen if you have at least one credit card you use on a regular basis.

Another thing to consider is the differences among bureaus, which each collect their own information and may use one of dozens of different credit scoring models. “A credit score can also be different based on which CRC (credit reporting company) is used to provide the score and when. This happens because the information reported by the lenders to the CRCs may occur at different times each month,” said VantageScore President and CEO Barrett Burns in a Credit.com article describing why credit scores change.

Of course, if you pay off and close a credit card account (or close and then pay off a card), that’s another matter. Closing an account removes the credit limit on that card from the utilization calculation, which can potentially affect your scores by raising your overall debt usage ratio on your remaining open revolving accounts.

In a sense, monitoring your credit score can be a lot like monitoring your blood pressure. If it’s higher than usual, is that because of the last meal you ate, or the argument you had with your spouse, or because you took your last dose of blood pressure medicine earlier than usual? It may be a combination of all three, or maybe it’s something else you not on your radar. It’s the overall trend that’s important. Are you bringing it down overall?

The bottom line? Paying your credit cards in full can help you save money in interest and should not hurt your credit scores. But keeping accounts open and active can help your scores. As is often the case, you’ll get the best scores by using credit — as long as you use it wisely.