3 Big Travel Companies That Are Leaping into Cuba's Tourism Market 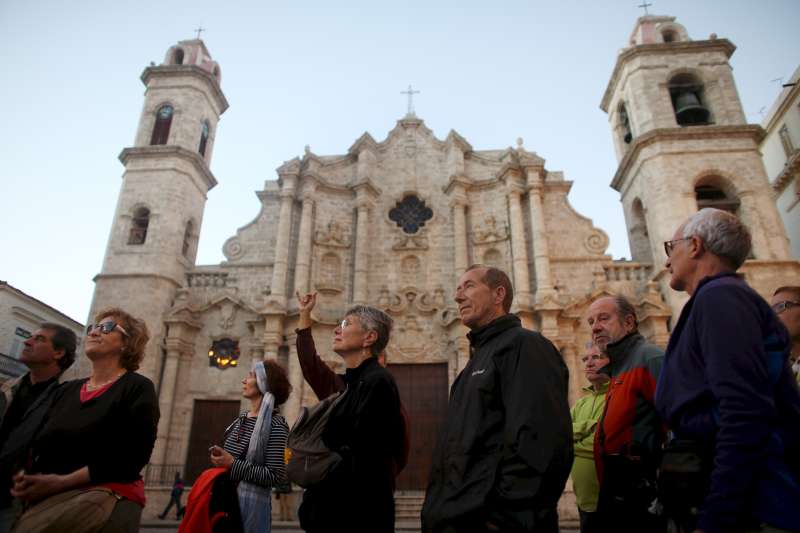 On Sunday, President Obama arrived in Cuba for the first presidential visit in decades. But Obama isn’t the only trailblazer on the island nation located less than 100 miles south of Florida. Travel companies are also taking advantage of smoothing diplomatic relations between the two nations, which they expect will lead to a huge influx of American tourists visiting Cuba.

Last month, the two governments signed an agreement allowing commercial flights to resume between the two nations. As a result, major carriers like America Airlines, Delta, and JetBlue have all thrown their hats into the ring to gain routes to bring American tourists to the island. Prices for flights to the island are expected to drop by as much as 50% in the near future.

But airlines aren’t the only tourism-related companies hoping to benefit from the opening up of Cuba to American tourists. Here are three other travel businesses expanding to the Caribbean island:

On Monday, Carnival became the first U.S. cruise ship operator in 50 years to get permission from the Cuban government to sail to the island from the U.S. The cruise line says trips will begin on May 1 on its 704-passenger MV Adonia. Its itinerary will include stops at three ports of call: Havana, Cienfuegos, and Santiago de Cuba. On the trip, passengers will have the opportunity to interact with artists, business owners and families in Cuba, Carnival says. Fares start at $1,800 per person, USA Today reported, not including Cuban visas, taxes, and other fees.

Read next: Prices for Flights to Cuba Could Drop by 50%

The Connecticut-based hotel chain announced Monday that it signed three hotel deals in Cuba, marking the first time an American-based hospitality company has done so in nearly six decades. Starwood, owner of brands like Sheraton, Four Points, and Westin, beat several U.S. hotel companies, including Marriott, that have been trying to invest in lodging on the island. Three hotels in Havana—Hotel Inglaterra, Hotel Quinta Avenida, and Hotel Santa Isabel—will undergo renovations and become Starwood properties later in the year.

Marriott, however, isn’t being left out. Marriott CEO Arne Sorenson accompanied Obama on his trip this week, and the chain also received approval from the U.S. Treasury Department to operate existing hotels in Cuba. Oh, and it looks like Marriott is acquiring Starwood in a huge merger, so the company will have a presence in Cuba one way or another.

The home sharing website entered the Cuban market last year, allowing U.S. travelers to book a stay in a home. The big catch, however, was a stipulation ruled out most visitors to Cuba at the time. Only around 13,000 U.S. travelers were able to stay in Cuban Airbnbs over the past 12 months.

The number should increase significantly in the future. In concert with Obama’s visit this week, Airbnb received an exception from the Cuban government that, starting April 2, will allow Cuban hosts to accommodate any traveler. While the change doesn’t nominally change much for Americans, it means that Airbnb’s rapid growth in Cuba will only continue, increasing the chances of finding affordable lodging on the island. Cuba is already Airbnb’s fastest-growing market, with about 4,000 homes added since the company was given permission to operate on the island in 2015.