Why Disneyland Closed its Doors on Christmas 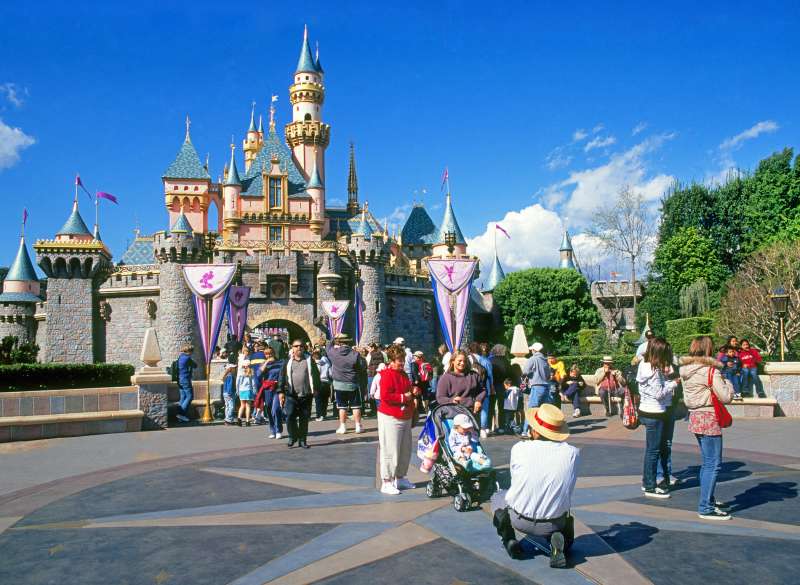 It might have been a rough Christmas for tourists visiting Disney’s flagship theme parks on both coasts, but that is ultimately welcome news for the family entertainment giant’s shareholders.

Disney had to temporarily close Disneyland in California and Magic Kingdom in Florida on Thursday morning after both theme parks reached their maximum capacity. The two have become popular Christmas attractions, and it only helps that Disney-owned ABC keeps the buzz percolating by airing its annual Christmas morning special showcasing parades at both iconic parks. This year’s installment — Disney Parks Frozen Christmas Celebration — was the 31st annual airing, and the House of Mouse again cashed in on the success of last year’s animated blockbuster Frozen.

Guests arriving too late at Disney’s Ticket and Transportation Center in Florida — the parking lot gateway to the Magic Kingdom — were advised to head to one of the resort’s three other theme parks. Things didn’t get any easier on the West Coast, where resort guests were told to hit up Disney’s California Adventure adjacent to the original theme park.

Those who got in might not necessarily consider themselves the fortunate ones. A couple of hours into the operating day, the wait for the Magic Kingdom’s new Seven Dwarfs Mine Train was 180 minutes. Waits for Space Mountain and Peter Pan’s Flight peaked at two hours. It’s no fun being in a crowded theme park as everything from getting around to grabbing a bite to eat become patience-rattling challenges.

Shareholders don’t mind. They’re the ones laughing all the way to the bank. Naysayers who argued that Disney would drive potential guests away by raising prices earlier this year could not have been more wrong. The only question that remains is how much higher Disney’s theme park tickets go during next year’s inevitable hike.

Disney’s theme parks have been on a roll lately. The media behemoth’s theme parks and resorts division’s revenue climbed 7% to $15.1 billion in the fiscal year that ended in September. Given the high fixed costs associated with operating a theme park, it’s no surprise to see the division’s operating profit fare even better with this scalable model, soaring 20% to nearly $2.7 billion in fiscal 2014. If the turnstiles are clicking and folks are spending money at the parks, it’s going to pay off exponentially as you work your way down the income statement.

Then again, the turnstiles don’t click at Disney World anymore. They chime and flash green as guests scan their RFID-backed admission tickets of MagicBand bracelets. Disney has reportedly spent roughly $1 billion on the MyMagic+ and MagicBand technology, in which guests scan bracelets to access reserved ride times and order ride photos, among other goodies. More important, Disney is learning more about the behavior of individual guests, arming it with the ability to better monetize the experience while at the same time eventually offering up more customized and optimized outings for guests.

In that sense, a crowded theme park is like an optimal lab of guinea pigs for Disney to dissect. If a three-hour wait for a family friendly roller coaster or waiting nearly as long for a snapshot with Frozen sisters Anna and Elsa create disgruntled guests, MyMagic+ will steer the theme park leader to offer more tailored itinerary suggestions for guests. The House of Mouse always wins.