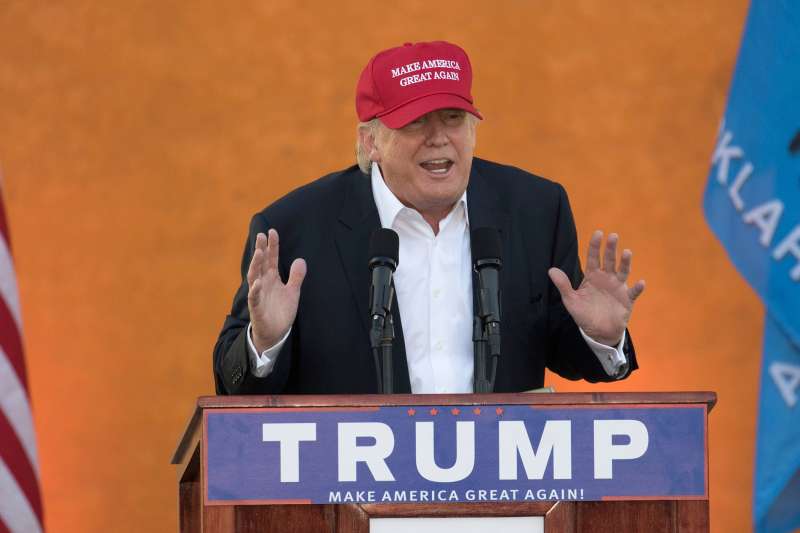 In August, Donald Trump told TIME that the unemployment rate is actually around 42%, not the 5.1% the Bureau of Labor Statistics published last month. On Monday, when Trump released his tax plan, he stuck to his guns, echoing that number. Here’s the ridiculous method he uses to get the 42% figure.

For whatever reason, Trump has decided to count up all the 146 million people with jobs and compare it to the total number of Americans over the age of 16. This population of 248 million doesn’t exclude a ton of people who aren’t trying to work due to very legitimate reasons. High school and college. Stay at home parenting. Retirement. Trump may argue that America is losing jobs to Mexico and China. But China isn’t taking your grandmother’s job—she’s 87.

Read Next: Donald Trump Has More Money Than Every U.S. President Combined

To his credit, Trump isn’t counting people under the age of 16 as potential workers, or people in prison (not yet anyway), even though these people are technically unemployed as well.

“To take this kind of thinking to its logical extreme, consider that only 146 million of America’s 319 million were employed in 2014,” writes Jeff Guo of the Washington Post’s Wonkblog. “More than half of Americans did not have jobs (in part because they were teething). Maybe the real real unemployment rate should be 54 percent?”

The Bureau of Labor Statistics only counts people who have sought employment in the past month and failed to find jobs as officially “unemployed.” It’s not a perfect system—Guo notes that it doesn’t count people who have given up after failing to secure a job—but it makes much more sense than the Trump number, which is incredibly misleading.

8 Epic Business Failures With Donald Trump’s Name on Them