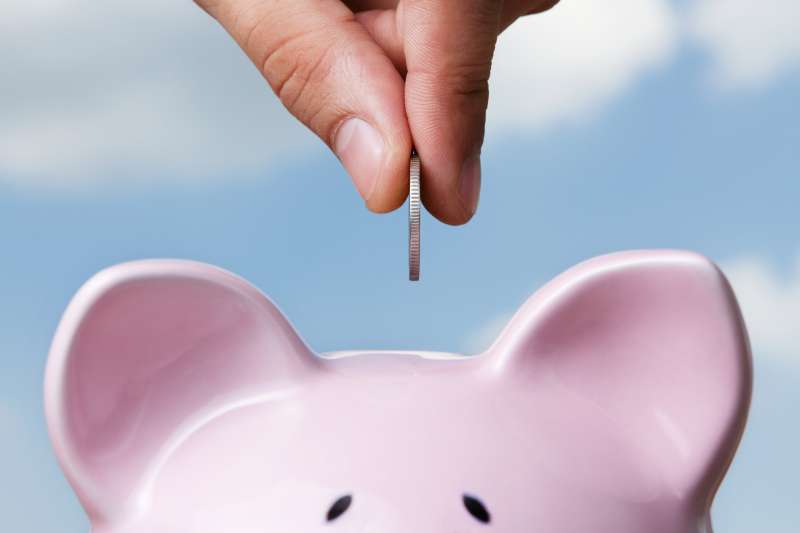 Investors are paying less in fund fees than ever before, in large part because they’re increasingly moving to low-cost index funds and exchange traded funds (ETFs), a new Morningstar study shows. That alone is cause for celebration. But what’s even better news if you’re investing for retirement is that shelling out less in fees can improve your odds of accumulating a nest egg large enough to maintain your standard of living throughout your post-career life.

At first glance, reining in the amount you pay in annual investment expenses might not seem like it would have a particularly profound effect on your retirement prospects. And in the very short term, it may not. Over the course of a long career, however, giving up less of your investment gains to fees and expenses can add up to a significantly larger stash of savings.

Here’s an example. Let’s say you’re 30 years old, earn $50,000 a year, receive 2% annual salary increases and contribute 15% of salary to your retirement accounts. If your portfolio earns 6% a year before expenses and you pay 0.75% in annual fees—which is the asset-weighted average for all actively managed mutual funds and ETFs in 2016, according to the Morningstar report—you would end up with an account balance of roughly $945,000 by age 65.

That’s not bad. But you can do considerably better by focusing on funds that extract a smaller annual toll. For example, if you reduce the amount you pay in annual expenses to 0.17%—the average for index funds and ETFs last year—your account balance would increase to $1.06 million, assuming the same 6% return before expenses. In short, just by lowering the amount you pay in annual investment fees by a little more than half a percentage point a year, you could end up with about 12% more in savings come retirement time, or an extra $115,000 in this example.

Looking at it another way, we could say that by reducing fees, you effectively boost your savings rate without crimping your lifestyle.

How so? In the scenario above, let’s say you were going to incur 0.75% in annual expenses but wanted to end up with $1.06 million. To do that, you would need to boost the percentage of pay you contribute to retirement accounts from 15% to 16.8% over your entire career. By shaving a little more than a half a percentage point in annual investment costs, to 0.17%, you’re essentially able to save nearly an extra two percentage points of salary a year without actually having to part with that money or put additional strain on your budget. So in that sense, choosing lower cost investments allows you to painlessly leverage your savings effort.

Of course, the results you get may vary from those in the scenario above for a number of reasons. For example, if your portfolio is brimming with investments that have bloated expenses, you stand to gain a lot more by trimming expenses than if you’re already investing in funds with reasonable costs. And if you do most of your retirement investing in a 401(k), then the extent to which you can pare investment costs will depend in large part on the roster of investments available in your plan.

Similarly, since the advantage of lower costs can take considerable time to build, moving to lower-cost funds later in your career will have less of an impact on the eventual size of your nest egg than had you focused on less-expensive investments right out of the gate. But even if you’re on the verge of retirement—or for that matter, already retired—it still makes sense to prune costs. That’s because reducing what you pay in fees may allow you to draw more income from your accounts without increasing the risk of depleting your savings. To get an idea of how different levels of fees and withdrawal rates can affect the probability of your savings running dry, check out the American Institute for Economic Research’s Retirement Withdrawal Calculator, which you’ll find in the Retirement Income section of RealDealRetirement’s Toolbox.

More from RealDealRetirement.com: A Simple-But-Smart Investing Strategy That Actually Works

Finally, it’s also important to realize there’s no guarantee that every percentage point you save in investment fees by replacing a high-cost fund with a low-cost one will translate to an extra percentage point of return. It’s possible that some funds may be able to justify their higher expense tab with outsize returns. That said, other Morningstar research has found that low-cost funds typically outperform their high-cost counterparts and that fund expense ratios are a predictor of how funds’ performance will compare over time. And considering that many market pros expect that the financial markets will generate far lower gains in the years ahead than in the past, it makes even more sense to do all you can to ensure you’re not giving up any of those gains.

If you’ve already pared the fat from your investing expenses, that’s terrific. You’ll reap the benefits in the years ahead. If you haven’t gone over your retirement portfolio with an eye toward slimming down expenses where you can, I suggest you do so pronto. That doesn’t mean you have to invest in index funds exclusively. For example, the Money 50, Money’s list of the 50 best mutual funds and ETFs, contains a number of low-cost actively managed funds with long-term returns that match or beat their benchmarks. But given the huge cost advantage many index funds and ETFs have these days—some charge less than 0.10% in expenses each year—I think that at the very least you should try to make index funds and ETFs the core of your retirement portfolio.

The main thing, though, is to try to hold the line on costs as much as you reasonably can. Because the less you shell out in unnecessary expenses, the more secure your retirement is likely to be.