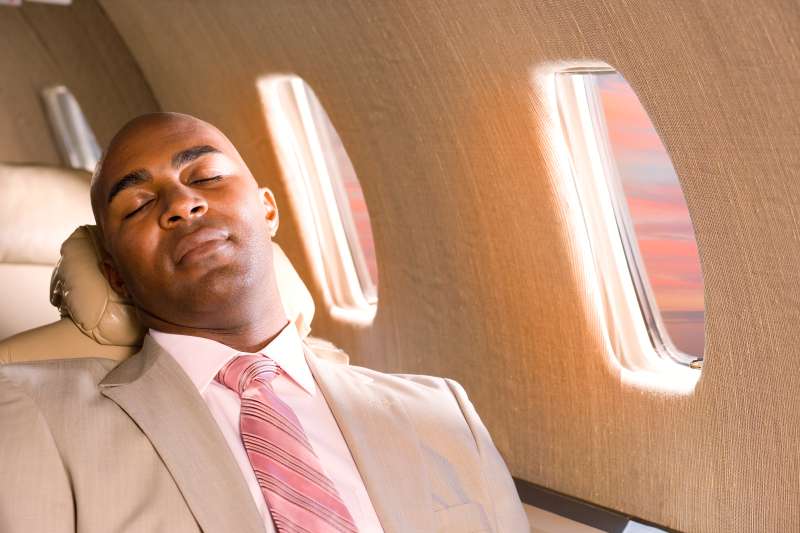 VIP lounges. Chauffeur-driven Porsches that drive you to the airport. Decadent in-flight amenities.

Airlines have been making headlines lately for piling on the perks for the first class customers, even while the industry has been criticized for its enthusiastic participation in what critics call the “race to the bottom.”

Among the highlights, notes the Los Angeles Times:

Your own private entrance

Delta recently finished a $229-million terminal upgrade at LAX that includes a private curbside entrance for the carrier’s biggest spenders.

Private lounges for the “best” customers
Delta’s best passengers, called Delta One, have access to a private lounge — “away from snooping paparazzi” — where they are offered free snacks and drinks, and access to an expedited security checkpoint, says the report.

Experts believe there’s even more to come, when it comes to luxury on planes. Much more.

Onboard butlers and nannies are coming
In the future, airlines will offer onboard butlers and nannies in the front of the plane, who will see to your every comfort, says Karen Walker, the editor-in-chief of Air Transport World. “Airlines will offer a more hotel-like ambience, with greater personal privacy in booths and hotel room-like touches such as individual desk lamps, using galley areas to look more like boutique hotels with serve-yourself gourmet coffees,” she says.

Private copter or private jet?
Why fly commercial when you can have your own plane? Delta is rolling out an “upgrade to private” on a limited basis in cooperation with its Delta Private Jets division, notes Jared Blank, the chief marketing officer of DealNews. “Delta has announced that it will occasionally upgrade frequent travelers in first class and move them to one of their private jets,” she says. “I wouldn’t be shocked to see someone partner with NetJets or XO Jet to offer a similar product.” Airlines could also do this with helicopters, an idea that Continental Airlines (remember them?) did with a company called US Helicopter a few years back, offering transfers between New York City and Newark.

“Smart” seats that massage you
Many executive-class seats already have integrated massage functionality to help passengers relax in flight, says Keith Liu, the vice president of Klick Labs at Klick Health, an independent health agency. “The next step will be integrating sensor technology into the seats with biomedical feedback technology that tells the busy executive their level of relaxation, stress level and blood pressure,” he says. “Much like what wearables like Apple Watch are increasingly doing.”

And that’s not all. “Things will get even more exciting when the airlines design onboard entertainment systems that can recommend appropriate music, movies – even food, customized around the passengers’ biomedical feedback,” he adds.

No waiting
The über-perks will go to the top 1% of the airline customers — the big spenders on long-haul international routes. Peter Vlitas, the senior vice president of airline sales and marketing forProtravel International, a New York travel agency, says these customers are in for a real treat. Airlines will work even harder to minimize their wait times. “Prescreened VIP passengers will bypass everyone and go from their car to the gate in 15 minutes for international flights,” he predicts. Take that, TSA.

What’s this going to mean for economy class?

These over-the-top amenities come at a cost. The latest round of upgrades, for example, are happening even as airlines have quietly moved the seats in the back of the plane closer together,thanks to new “slimline” seats that save space. Perhaps even more subtly, air carriers have added new restrictions to their base economy class tickets, which make them almost completely nonrefundable.

While it’s true that airlines are rewarding their best customers, that is not the entire truth. Consumer advocates say passengers in the back of the plane are effectively subsidizing these new luxuries by giving up personal space and accepting more restrictive terms on their tickets. In other words, economy class passengers are paying for these amenities without being able to enjoy them.

So how will the race to the top play out in the back of the aircraft? Not well, say observers.

“Everything from here on out will come at an additional cost to passengers,” says Jerry Behrens, the executive vice president of strategic development at Tzell Travel Group and Travel Leaders Group.

More fees in the back, more freebies in the front. The rich get richer. And the rest? Well, they don’t call it “economy” class for nothing.

This article originally appeared in Fortune.