The Force Is With Electronic Arts 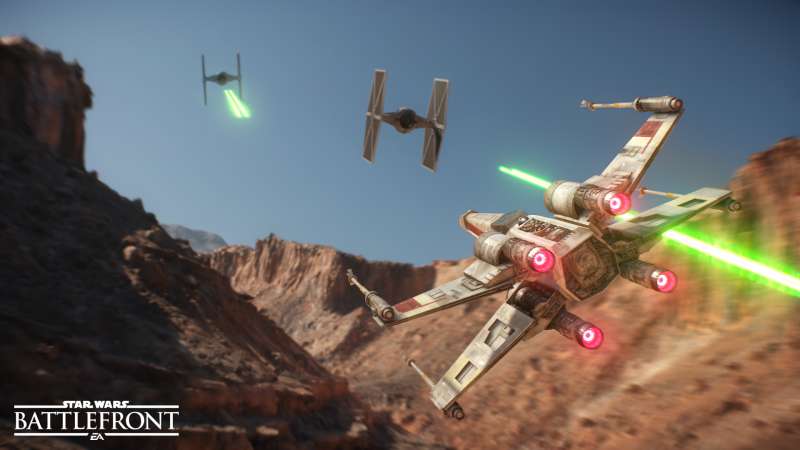 Electronic Arts is back from the “dark side”.

The video game publisher, voted the “worst company in America” on the Consumerist.com website in 2012 and 2013, is forecasting record revenue this year thanks to the anticipated success of a new Star Wars-themed game launching in November.

EA said on Thursday that “extremely strong” preorders for “Star Wars: Battlefront” were behind its decision to raise its full-year revenue forecast to $4.45 billion from $4.40 billion.

It was the first time in 15 years that the Redwood City, California-based company had raised its revenue forecast in the first quarter, Jefferies analysts said in a client note.

EA’s shares fell on what appeared to be an underwhelming forecast, but analysts said the company was likely being cagey.

“(EA) is merely trying to rein in runaway expectations for Star Wars, during a highly competitive holiday window for first-person shooters,” Barclays analyst Chris Merwin, who raised his price target on EA by $14 to $82, wrote in a research report.

And expectations are high.

“They’ve done an incredible job with the game,” said Ben Howard, an executive at video game review site GameSpot, who played the game at the E3 gaming industry trade fair in June.

There have been plenty of other Star Wars games over the years, Howard noted.

“(But) I’ve never played a game which felt so much like playing a movie of Star Wars … they’ve got it exactly right.”

A trailer released in April for the game, a reboot of the 10-year old “Star Wars: Battlefront” game published by LucasArts, has already garnered more than 19 million views on YouTube.

The positive reception marks a turnaround for EA, which a few years ago was struggling to grow after many gamers switched to free games on social networks and mobile devices.

Gamers also became disillusioned with what they considered to be the inferior quality of some games, as well as high prices and server glitches that marred their experience.

John Riccitiello quit as chief executive in 2013 after six years at the helm after the company missed several targets.

“I’d rather see them be conservative and beat expectations than suffer through what they did several years back,” said Eric Handler, an analyst at MKM Partners.

The new game will launch a month ahead of the release of Walt Disney’s “Star Wars: The Force Awakens”, the latest movie in the iconic franchise.

EA’s shares have nearly tripled in value since current CEO Andrew Wilson, who has been focusing on expanding EA’s high-margin digital business, took over in September 2013.

The digital business, which involves distributing games through the Internet as opposed to sales of game discs, has driven growth for the past few quarters.

At least four brokerages raised their price targets on EA’s shares on Friday. Even so, EA shares were down 0.6% at $71.87 in afternoon trading.

Of 22 brokerages covering EA, 15 have a “buy” or a higher rating on the stock while seven have a “hold”.