The Fed Might Have Just Made a Big Mistake 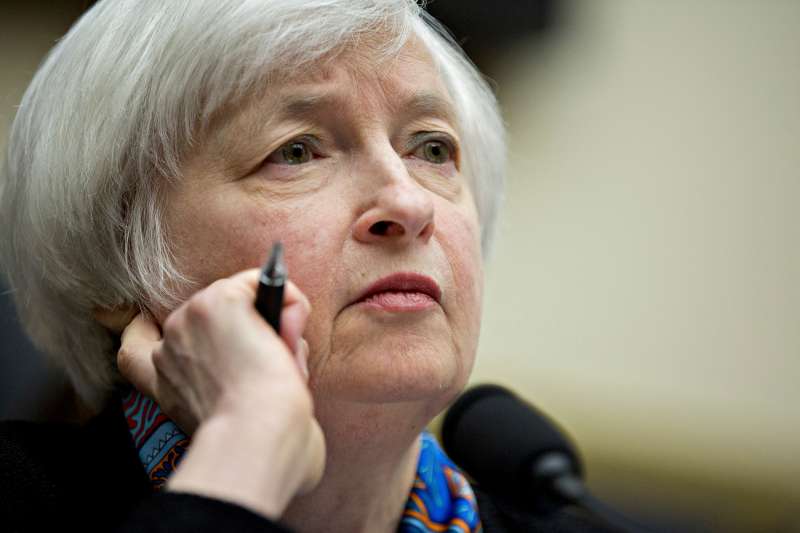 Janet Yellen, chair of the U.S. Federal Reserve, listens during a House Financial Services Committee hearing in Washington, D.C., U.S., on Wednesday, June 22, 2016. By offering a subtle change to her outlook from less than a week ago, Yellen on Tuesday before the Senate Banking Committee pushed the prospect of additional interest rate increases further into the future.
Andrew Harrer—Bloomberg/Getty Images

In announcing their decision, the central bankers conceded that “the labor market strengthened and that economic activity has been expanding at a moderate rate.” But the Fed pointed out that business investment remains “soft” and inflation continues to run below target—at least according to the gauges that it’s looking at.

Based on alternative measures, inflation is starting to creep back.

Regardless, the consensus on Wall Street now is that the Fed probably won’t hike rates until at least December, if not 2017.

Why? Because the Federal Reserve will have raised rates only one time—last December—since the economic recovery began more than seven years ago. And this has been a much longer-than-average expansion, surpassing the average recovery cycle since World War II by nearly two years.

Burt White, chief investment officer for LPL Financial, points out that in the past eight recessions, the Fed raised rates an average of 17 times before the next recession struck.

The risk of waiting

Low rates are usually considered a good thing in that they promote investments, lower borrowing costs, and give families struggling with debt a little more breathing room.

On the other hand, if the Fed keeps rates low for too long—and then realizes too late that inflation is creeping back into the economy—then the central bank will find itself scrambling to reverse course.

“If you wait too long and then have to move aggressively and fast, you could end up overreacting on the other side,” says Jim Paulsen, chief investment strategist and economist for Wells Capital Management. And if the Fed were forced to deal with inflation by hiking rates rapidly, he adds, “there would be a strong likelihood that the Fed would wind up creating a recession, which is the very thing they want to avoid.”

The Fed has openly discussed its desire to target a 2% inflation rate. The implication is that if prices were to rise much faster than 2%, it would be likely to step in and raise rates to cool the economy down.

A few weeks ago, the Labor Department reported that the consumer price index had risen just 1% over the past 12 months through June.

Yet that same report found that so-called core inflation — which strips out volatile food and energy costs — had actually climbed 2.3% over the past year. Six months ago, core inflation was running at 2% and a year ago, it was at a mere 1.8%.

This is not just happening in the United States. “In the U.S., U.K., Eurozone, China, Japan, and Canada—they’re all showing a decisive turn up in core inflation,” Paulsen says. “There’s broad-based evidence of the fastest increase in core inflation in this entire recovery, yet no one is watching because everyone is focused on the collapse in oil prices.”

…and could soon get worse

There are two big forces that could drive inflation higher in the coming months.

The first is wage growth.

Throughout much of this recovery—for much of the past decade, for that matter—wages have largely been stagnant. But the most recent Labor Department report shows that average hourly wages rose 2.6% over the past 12 months. A year ago, wages were rising a more modest 2%.

Inflation is also an outgrowth of an economy that’s heating up.

To be sure, this recovery has hardly been robust so far. But one key indicator, which doesn’t get much attention, is showing signs of accelerate growth ahead: The Citigroup U.S. Economic Surprise Index gauges the actual results of key economic data points against Wall Street expectations in the months prior. This indicator has been steadily improving recently and is at its highest level since late 2014—a possible sign of better times to come.

“I think we’re going to have pretty good growth in the second half” of 2016, Paulsen says.

And that, in turn, could lead to more inflation. “I don’t put high odds on runaway inflation,” he says. “But that doesn’t mean we can’t have strong, garden-variety inflation.”