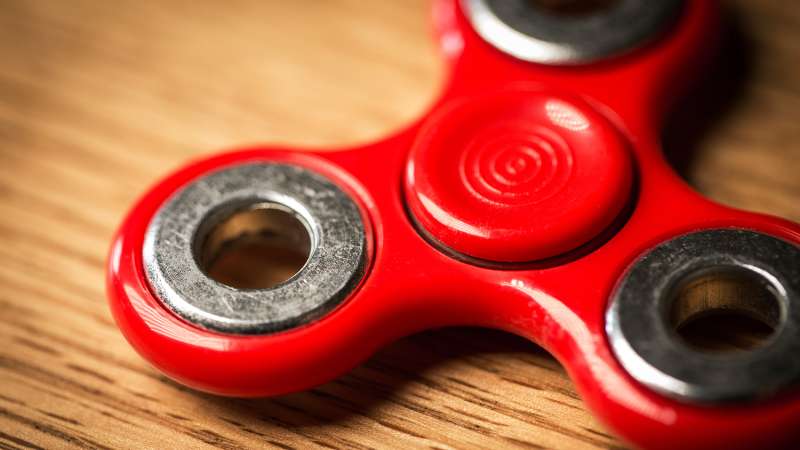 Eric Ripert may be confiscating fidget spinners in the kitchen at Le Bernardin, but a restaurant in Houston has proven that with a bit of creativity, the inane fad can be put to a culinary use.

“Don’t confiscate elevate!” Houston seafood specialist REEF wrote on in an Instagram post. The restaurant was referencing Ripert’s tweet from last week showing that fidget spinners aren’t welcome in his eateries. But in REEF’s post, a video shows how the twirling timewaster can be used to give some circular allure to the plating of a sauce. Once in motion, the spinner flings the liquid into a round pattern. Place a bit of veg and protein in the center, and the result is an eye-pleasing ring.

Reef’s post caught the culinary world’s attention, racking up nearly 20,000 views. Though at least one commenter worried that using a popular children’s toy could be “a sanitary nightmare.” “Bearings filled with non food grade grease, harborage points in everyone [sic] of the caps,” someone posted in response to the video. “You’ll be lucky if you or one of your followers don’t get someone very sick.” But the Reef team quickly fired back. “I have zero control over what others do, if they chose to be unwise and not follow health protocols that is their decision… you see me neither suggesting others do this, nor do I recommend others do the same…” someone from Reef posted. “And you’ll be happy to know, I ate this dish afterward and I’m still alive and well. But thanks for the concern.”

Both parties probably make decent points. If you do choose to cook with a fidget spinner, maybe check to see if it’s been passed around the schoolyard first and use a brand new one like the people at Reef did. But health issues aside, I just think it’s nice to see a fidget spinner being used for something. As opposed to what they’re usually good for which is, by design, nothing.