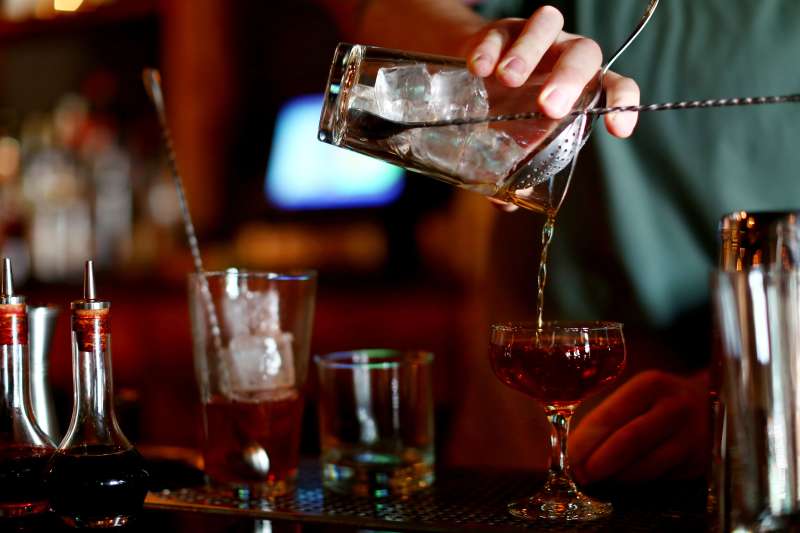 At Bloomberg Pursuits, we love to travel. And we always want to make sure we’re doing it right. So we’re talking to globe-trotters in all of our luxury fields—food, wine, fashion, cars, real estate—to learn about their high-end hacks, tips, and off-the-wall experiences. These are the Distinguished Travel Hackers.

Igor Hadzismajlovic is the co-founder of Employees Only, the award-hogging craft cocktail bar in New York’s West Village that opened in 2004 and was the subject of the documentary, Hey Bartender. He has helped spearhead the bar’s recent global expansion, opening outposts in Miami, Singapore, and Hong Kong.

His favorite airline is Cathay Pacific Airways Ltd. “I love the whole thing—even the interior design is very subdued and sedate, which is just what you want on a long flight. And they have fabulous ice cream, which I don’t care for personally, but my wife loves it.”

In the 12 months since EO’s branches in Singapore and Hong Kong opened, Hadzismajlovic has made 15 trips between them; indeed, he now lives in Asia with his wife. He also treks back stateside frequently to check in on the Employees Only mothership in New York.

How to sweet-talk your way onto an airline staffer’s best side—and into the premium cabin.

Dev Johnson, probably our most charming bartender at Employees Only in New York, gave me a tip once: to buy chocolates at Duty Free before your flight and gift them to the flight attendants when you board. Dev would always do that. When they look at your tickets and say ‘Left or right?’ he would respond ‘This is for you, guys.’ They’re often overlooked and under-appreciated, so it truly surprises them when you turn up with a small gift. Your in-flight service will never be better—perks here and there for a very small price.

I do a similar thing. I always try to call people by the name on their nametag. You’d think it would be more common, but the way they respond to it? You don’t get that ‘automatic smile.’ I got a crazy silly upgrade to business class that way once. I worked the whole night, and I was catching an 8 a.m. Emirates flight via Dubai to Jakarta. The lady checking me in at JFK saw me—disheveled and a little drunk, to be honest—but I also called her by her name. I was the last passenger checking in, and she upgraded me to business class after that. It was a nice gesture, and no skin off her back.

How to find the hottest nightlife and bars in an unfamiliar city.

If you want to find out about a new city’s nightlife, go into a bar recommended by your hotel on the early side on a slow night, and introduce yourself. That’s when the bar is at its quietest, there’s downtime, and the bartenders can chat it up a little. Just ask them where to go!

That’s what happened to me the first time I went to New Orleans, in 1998. I’d been in the States maybe two years. We went early and the bartender told us about this band, the Rebirth Brass Band. They play every Tuesday at Maple Leaf Bar. We got rerouted there without doing any research, just by an act of friendliness. And I fell in love with brass music instantly. I’ve played a lot of their music in the bar ever since—when the room is full and it’s jamming on their songs, it’s pure mayhem.

Yes, you should still tip, even outside America.

Even in non-tipping countries, I still like to do it. It’s a karmic thing. And of course, you’d be surprised how many extra doors tipping will open for you—and just for a little money. I took a trip to Rome, and we tipped the guy at the bar. It was maybe Tuesday night. When we went back in Friday, the place was packed and there was a line to get in, but they pulled us out of it and rushed us inside like we were celebrities.

Singapore is even safer than you assume.

Singapore is very by-the-book. You can go to a bar, drink, and leave your cellphone and wallet on the bar to go to the bathroom. And when you come back, they’re still there. The hawker centers [full of street food stalls] are a frenzy at lunchtime, as the office workers go out between 1 and 2 p.m. They run to the tables, and they leave their cellphones there to reserve them while they go pick up the food. I’ve lived for 20 years in New York, where you would never leave your cellphone to hold a seat. Are you crazy?

The best city for drinking right now might surprise you.

Seoul is the craziest drinking town I’ve ever seen. Alice serves funky, experimental drinks that are good for before dinner, and Soul Train is a fun dive bar for late-night shenanigans. But it’s not just the cocktails. I remember landing there the first night: We went to a Korean Bar B-Q kinda place, and the ta ble next to us was six guys. And one of them passes out at the table. I’ve been bartending for 20 years, and my instant reaction is, ‘Is he OK?’ But the rest of the table looked at me like I was the weird one. They continued their conversation, and the guy was sleeping by himself. And then a couple hours later, he got up, shook his head, had some water, and continued drinking. I realized this was normal there.

Need an alternative to Phuket in Thailand? Try this strategy.

Every five years on my sabbatical, I’ve traveled to a different country in Asia: Thailand, Philippines, Indonesia, Malaysia, Vietnam. I would just land in the capital of each country, then take a bus or a train to a beach town that was not too touristy—if there was a McDonalds, it was probably not my scene, that was my rule—and there was a good local pick-up game of beach volleyball. My favorite place was on a small peninsula near Krabi [in Thailand]. It’s a beach town called Railay Beach, surrounded by limestone cliffs, and it’s one of the biggest rock-climbing destinations in the world. It also means cars aren’t able to access it, so I got there by ferry and then took a little dinghy to the beach. I landed, had lunch, and by 4 p.m. I was playing with the locals. All the different countries are on the same timetable, starting at 4 p.m., because before then, it’s too hot.

Need a truly fresh place to visit? Try this formerly communist corner of the Mediterranean that’s as throwback-ish as Cuba.

The island of Vis is like the Cuba of Europe. Landing there is like landing on Mars. I’m from Bosnia, so it was always on my radar, but Vis is an underdeveloped island off the coast of Croatia that hasn’t gotten the attention it deserves from travelers, likely because it’s the farthest island from the mainland. When Croatia was a communist country, it was a military base, so foreigners weren’t allowed to visit; it only had domestic tourism, so there’s none of that dull mass-tourism architecture or boring hotels. I spent two weeks there, camping, and I slept in a hammock at Kamena Plaža (Stone Beach) near town of Komiža.